Hi DC fans, ever since the trailers hit for Batman v Superman, there have been fan-based theories on how Doomsday may play a role in the upcoming blockbuster. Several analyses have explained how the villain may be introduced into the fold, and to that end, we have come across some information from an inside source who worked on the film.

Sean Ray is a 3D artist who works at an organisation called Moving Picture Company, who have just finished the visual effects on Batman v Superman. Mr. Ray posted on his offical instagram account making mention the project had wrapped, and while talking with fans online, he surprisingly revealed information on the film supposedly confirming that Doomsday WILL NOT be in the upcoming 2016 film.

Batman v Superman is wrapped, one the best films i have worked on! My inner child is happy! I’m the biggest superman fan ever! So it was a dream to work on it! Looking forward to seeing it on the big screen in March! I can’t wait !! Good job everyone who worked on it 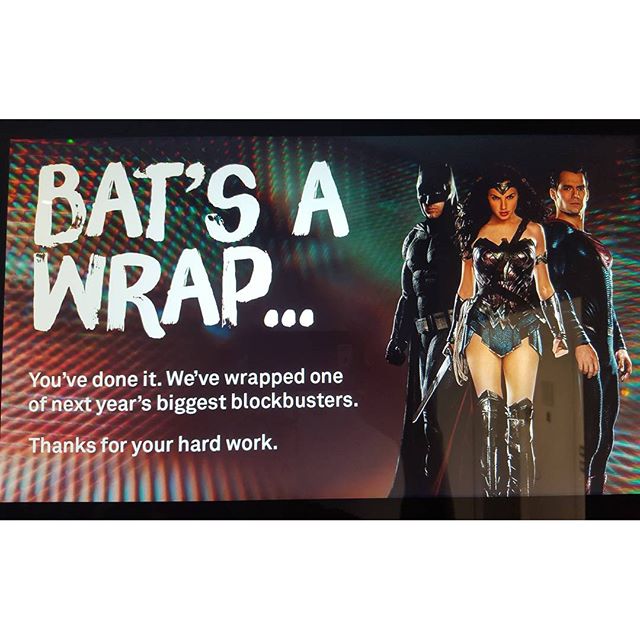 He then goes on to say the following in response to a follower: 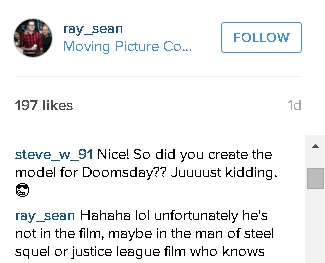 Batmobile From ‘Batman Returns’ Goes On Sale For...

Tim Burton’s Batman Has Been Re-imagined As A...