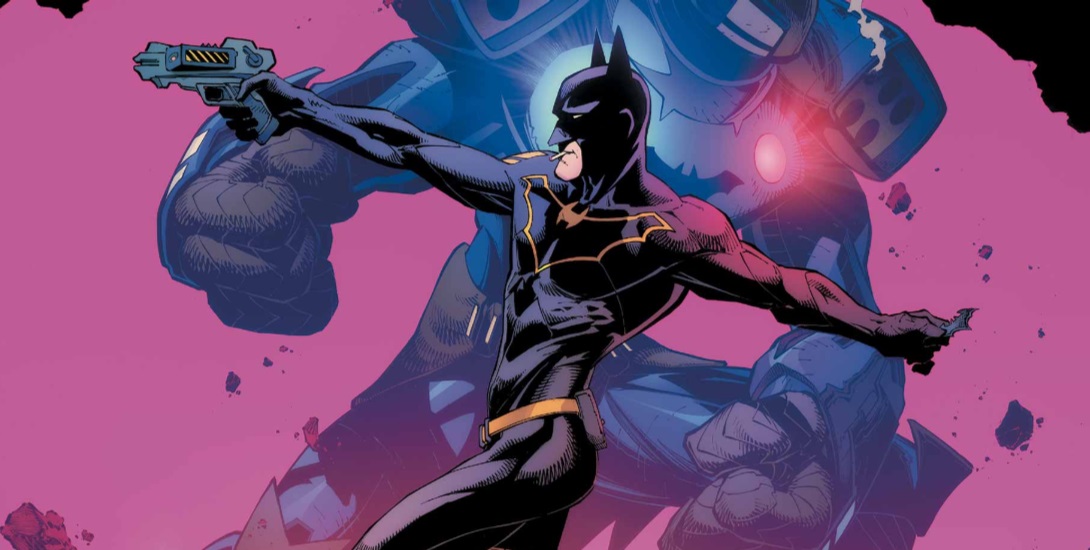 Two months later and we pick up right after the events of Batman #43. Batman has found himself in a bit of a jam, about to be burned alive, thanks to the actions of the Devil Pigs. However, he finds a way out, as he always does, and stubbornly takes on the crew, only to get ambushed. Luckily, robots are a common thing these days and the Batbot comes to save the day. Gordon learns that every action has a reaction and now he’s asked to retire and to help choose a successor. At the announcement, as is always the case, the villain sees this as an opportunity to strike (A lot of people all in one spot. Hmm… what an idea!). Meanwhile, Bruce is going through more life reflection with Miss Madison and even surprises her with a new playground for the kids which will make you smile, but still feel a little dirty.

I really enjoyed how this month’s issue began. We always get internal dialogue from the characters, but Snyder crafted this one a little different, as Gordon gives us a play-by-play into his way of thinking and his weighing of options to get out alive. It’s quick, it’s exciting and builds up some great tension. We then go from that into the worst ass-whooping he’s received as the Dark Knight, which I also enjoyed because it raised the stakes a little bit.

Unfortunately, that’s the highlight of the issue. I’m starting to feel a little impatient with the way “Superheavy” is playing out. A lot of time is being spent with Gordon figuring out how to be Batman, which will soon be for naught, I’m sure, because Bruce will be putting on the cape and cowl come Batman v Superman time. Gordon’s only suited up for like 6 months and now he’s being asked to take it off?

And though I’m digging the relationship between Bruce and Julie, we don’t really get anything new in this issue. He doesn’t remember his life up to this point, blah blah blah. It didn’t cut it for me. As for Mr. Bloom: the worst villain showing up in Snyder’s run to date (oh yes, I’m even counting Crazy Quilt). The guy is absent for 90% of the pages, yet his threat doesn’t really haunt the pages like a good villain should. I don’t care about him, or what he does and that is what is taking me out of this story. I’m not feeling much for anything here except annoyance. I’m not even going to go into yet ANOTHER Robin being considered.

The saving grace for this issue? Capullo’s art. By now, you know what to expect and the man never lets you down. His best pages in #45 are definitely the scene between Bruce and Julie. Somehow, he just knows how to focus on those eyes. 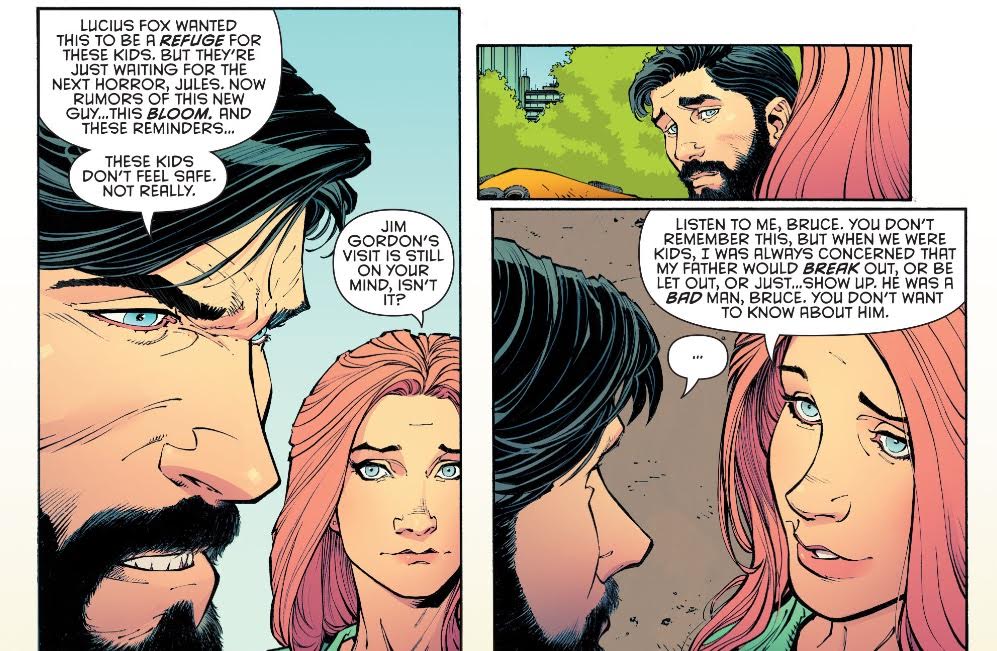 Overall, “Superheavy” is feeling just that. It’s not that I can’t wait to see what will happen next, but I can’t wait for it to be over, which pains me to say because I will buy anything Scott Snyder writes. The words here just aren’t doing it for me.