New York Comic Con didn’t just end today – it went out with a bang. Warner Bros. TV arrived in full force, showcasing several of their hit shows during their “Takeover” event. Gotham was obviously part of that and we have the finer pieces of information to share with you from their panel.

With the beginning arc of Season 2 being titled “Rise of the Villains,” Stephens stated the obvious: “We wanted to tell the story of how supervillains came to be in Gotham.”

He also wasn’t shy about addressing this season’s body count, which is starting to rival what Arnold Schwarzenegger amassed in Total Recall (1990). “At its core, we want the show to feel dangerous. When you’re dealing with an origin story, the audience feels like they know where it’s going to go.” 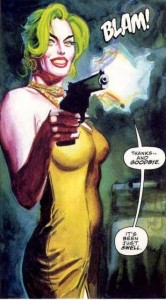 Thrillkiller’s Bianca Steeplechase. Erin Richards could certainly pull it off.

Erin Richards’ Barbara Kean is certainly no stranger to dastardly activity. “From the beginning, she had signs. I think the turn of her killing her parents was genius.”

Stephens also didn’t shy away from the possibility of the Joker being female in this universe – or it being Barbara. This wouldn’t be the first time there was a female Joker, as it has happened in several alternate universes in the comic book realm. Batman: Thrillkiller featured Bianca Steeplechase and Martha Wayne became the Joker in Batman: Knight of Vengeance, a product of the twisted Flashpoint universe.

Moving on, Robin Lord Taylor proceeded to drop a bomb when discussing what’s coming up for his character, Oswald Cobblepot: Paul Reubens will be be playing his father! “Pee-Wee Herman is playing my dad! What the hell? Oh my god!” He will apparently show up “very soon.”

Reubens is no stranger to the Batman universe, having played the father of Danny DeVito’s Penguin in Tim Burton’s Batman Returns. Not only that, he voiced Bat-Mite on several episodes of Batman: The Brave and the Bold. 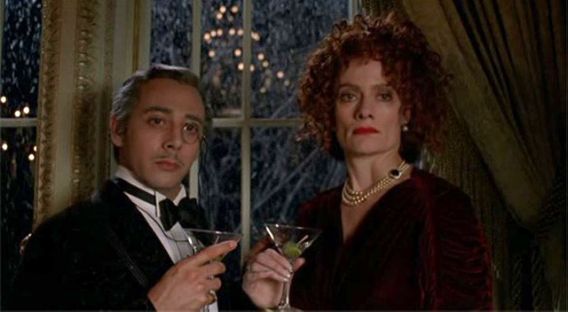 Before the panel closed, Stephens had to say something that’s sure to make the internet buzz regarding Jerome Valeska (played by Cameron Monaghan), the proto-Joker:  “If you watch the episodes closely, as they go forward this year you’ll start seeing the seeds of the way that story will continue to develop. And we probably have not seen the last of that fellow.”

One has to wonder if that statement was made in response to the unbelievable backlash caused by Jerome’s death in the most recent episode. We do have to consider the possibility that WB and Fox took notice of how beloved Monaghan became in such a short time and the online community didn’t take too kindly to his character’s demise. Nobody stays dead in comics and perhaps Gotham will follow suit.

As an added bonus, here’s the NYCC Gotham sizzle reel for your viewing pleasure.