Batman Returns had a lot of interesting things in it that stuck out, mostly because Tim Burton had carte blanche to put in anything after the smash hit that was Batman ’89. Michelle Pfeiffer’s outfit, Christopher Walken being Christopher Walken, and penguins with rocket launchers are among just a few of the more memorable things from the film.  The opening of the movie was particularly memorable due to the fact that Pee-wee Herman himself, Paul Reubens, was the Penguin’s father and tried to murder his infant son because high society would never accept a baby Danny Devito into their world. Reubens and Burton had worked before on Tim Burton’s first major flick, Pee-wee’s Big Adventure, back in ’85, and so he thought it’d be fun to give him a cameo, along with Diane Salinger. That’s what made the announcement that Reubens would be reprising his role as Oswald Cobblepot’s father in Gotham so interesting. 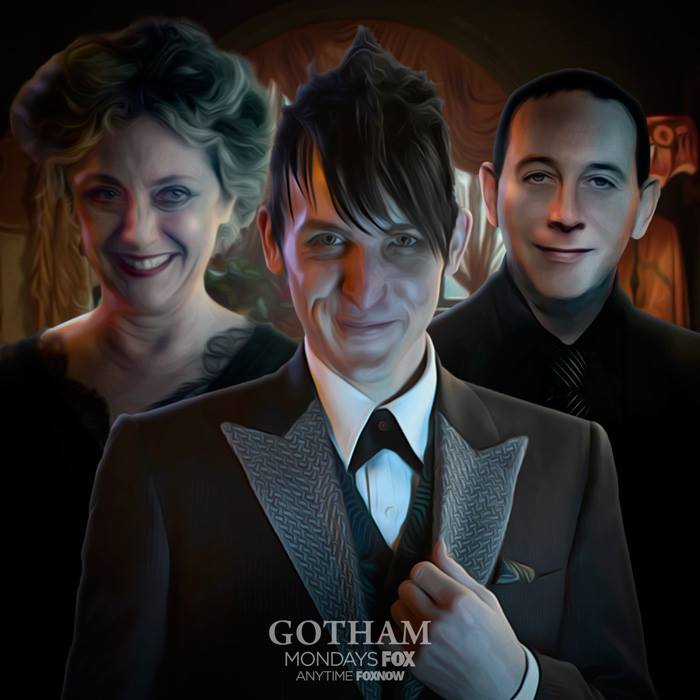 Here you can see the family portrait, and already, I can tell you this Dad is Dad of the Year compared to the one from Returns. Here they are, all together, and he’s not trying to drown his son in the river. It’s the little things that make a difference like that. They’re even smiling. It remains to be seen how much better a father he actually is, until he appears on Gotham, later this season.