Back in 2007, a little known game developer known as Rocksteady was assigned to create a Batman game for the newest generation of consoles. Up until that point, Batman games had had a tumultuous history. There are a few gems here and there, but nothing that ever captured the attention of the mainstream. There was certainly pressure on the British devs to create something special, but the level of anticipation couldn’t have been very high. And then on August 25th, 2009, Arkham Asylum was unleashed upon the world and it exploded. The game was lauded as the most immersive Batman experience ever for its revolutionary free-flow combat system, stealthy predator missions, wide range of gadgets, use of detective skills, dark and gritty tone, story courtesy of Paul Dini, and performances from Kevin Conroy and Mark Hamill. At the time, I was hearing that it was the first game that actually made you feel like you were the Dark Knight. Of course, it would go on to spawn three sequels, Arkham City, Arkham Origins, and this year’s, Arkham Knight. Since then, the universe in which this series takes place, lovingly referred to as the Arkhamverse, has become its very own beast. 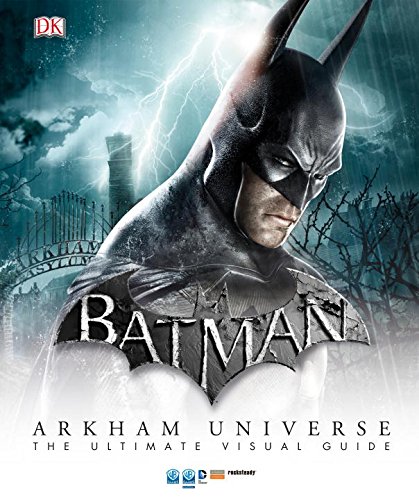 With the end of Rocksteady’s time with the Bats, WB and DC Entertainment have put out a new coffee table book similar to Batman: A Visual History, entitled Batman: Arkham Universe: The Ultimate Visual Guide. It’s a rather nice send off for the accomplished game developer to immortalize Rocksteady’s work in such a nice collectible tome.

The book acts like a encyclopedia of sorts for the Arkhamverse, with the added bonus of high-quality screen caps from the critically-acclaimed series. The majority of the book is composed primarily of profiles on Batman, his allies, and his rogues gallery. Each of the profiles provides insight to the character and all of his/her appearances or encounters with Bats, which I found interesting. I’ve played the main series titles, but have missed a few of the portable titles as well as several of the DLC packs and the book helped to fill in some gaps that I wasn’t even aware were there. Even more so, the book provides an actual timeline of events, highlighting major plot points from each game. More details are then covered later in the book in certain profiles, such as the profile on Arkham Asylum. 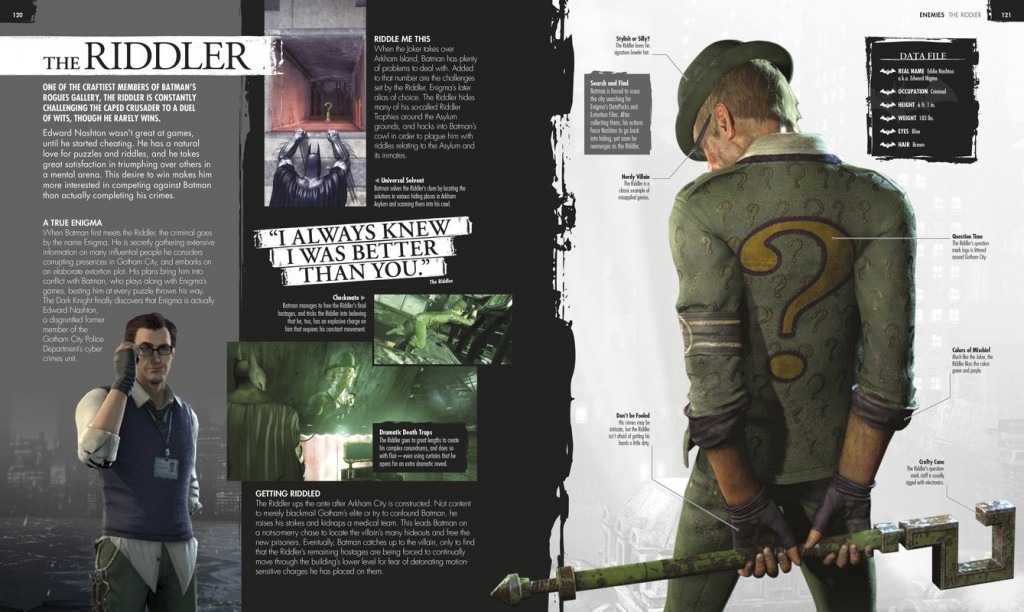 Possibly my favorite part of the book was the in-depth look at all the gadgets in Bats’ arsenal, providing highly-detailed photos. While playing, it’s really difficult to pay attention to the gadgets in the middle of a mission. Now, I know how they actually look. It’s pretty neat seeing the aesthetic differences between the Remote Electric Charge and the Disruptor. I often get them confused during gameplay. There’s also a pretty in-depth look at the Batmobile, which I found pretty darn cool. 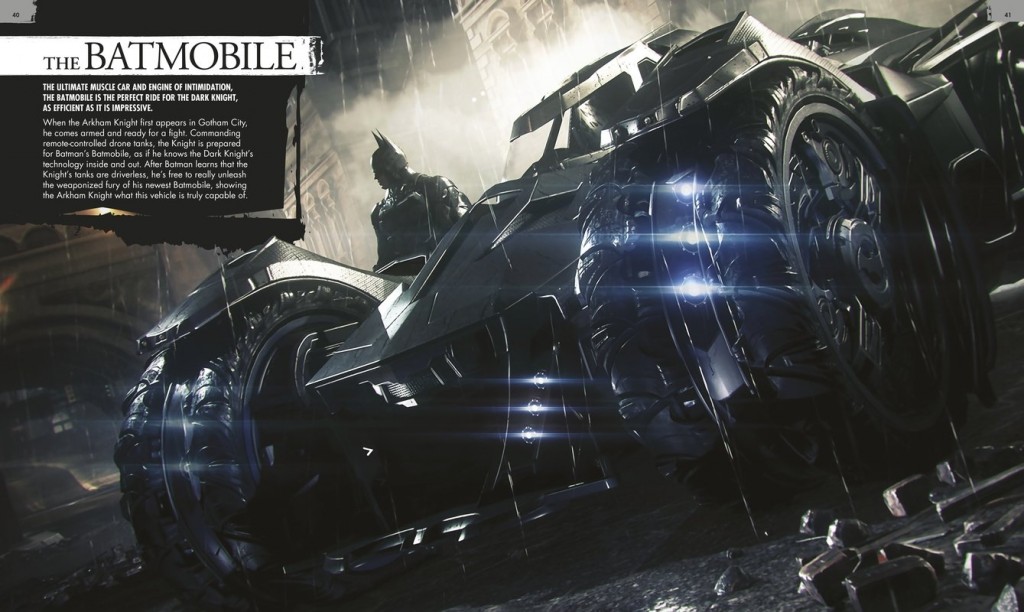 Something that also stood out was the catalog of alternate skins for Batman. There’s a 6-page grid of the various DLC Batman skins that the game has featured over the years, each with an awkward blurb refusing to   acknowledge the source of the suit, but still providing a cryptic reference to its source material (That nobody will get if they don’t already know the source material). It would have been a great opportunity to educate some people on comic book history for the book to discuss the comic book origins of that particular Batsuit. Instead, we have ham-fisted attempts to explain away why the Arkhamverse Batman would have a suit that makes him look like he’s 55 years old or one that makes him look like a cartoon.

This ties into the biggest gripe of the book. Manning seems intent on attempting to fit everything within the Arkhamverse and the reality of the games, that it’s incredibly jarring and strange. There is literally no mention of the separate game titles, just a description of events in the life of the Arkhamverse’s Batman. For example, rather then acknowledge the different appearances of Bane in Arkham Origins and Arkham Asylum, Manning simply says something to the effect of “his appearance has changed over the years.”

Here’s the skinny: The book celebrates the world that Rocksteady has created over the years with beautiful photos as well as providing informative tidbits about practically any element of the games you ever wanted to know. For a nerd like me, I really enjoyed finding out the specs of the Batmobile. However, it’s not very in-depth and is so strangely attached to their world, that it doesn’t even want to acknowledge that it’s a game series or any of the comic book material on which it is based. And that severely limits what the book can cover. As a collectible and loving tribute to the series, it’s worth owning. As an encyclopedia, you’re better off checking the Arkham Wiki.

New Photos and Clip from ‘Gotham’ S2E3, ‘The Last Laugh’

A Podcast For All Seasons: S2E9 – Rise of the Villains