At San Diego Comic-Con, DC unveiled something I never knew I wanted. Back in July, they revealed that Batman would be crossing over with IDW’s Teenage Mutant Ninja Turtles. I honestly never imagined that the heroes in a half-shell would ever meet the Dark Knight and now that it’s happening, I want it so bad.

The news coming out of last week is that Comicosity got the official cover, variant cover, and solicit for the first issue of the 6-issue mini-series coming out in December. 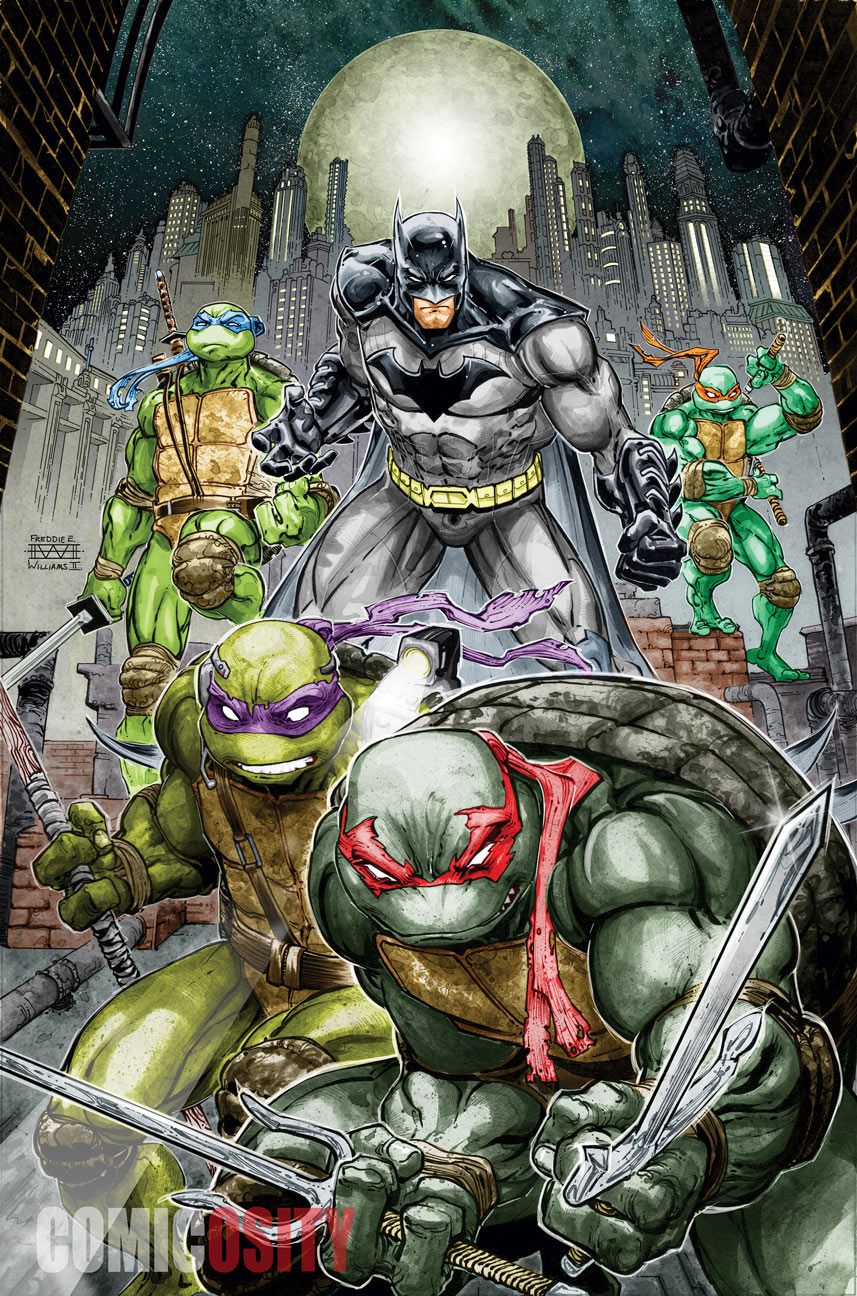 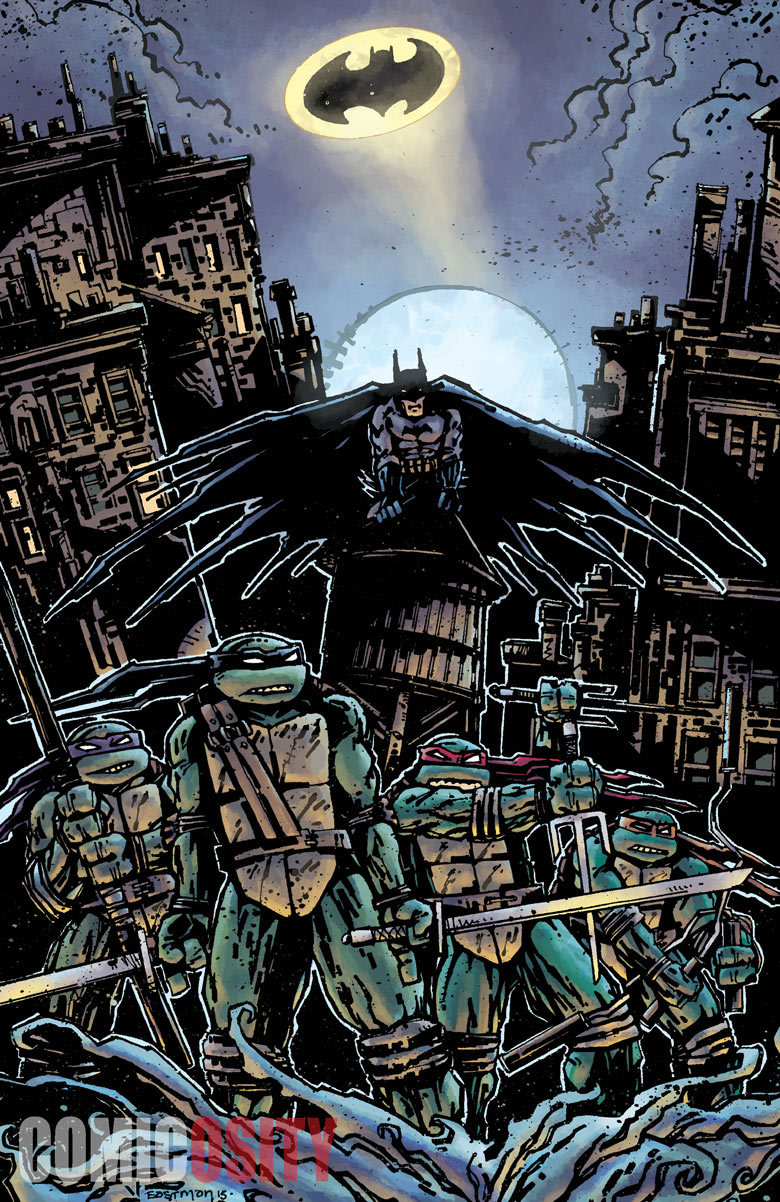 DC Comics and IDW team up for the crossover you never saw coming as two of the greatest entertainment icons meet for the first time! In Gotham City, a series of deadly raids leads Batman to believe he’s up against a group of highly trained ninjas known as the Foot Clan! Somehow, they’ve crossed over to another dimension and are determined to take advantage of the situation while looking to get back home. But they haven’t come alone: Leonardo, Raphael, Donatello and Michelangelo are hot on their trail. Get ready for excitement as heroes and villains from both worlds clash and team up in an epic battle that threatens the very fabric of reality!

Writing duties are being handled by James Tynion IV with art by Freddie E. Williams II. Although I’m really liking the look of the Turtles in Williams’ cover, Kevin Eastman’s variant cover is just so much cooler. I love the way Eastman drew Bats’ cape and the Turtles’ ‘too cool for school’ side glances… because, you know, cool kids don’t look straight into the camera.

I’m not the largest Turtles fan around, but I definitely love the characters, so this, although a little odd, seems very fun and worth checking out.

What do you think? Do you believe the Turtles are welcome in Gotham? Or do you think they should stay far away?