In case you haven’t heard, Batman Day returns Saturday, September 26! Full details can be found in the press release at the bottom of this article. But perhaps the juiciest takeaway is that a free comic book will be distributed at participating comic shops and retailers – Batman Endgame: Special Edition #1. It contains the first chapter of Scott Snyder and Greg Capullo’s Endgame story arc and an 8 page preview for Batman & Robin Eternal. Retailers with exclusive covers include:

Here are the standard and FYE exclusive covers courtesy of Comic Vine, both drawn by Greg Capullo. What’s interesting about the FYE one is that it was the original cover for Batman #1 (New 52). 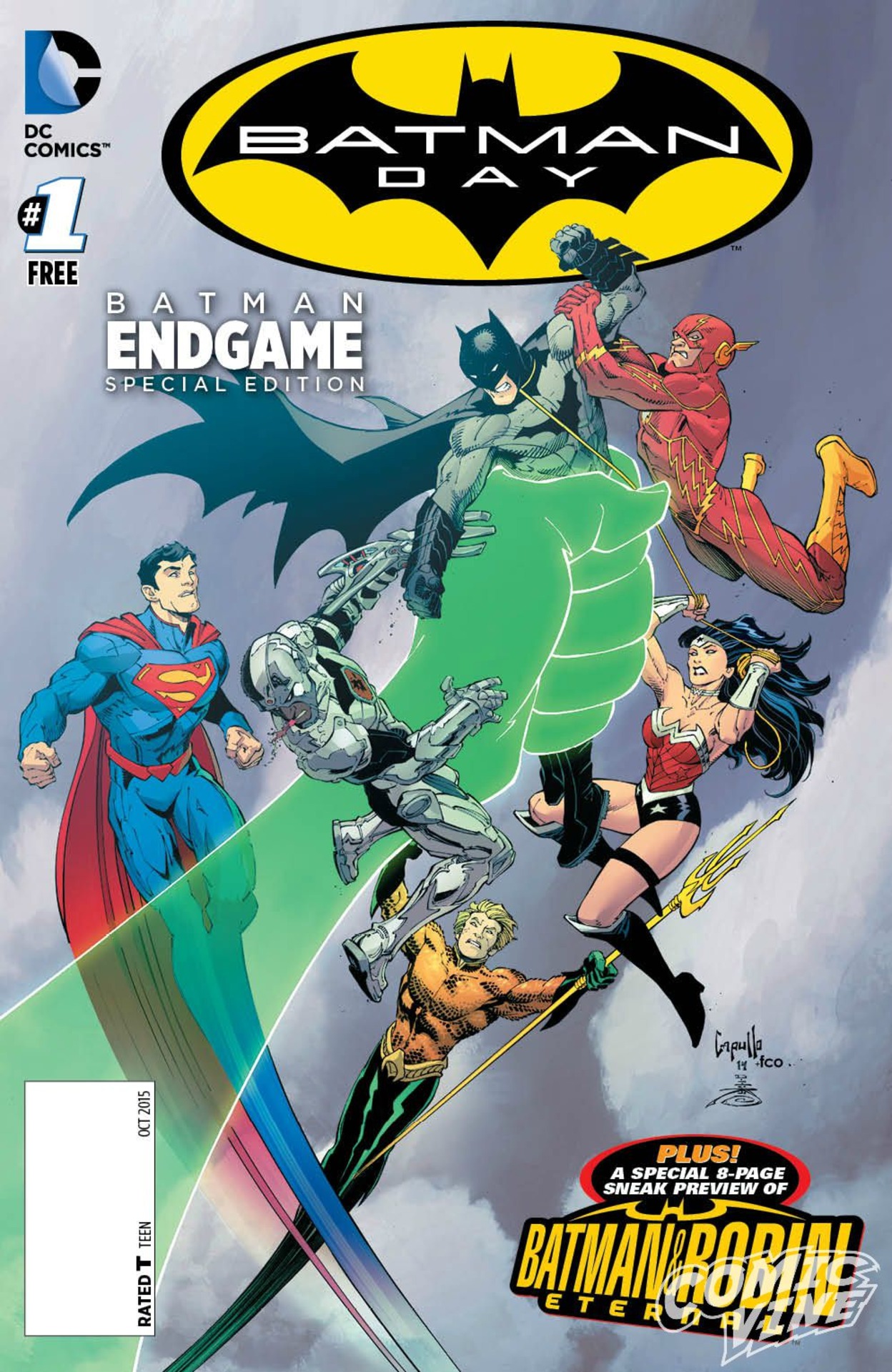 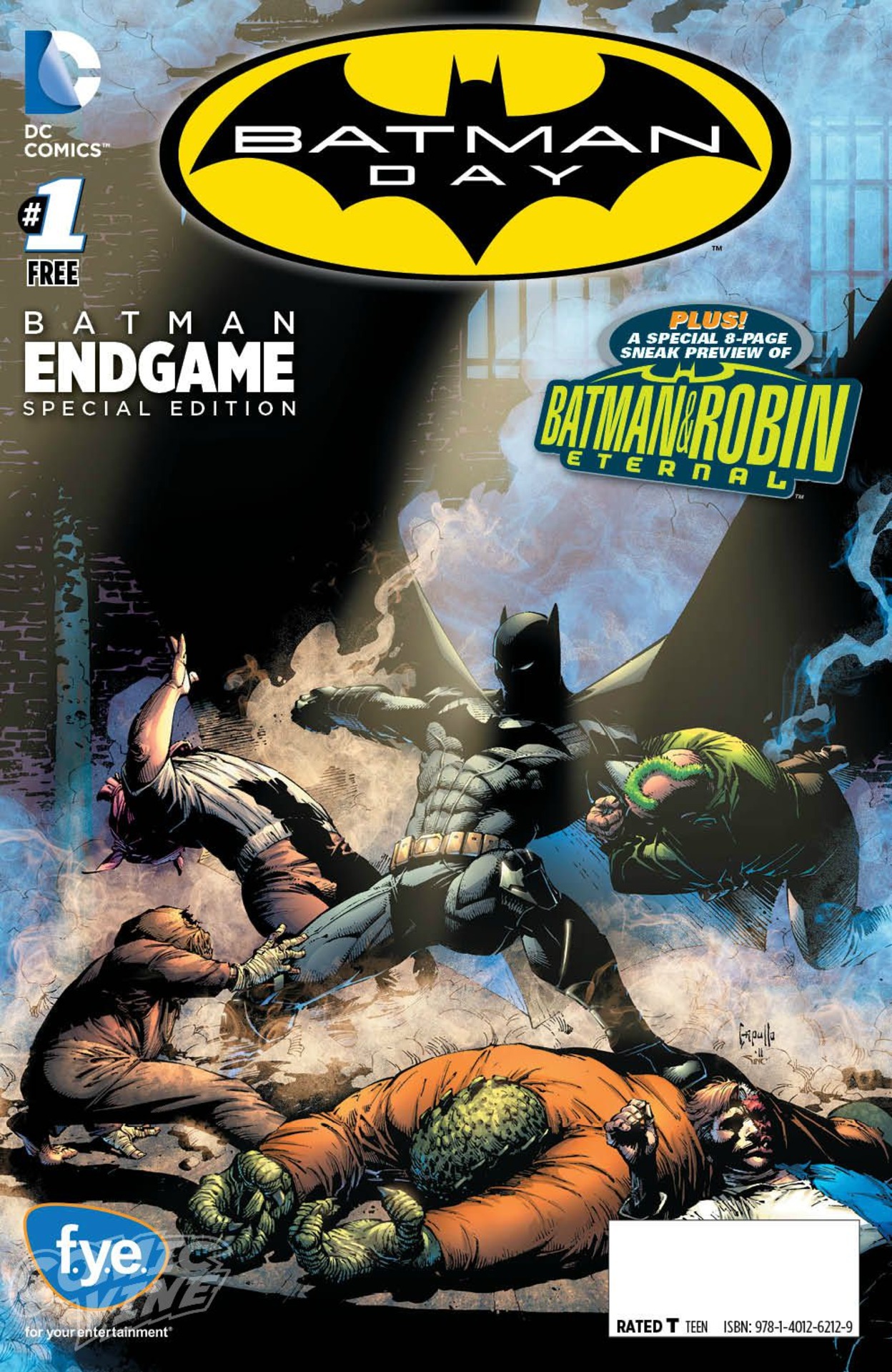 Here are Hastings and Spencer’s covers by Greg Capullo (I believe this was originally Court of Owls interior art) and Ivan Reis (originally for TV Guide), respectively. Images courtesy of DC Entertainment. 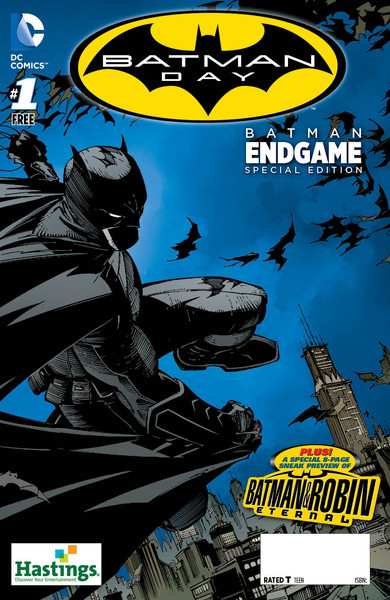 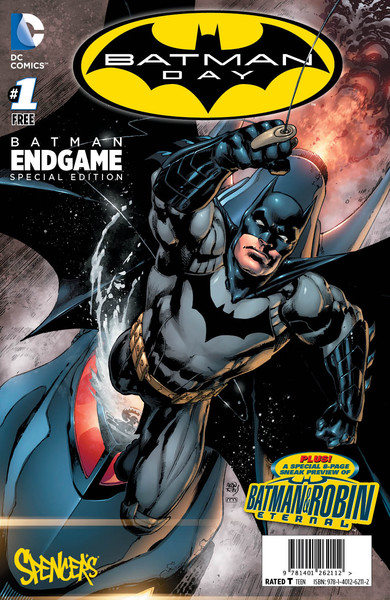 These next two will be available via Books-A-Million and Amazon. The first is by Jason Fabok (originally Batman Eternal #1) and the second is by Jim Lee (originally a Batman: Arkham Knight – Genesis #1 variant). Thanks go to Comics Alliance. 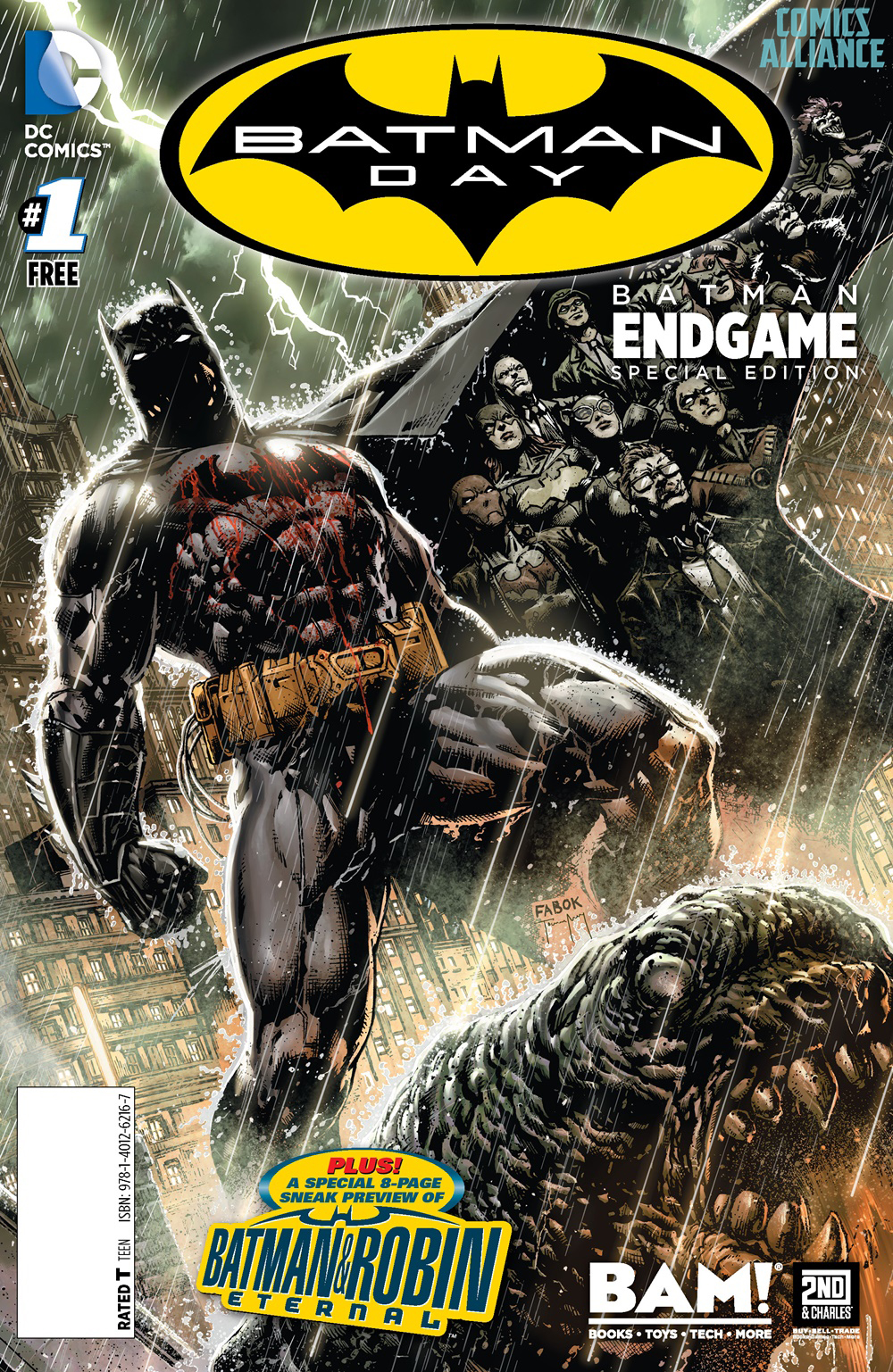 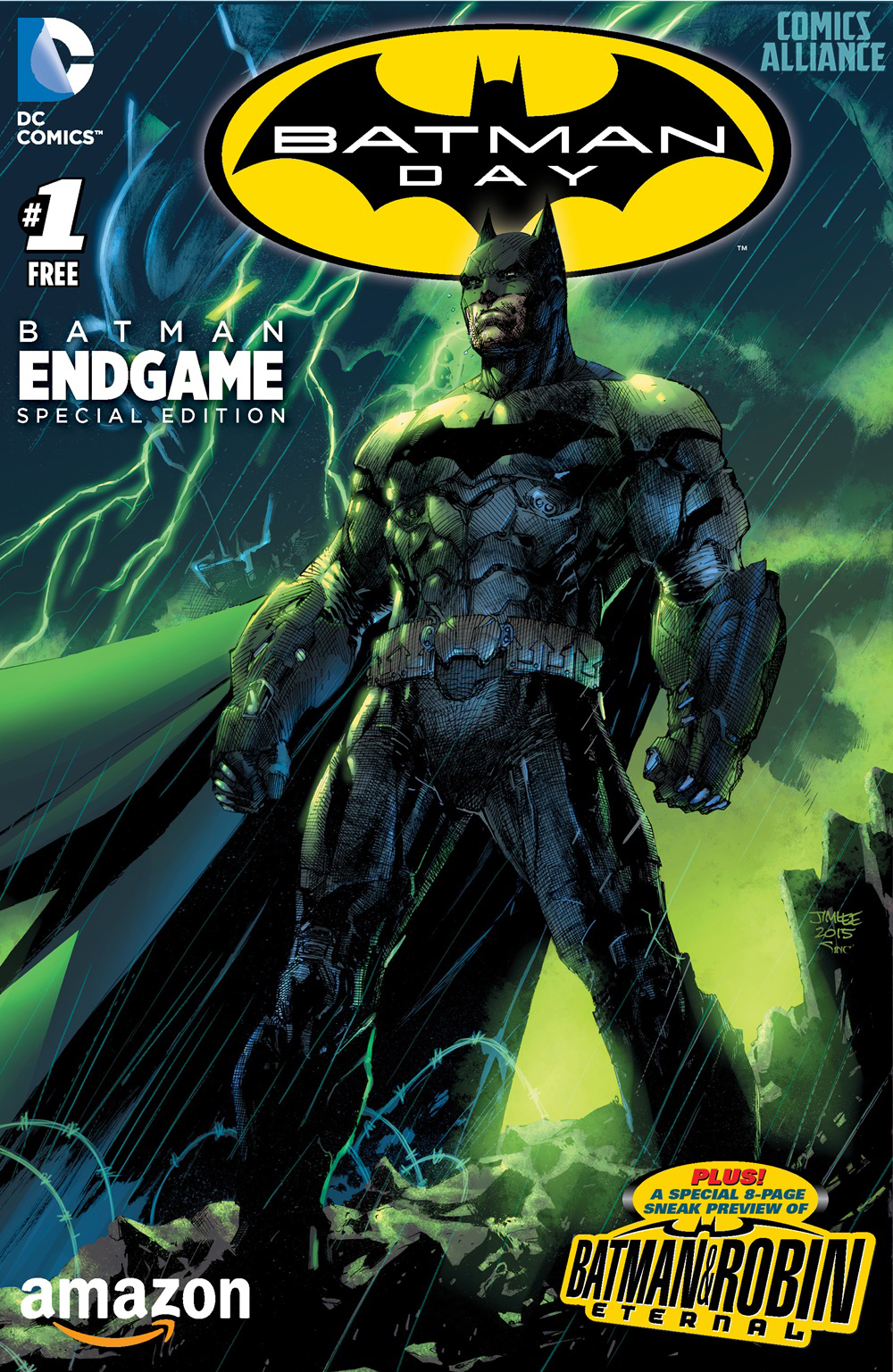 The next two can be acquired via Comixology and Hot Topic. The first is by Jason Fabok (from his Detective Comics run) with the second from Jim Lee, which I believe was a Comic Con poster. Thanks go to Uproxx. 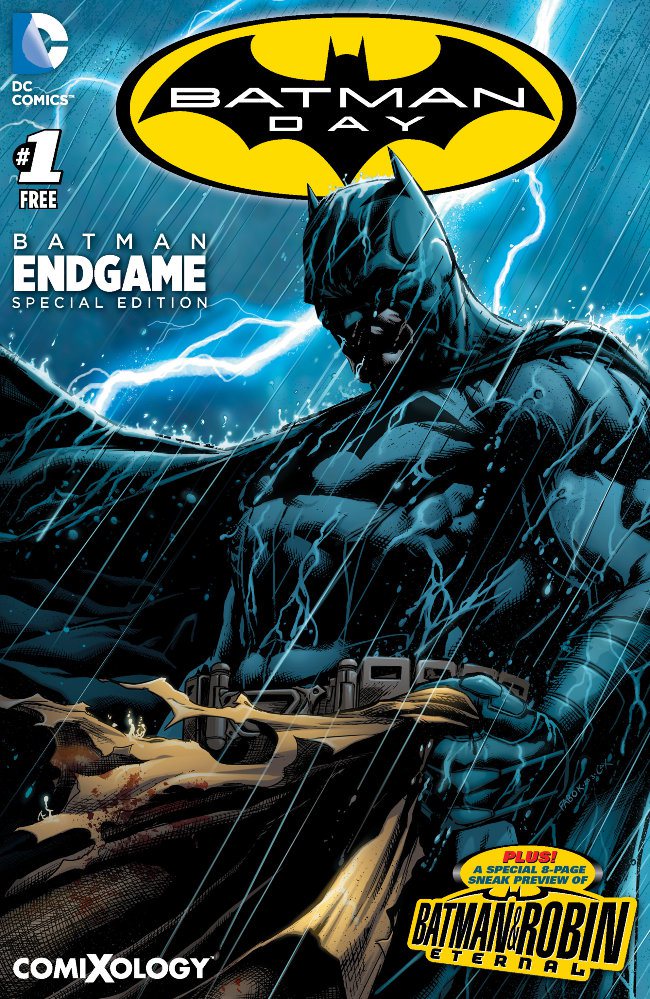 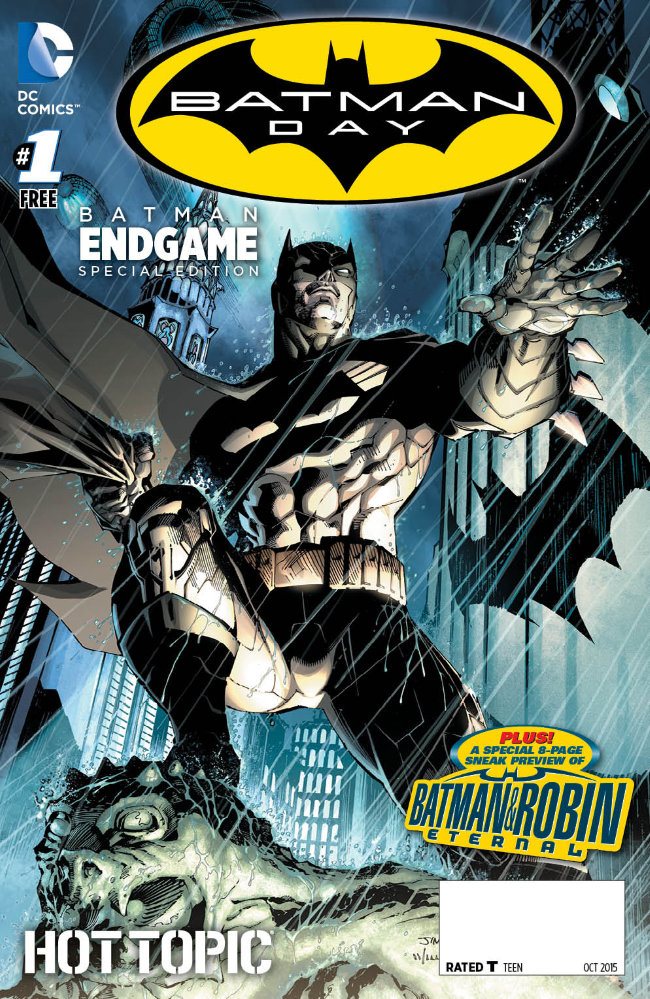 These next handsome entries can be found at Best Buy and iTunes. The first is by David Finch (originally Batman #700) and the second is by Dan Panosian (Batman: Arkham Knight). Comic Book Movie had the exclusive on these. 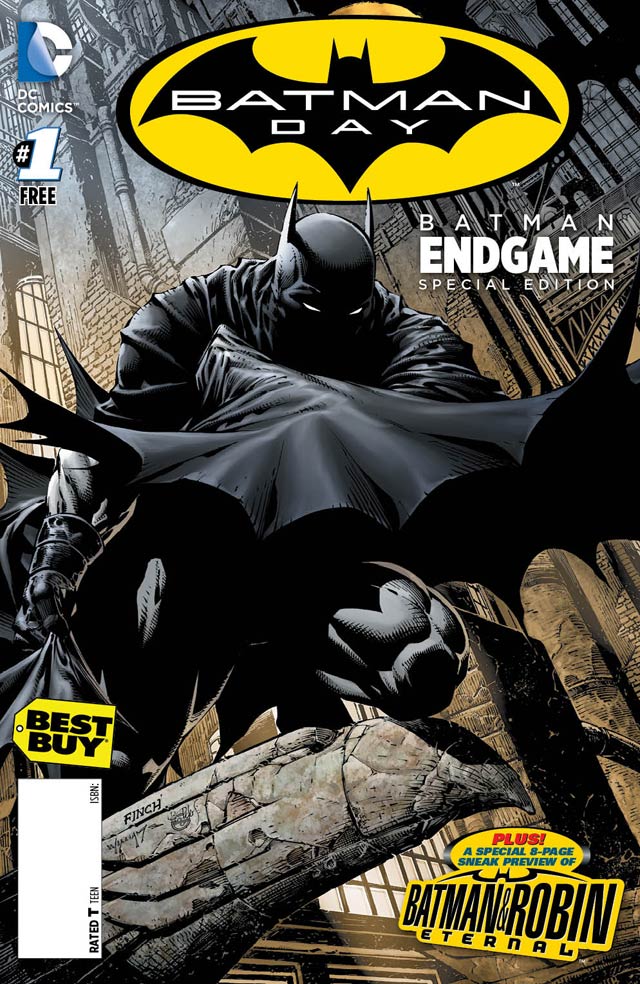 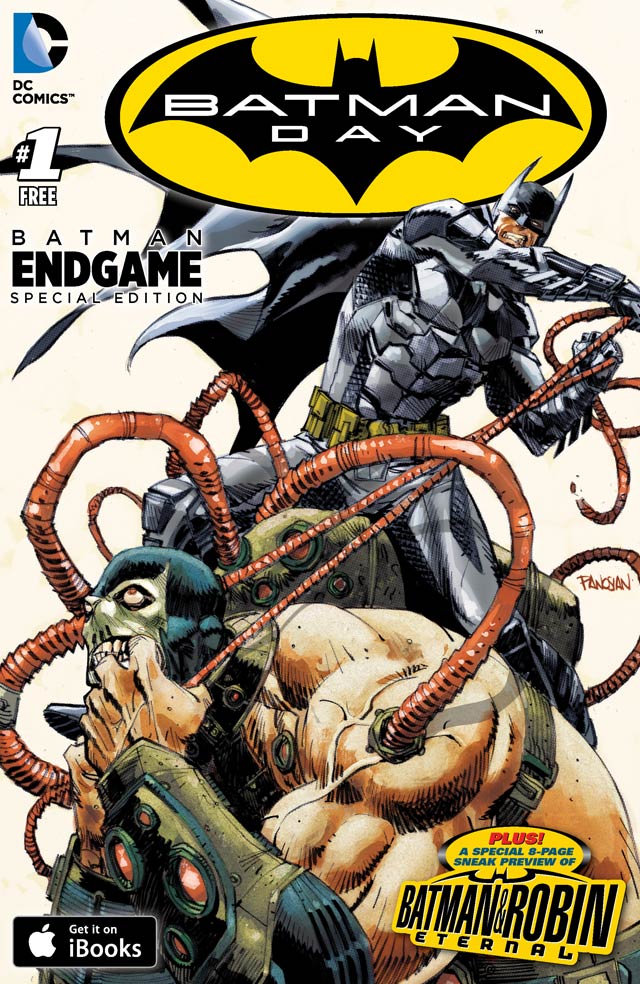 Finally, we have ones to be found at Barnes & Noble and Nook. The first is by Greg Capullo (Endgame) and the second is by Pat Gleason (Batman and Robin). Ain’t It Cool News broke these. 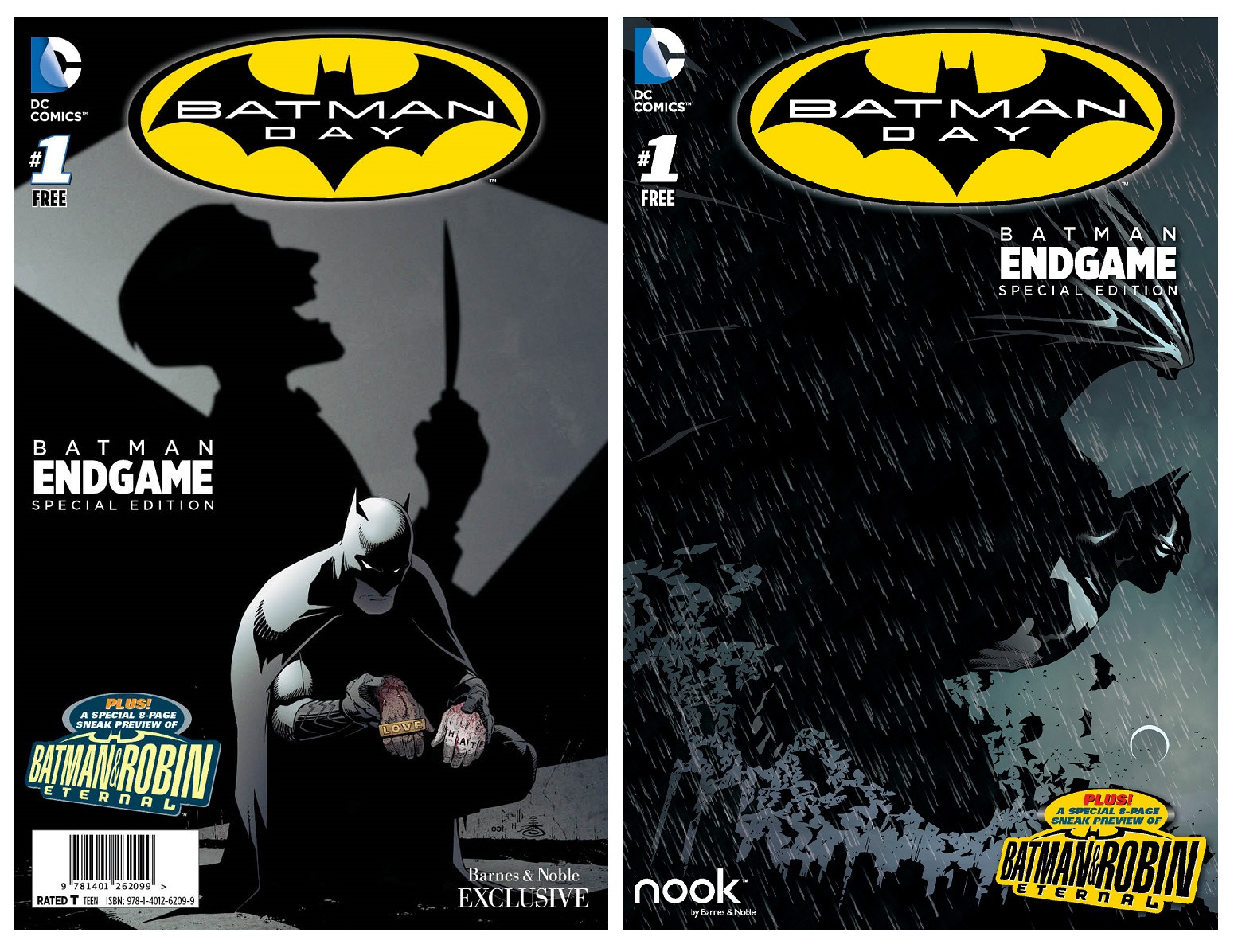 UPDATE: Two more covers have been revealed. The first is the Google Play exclusive by Ethan Van Sciver (originally a Batman #1 variant) and the second will be found at Gamestop, though I can’t place the artist or original cover. For now, we’ll call it “Tainted Gotham.” Credit goes to Comicbook.com. 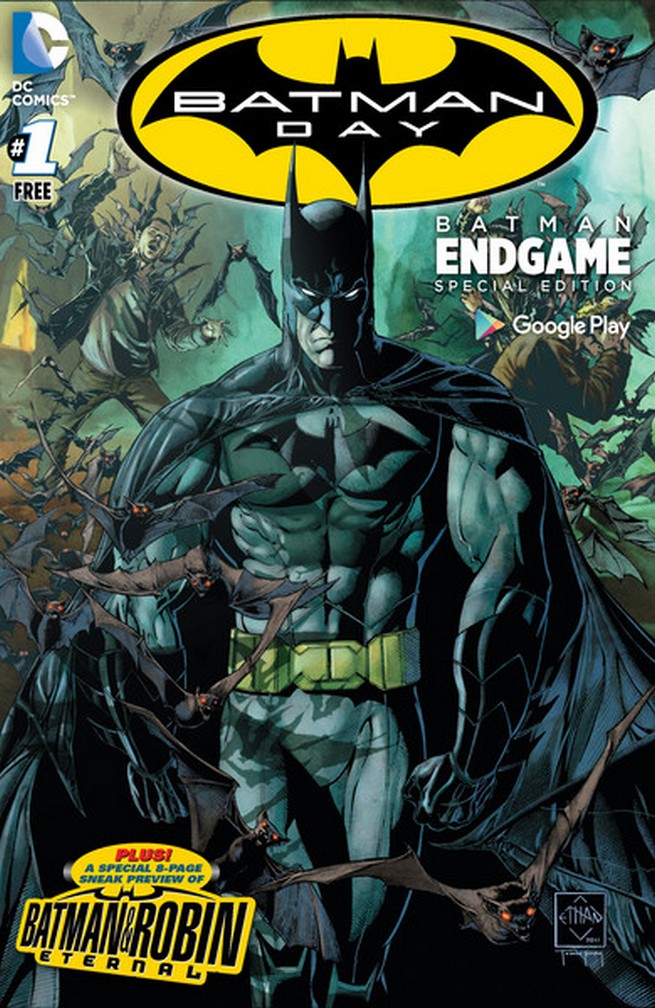 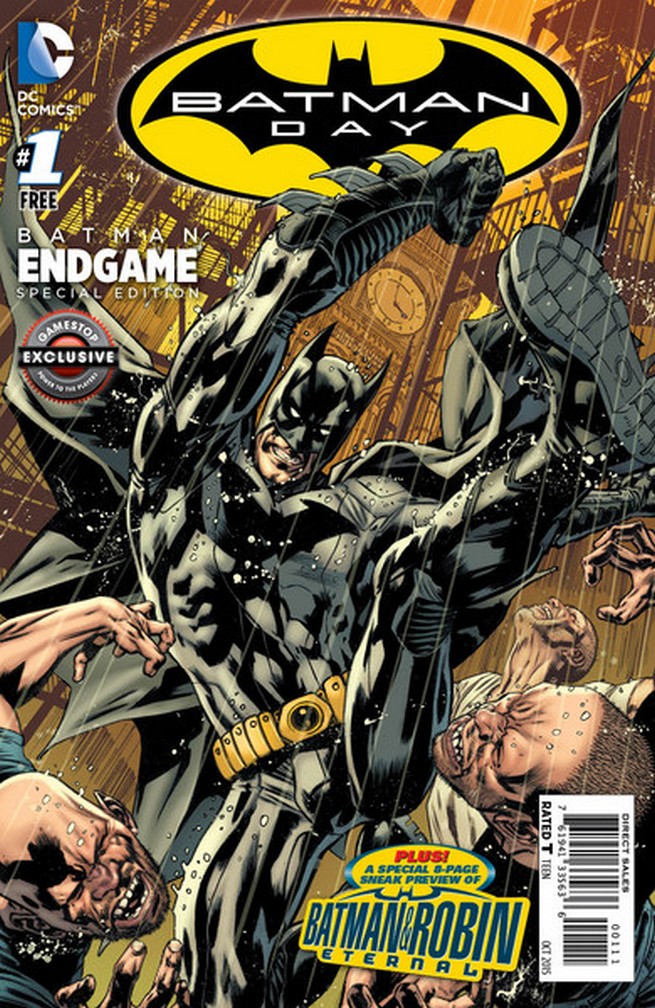 “Batman Day” is back by popular demand, honoring one of the most iconic Super Heroes of all time. The Caped Crusader celebration features all things Batman from comics to video games and more, inviting fans everywhere to partake in festivities at thousands of comic book shops, bookstores, schools, libraries and other retail partners.

For more information, and for a list of many of the participating comic shops, libraries, bookstores and retailers, visit the new Batman Day website: www.dccomics.com/batmanday.

Harley Quinn’s Costumes and the Nature of Change

The Joker and his Dead Skin Mask Emerge from the Ground, through Your Lawn