New rides are coming to Six Flags Great America and if you’re a DC fan, you’ll love it.

Comicbook.com has a sneak peek at the 4D interactive Justice League: Battle for Metropolis. The ride allows guests to become a member of the Justice League Reserve Team and take on Lex Luthor, The Joker and his henchmen. 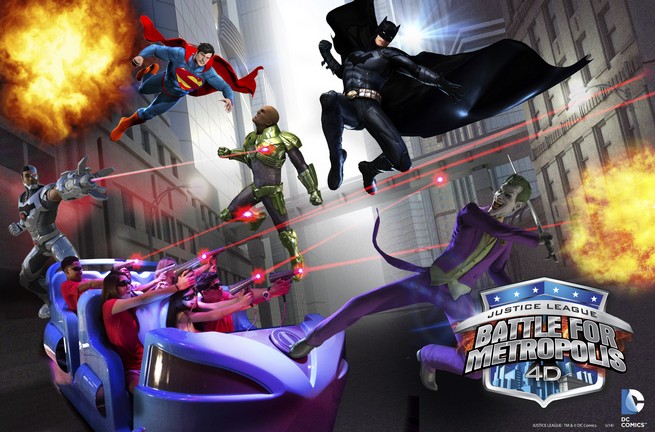 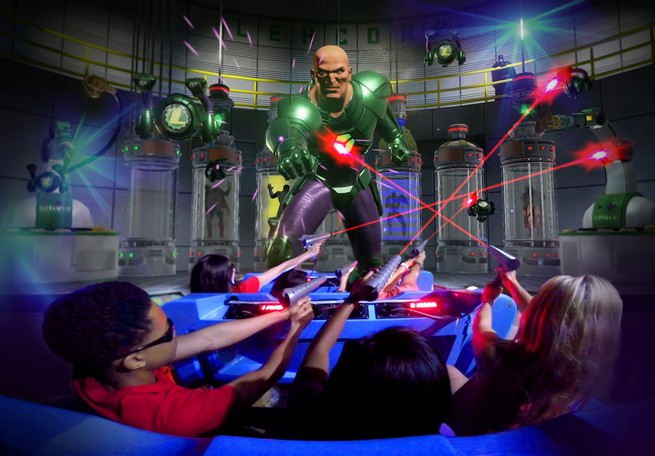 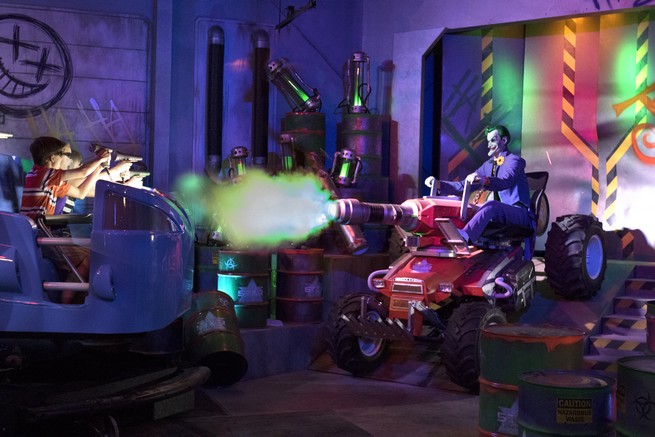 If you’re a little more biased and want to stick in Gotham City, Six Flags Discovery Kingdom is giving us a new coaster based on everyone’s Clown Prince of Crime, The Joker.

The website also has a look at this coaster, set to open in Spring 2016, featuring chaotic twists and turns, a “step-up-under-flip inverted roll” and a “fake out” breaking wave turn. 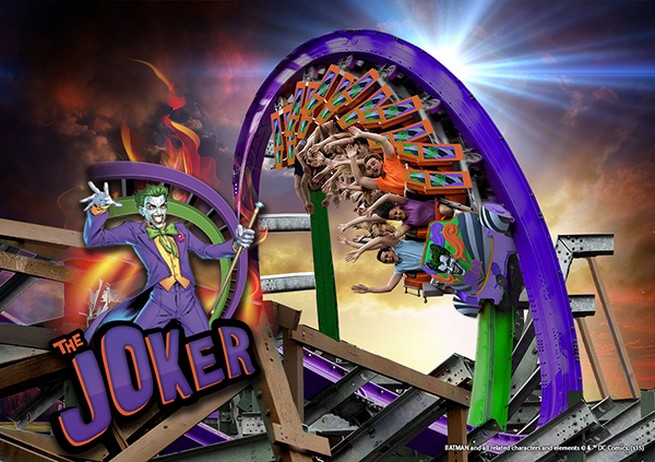 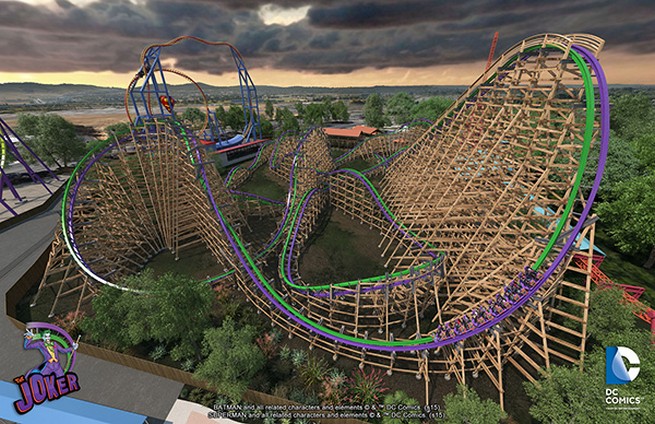 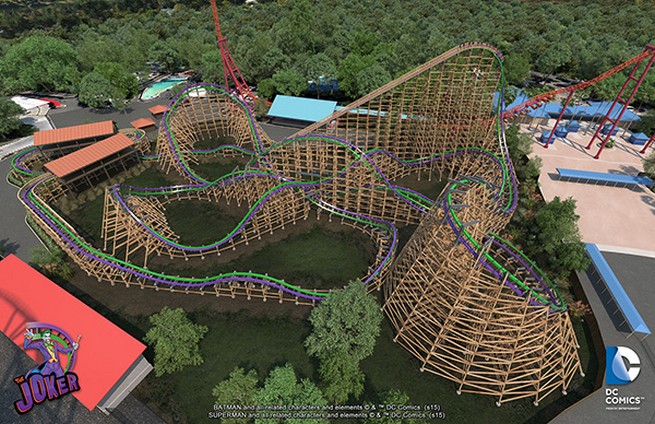 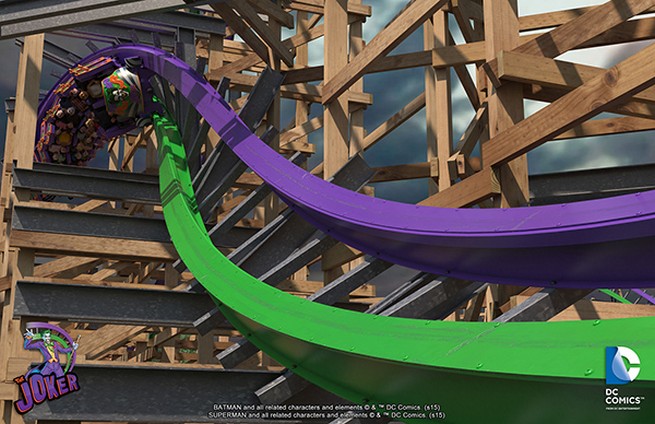 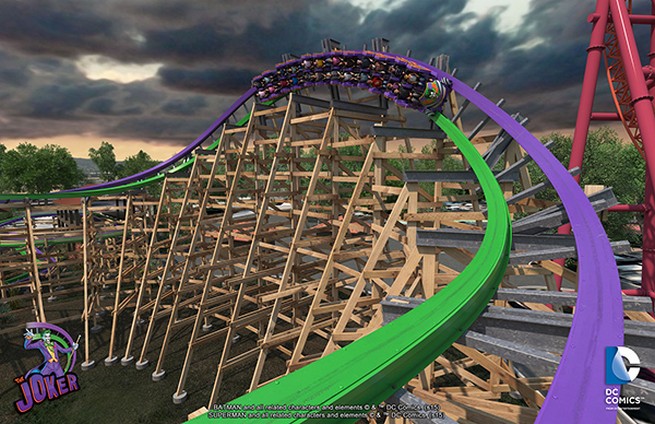 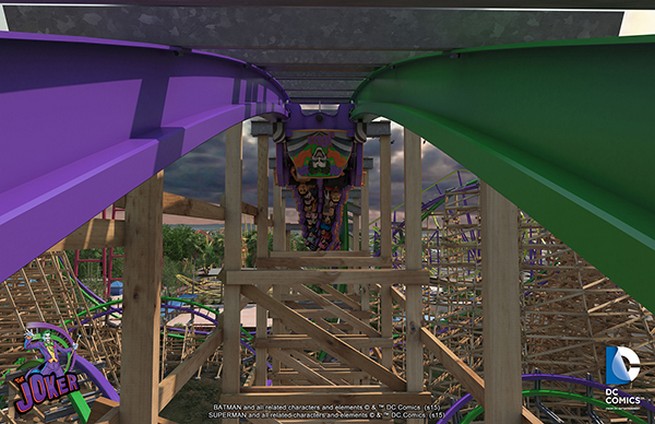 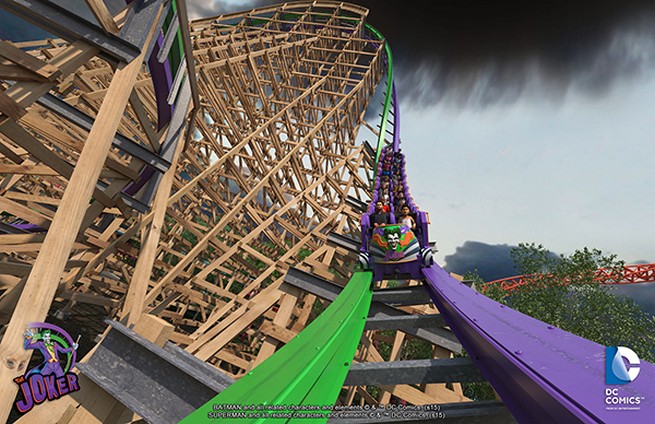