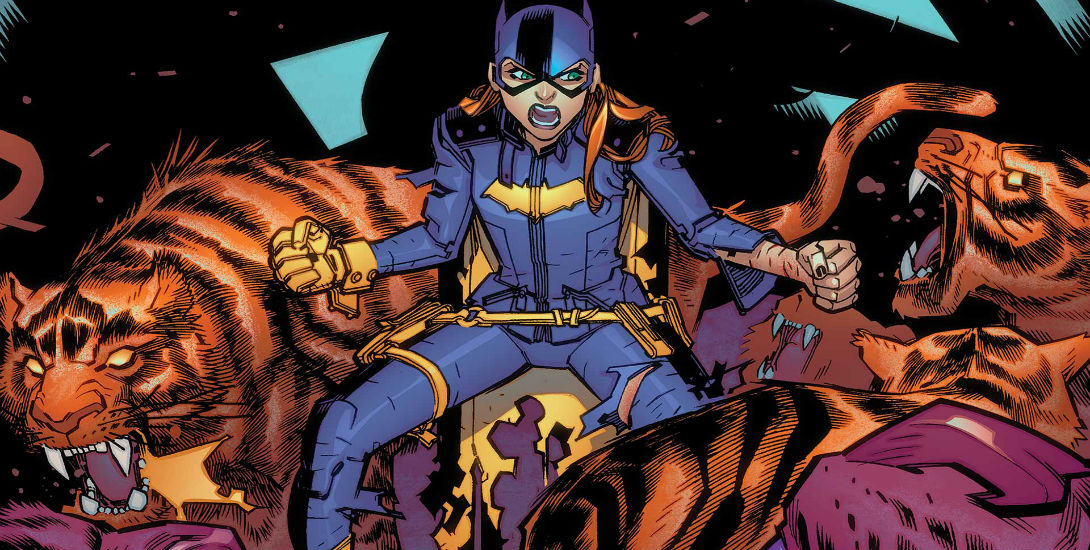 The more I read this current ongoing Batgirl title, the more I think it really is the perfect template for a Batgirl animated series. It’s lighter than a lot of what’s going on at DC at the moment. The style is its own but has—especially in this issue—heavy echoes of Bruce Timm. It feels unique, separate in some ways from the major happenings in the DCU right now with Babs operating on her own turf, but always leaves plenty of room for those other characters to appear. As we even see here, with the inclusion of Luke Fox.

This issue, “Beware the Tiger’s Claw,” even seems structured like an episode of Batman: The Animated Series. That’s not a bad thing and doesn’t mean that the comic is simply being watered down for kids. It’s not. But it has that same sense of fun and adventure as well as some of the more specific structural elements, like the opening attack and subsequent investigation. It has a cold open, just like an episode of a TV show.

Batgirl has a fun semi-team-up with Batwing, who feels responsible for the attack as it happened at his company, but the investigation itself is very much her own. It’s nice to see her leading these team-ups instead of playing second-fiddle. It would seem obvious that that would be the case, as it is her title, but it happens to female heroes more than you’d think.

Issue #43 doesn’t forget to bring the action and the fun, either. The compact Batcycle is a particularly neat highlight. Batgirl also has a surprisingly intense fight with a tiger.

We also get to see Frankie suit up on her own which definitely seems to be leading toward her developing her own super-persona, but we’ll wait and see on that one. And then we have a great reveal at the end as to who actually set the tigers loose.

Overall, it’s a solid issue. There’s an old-fashioned feel to it in that it goes back to the basics of a superhero trying to balance work, school and crimefighting all at the same time. We see a lot of solid moments of Babs being drawn into a really important conversation that she then has to bail on. This is the sort of thing I’d like to see more of in this title as it continues.