Get ready to open your wallets for some very special mini-series, Batfans. This November marks the arrival of Dark Knight III: The Master Race, which concludes the story started in The Dark Knight Returns and The Dark Knight Strikes Again. Not only that, Batman: Europa will FINALLY ship. It was first announced way back in 2004 and then re-solicited for early 2011 before once again going MIA. Hopefully no misfortunes befall it again. Both series feature an all-star lineup of creators (like Jim Lee!), which you can check out in the solicits below as well as some more details for DKIII. 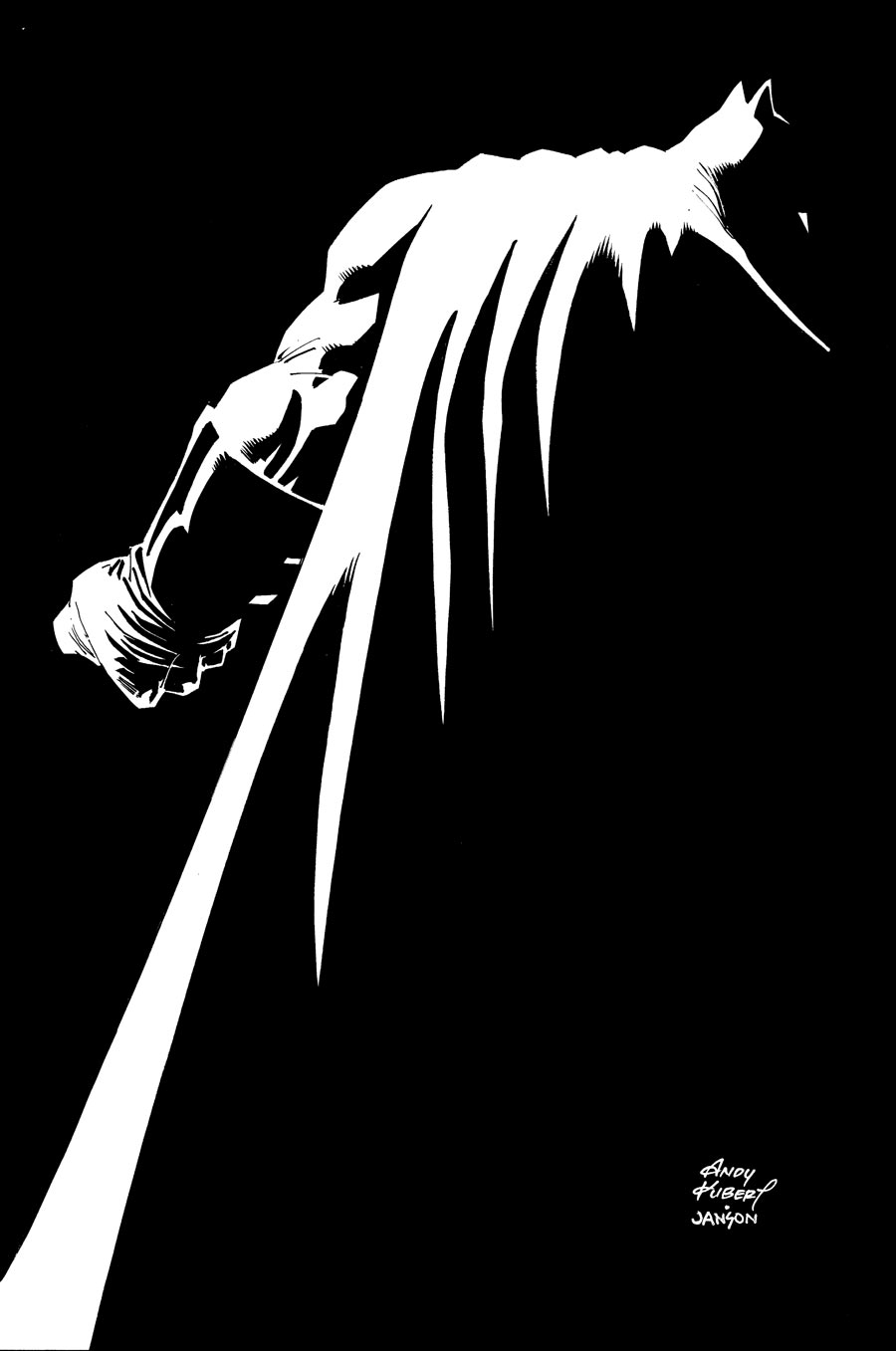 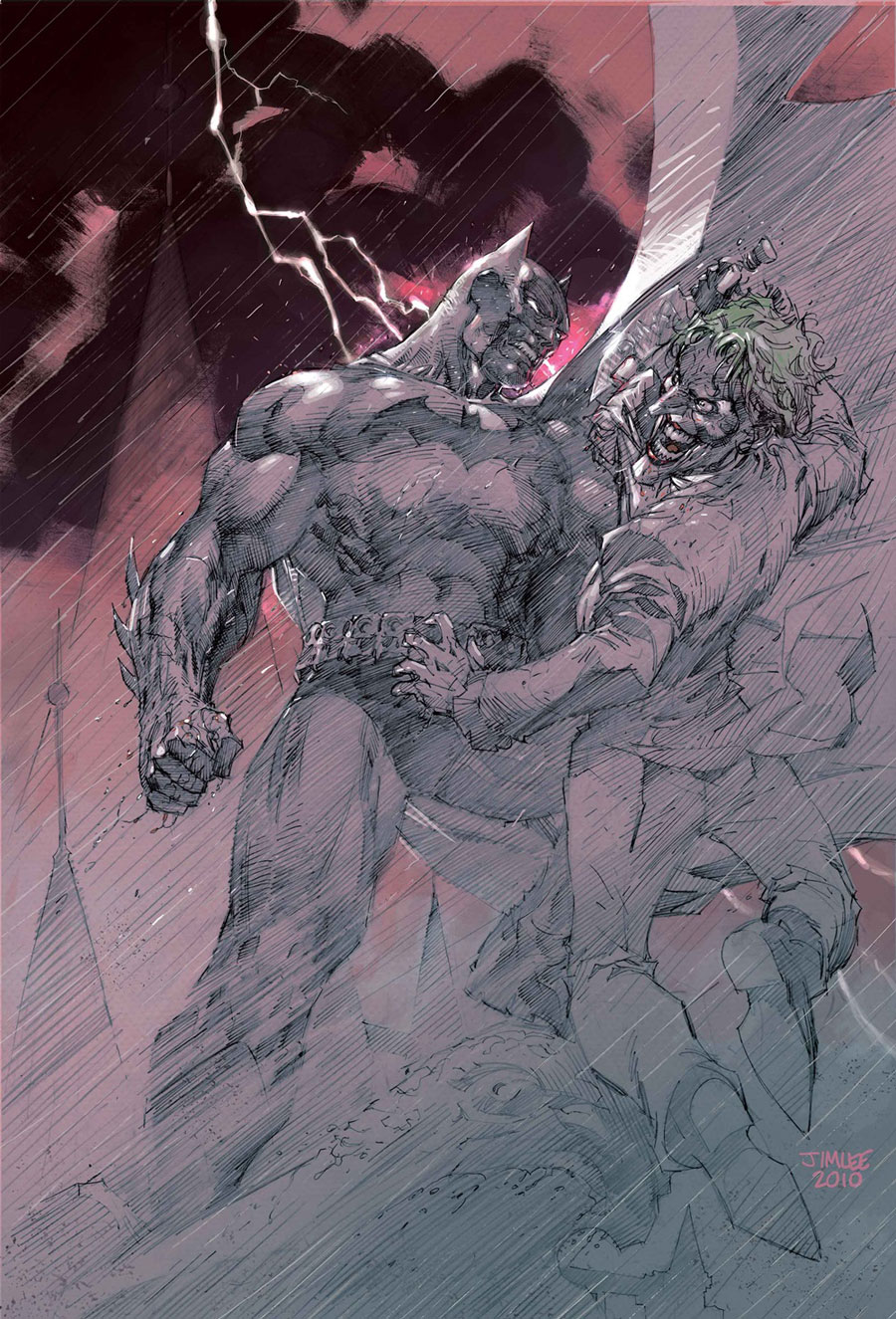 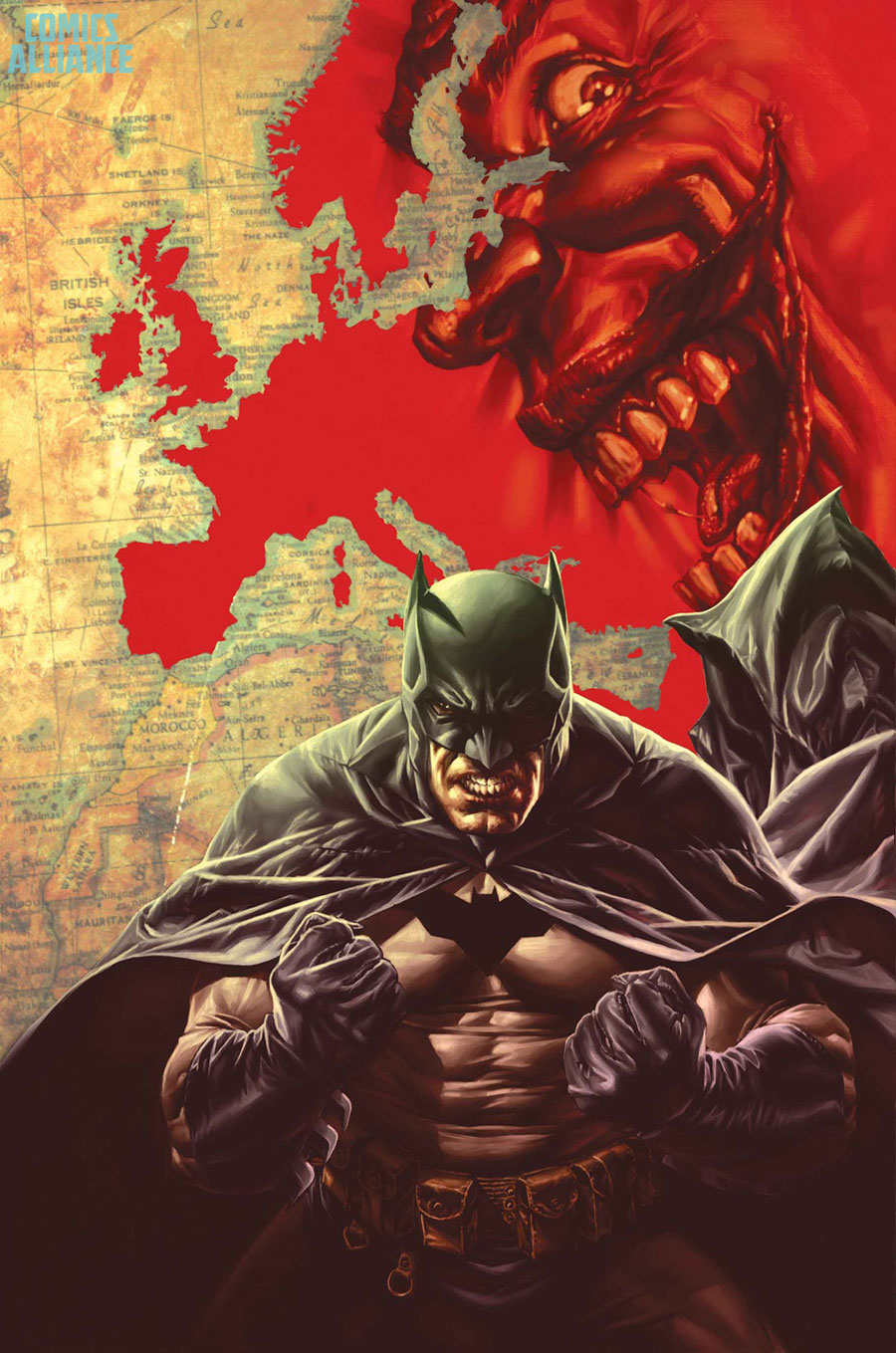 BATMAN: EUROPA #1
Written by MATTEO CASALI and BRIAN AZZARELLO
Layouts by GIUSSEPPE CAMUNCOLI
Art and cover by JIM LEE
1:25 Variant cover by LEE BERMEJO
1:100 B&W Sketch variant by JIM LEE
On sale NOVEMBER 18 • 40 pg, FC, 1 of 4, $4.99 US • RATED T+
Superstar artist Jim Lee returns to the Dark Knight with this premiere issue! The impossible has happened and Batman is on the verge of being taken down by an enemy he cannot defeat: a virus for which there is no cure! And the only hope for his salvation is The Joker! Who infected Batman, what does the Clown Prince of Crime know, and how will the Dark Knight get that information? Together, the enemies crisscross Europe, desperate to find answers before time runs out.
Co-conceived by Matteo Casali and Brian Azzarello, this 4-issue miniseries event will feature art by top talents over layouts by the incomparable Giuseppe Camuncoli (HELLBLAZER, Dark Wolverine), with the first issue pencilled and inked by none other than Jim Lee!