Batgirl Annual #3 feels like several stories in one, but that’s part of its strength. It actually does contain several small stories in which Batgirl teams up with various different characters as she takes on one larger, overreaching mission. It’s meant to take a look at Batgirl’s place in the larger DC Universe—or at least Gotham, in particular—and examine what makes the character so important and so great. It’s a large undertaking but luckily, the comic pulls it off.

The first team-up is with Dick Grayson, although Barbara never actually realizes it. She spends that time fighting alongside Grayson’s associate, Matron, who does her best to keep Batgirl from learning the truth. In a hilarious nod to the fandom and the internet, Batgirl ultimately recognizes Dick by his butt. This is the most action-packed of the stories in the issue, a Raid-style beat-em-up as Batgirl and Matron take down an organization called Gladius, which in the context of the issue feels very similar (maybe too similar) to Marvel’s HYDRA.

The important thing about this annual is that all of Batgirl’s actual team-ups (again, she never actually sees Dick face to face) is that they’re all with women. There’s no real attention drawn to it, no obvious spotlight, Batgirl just happens to keep crossing paths with some of Gotham’s excellent female characters as she continues on her mission.

Her second team-up is with Spoiler, and this Stephanie Brown is much more akin to her pre-New 52 attitude than her recent appearance in grittier books like Catwoman. It may seem a bit out of place, but it’s something that I think a lot of fans will find refreshing. At least, I did.

Batgirl’s run-in with Batwoman is probably the most straightforward. It’s mostly action-based and the artwork is very different, much darker and more intense than the style of the rest of the book. Even though the art changes throughout the book, most of it keeps a consistent tone. The Batwoman segment is the only one that stands apart from that. Still, it’s a style that fits the particular character very well. 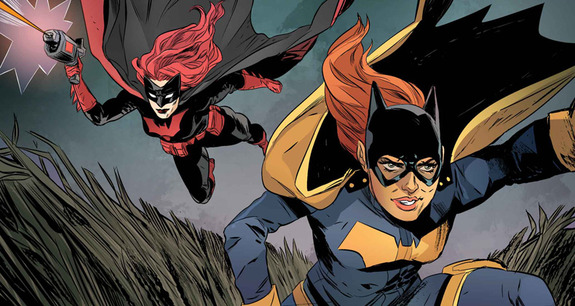 I think the Gotham Academy segment will probably be the most fondly remembered from the issue. It’s the cutest, at least. Batgirl teams up with the young Maps, who dreams of being a superhero. From the style of the art down to the characters and their interactions, this segment feels almost like a Pixar film. And it works. 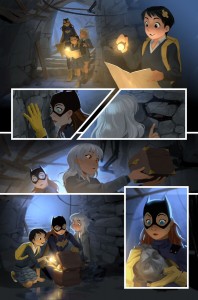 Batgirl Annual 3 is definitely worth reading and serves as the best jumping on point for this character that I could possibly think of. It not only nails everything great about Batgirl as a hero, but the heroines of Gotham in general.