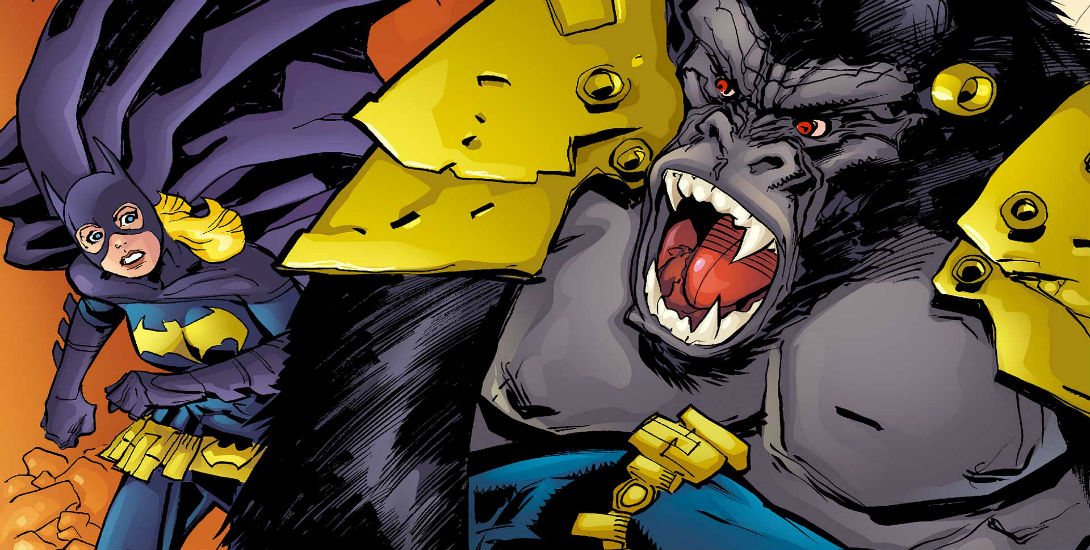 The two-part Convergence: Batgirl storyline has come to a close and still leaves plenty of unanswered questions. While there’s a lot of good character work, it nonetheless feels a little rushed.

We pick up with Stephanie transported into the arena where she is supposed to fight Catman. Of course, Cass and Tim hitched a ride with her and Grodd hitched a ride with Catman. They ultimately team up to fight Grodd and send him back to Catman’s all-but-dead world. The real win for this comic, I think, is that it doesn’t adhere to the overdone, clichéd Thunderdome scenario where the two opponents simply battle it out. It’s an unconventional take on an overused story device.

Like the first issue, the success ultimately lies in the character work. This time the focus is very much on Stephanie and Tim, in particular their on-again-off-again relationship. Again, this is material that could induce some heavy eye-rolling, but it’s handled surprisingly well. Given everything they’ve been through and even their conversation in this particular issue, seeing Steph punch him across the face is deeply satisfying.

Still, after that, it’s a little odd for her to wind up in his arms anyway. Yet this scene produces one of the major highlights of the issue, something we really don’t see in superhero comics but is one of those things that has to happen. I won’t give too much away, but there is a very welcome fresh take on a sex scene between two superheroes that answers a lot of questions readers probably didn’t even know they had.

Cass Cain, in her Black Bat persona, is nice to see but feels nonetheless underused. I mean, it beats not being included at all, but I wanted more from her even though I acknowledge that the issue really belongs to Stephanie. It’s probably better and more fitting for her character to keep quiet and stick to the shadows, but nonetheless she felt a little bit like the odd man out.

The art does the job, certainly, but falters a little bit when compared to the first issue. The coloration is still great, but the art in issue one was at its best during the softer character moments. There are much less of those here and it doesn’t impress me as much during the action sequences. Not to say that it’s bad, there’s plenty of worse artwork out there, but it didn’t necessarily jump out at me either.

Ultimately, Convergence: Batgirl #2 brings this shorter story to a nice conclusion, but still leaves the reader wanting more. Some things are wrapped up, but a little too quickly. And even more questions are raised. We’ll see how they’re addressed as the overall Convergence event continues to develop.