The perfect companion to Scott Snyder and Greg Capullo’s Batman: Endgame will arrive this September in the form of the hardcover collection, The Joker: Endgame. Collecting various tie-ins, this is a book die hard fans of the Clown Prince of Crime won’t want to miss. Trust me, Batman Annual #3 is worth the price of admission alone; it was a masterpiece. You can check out Andy Kubert’s stunning cover and details straight from DC below. 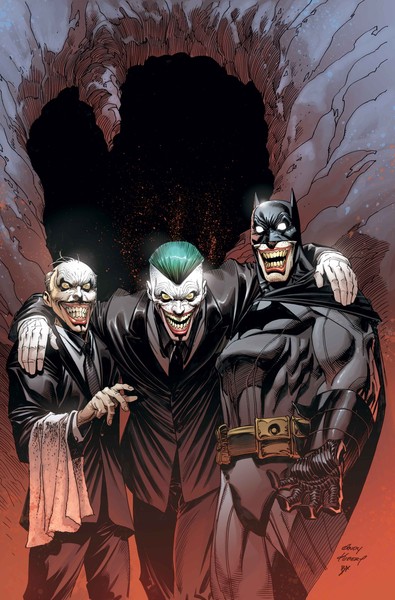 What do Batman’s villains do on the craziest night in Gotham City? The city is overrun by Jokerized victims, but a small band of teenagers unites to take a stand. Their secret knowledge of Gotham City’s streets will help them survive, but will Batman be able to accept their aid?

Those currently collecting the ongoing saga in individual issues will want to save these dates: