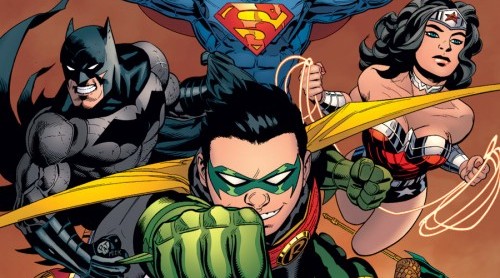 In this month’s issue of Batman and Robin, Damian is called up to the big leagues and joins the Justice League. It’s a one-issue stint to show off Damian’s powers since coming back from the dead. DC All Access spoke with the book’s artist, Patrick Gleason, about this issue and what’s in store for Batman’s son this summer.

Batman and Robin #40 is available now.