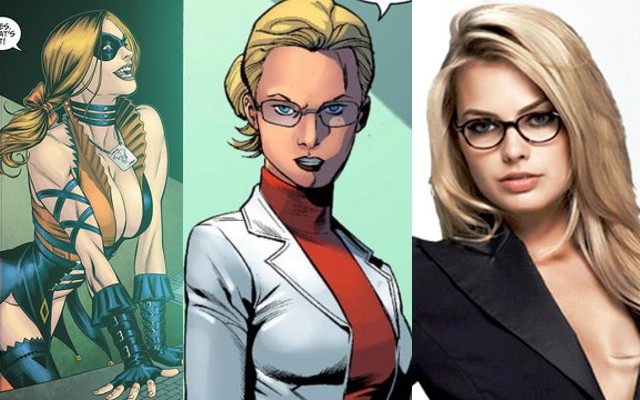 I will probably take a lot of heat for this but I have to let it be known. As excited as I am to see Batman V Superman next year, I think I am more fired up about the Suicide Squad film. Some of the best villains from across the DCU get together with “The Wall” in charge to handle dangerous, covert missions. David Ayers might be the best person to put this all together on the big screen. MTV’s Josh Horowitz talked to Margot Robbie recently about her role as Harley Quinn and how it came to be.

MTV: Can you tell me anything about how it came about. Was the process unique in any way?

MR: I actually got offered this one. I didn’t have to audition which is a real step up for an actor. My character obviously has to have a rapport with Deadshot, and they knew that Will and I worked well together. I already vaguely knew Jared Leto and we get along too.

MTV: With David’s gritty style do you think this won’t necessarily feel like a popcorn movie?

MR: I think if it’s on a scale where Dark Knight is here and Avengers is here it is more on the Dark Knight side. You know what I mean?

Hearing the words Deadshot and The Joker come out of her mouth was pretty amazing. The only thing that could have made it better would be if she were using her Wolf of Wall Street accent. As far as her not having to audition, of course she didn’t. Margot Robbie is Harley Quinn. The eyes, the big smile, and we know she can play crazy.

Margot Robbie will be staring alongside Will Smith (Deadshot), Jared Leto (Joker), Jai Courntey (Capt Boomerang), Cara Delevingne (Enchantress), and Viola Davis (Amanda Waller) in the upcoming Suicide Squad movie. It will be the first follow-up to Batman V Superman so don’t miss it August 5, 2016.

‘Batman vs. Superman’ Star Jason Momoa talks about the role of Aquaman