Batman: Arkham Knight is about 5 months away. Yes, every time I write about Arkham Knight, I am compelled to update you folks on my personal count down to the release of what looks to be the best entry into the Arkham series. As to be expected, there’s some merchandise tie-in for the game. On the high end of things, I’m reporting on a NECA 1/4 scale action figure of the Bats himself. 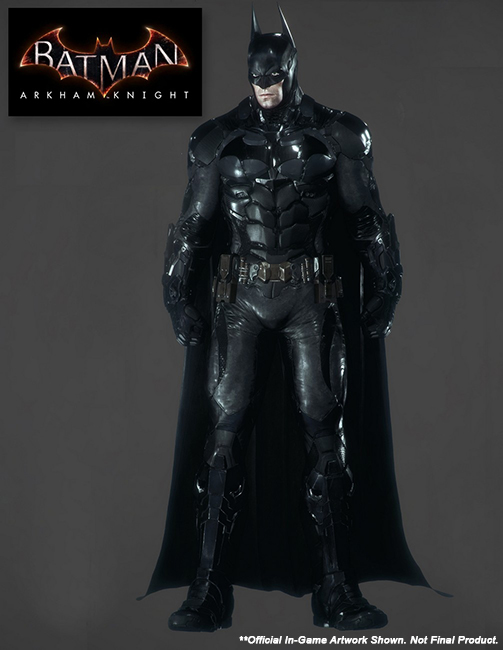 Unfortunately, this is not what the figure will actually look like, but if the upcoming Batman Returns Penguin figure is any indication, it’s likely going to be very close to it. NECA is known for very highly-detailed action figures, so I’ve no real doubt that it’s going to look great.

Of the figure, NECA is saying that it will stand over 18 inches tall and will have over 25 points of articulation. The figure will include Bats’ trusty Batarang and a grapnel gun with interchangeable hands to be able to interact with those weapons.

The figure will be out later this year in July, a full month after the game’s release. So, I’ve got time to save up my pennies.

Will you be picking this up this summer?