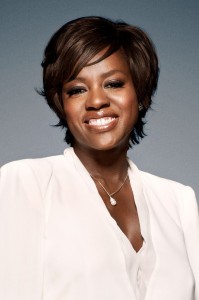 We heard that she was a finalist for the role and now Latino Review says they can confirm it. Viola Davis (How to Get Away with Murder) has reportedly landed the part of Amanda Waller in Suicide Squad. Fans should know the character from recent multimedia outings in Smallville, Green Lantern, Arrow, and Batman: Assault on Arkham.

This will likely pan out, but keep in mind that Latino Review curiously used the words “the key here is that the role is hers provided that the filmmakers can work out her TV schedule.” Sounds like no ink has been put to paper to me.

When Viola Davis, or another actress, has been confirmed for the part, we at DKN will bring you the news as soon as possible.

Suicide Squad stars Jared Leto as the Joker, Will Smith as Deadshot, Margot Robbie as Harley Quinn, Tom Hardy as Rick Flag, Jai Courtney as Boomerang, and Cara Delevingne as Enchantress. It opens in theaters August 5, 2016.