First, I want to apologize for the picture of the Bat-nipples. I wanted a featured image that wouldn’t spoil the reveal of the new Robin. Well, not entirely new.

Later today, DC will release their January 2015 solicits in full. That also happens to be the month that will see the release of Batman and Robin #38, which is the first issue that will see who will be in the Robin costume after December’s Robin Rises: Alpha #2. Writer Peter J. Tomasi Tweeted the cover for issue #38. Here it is: 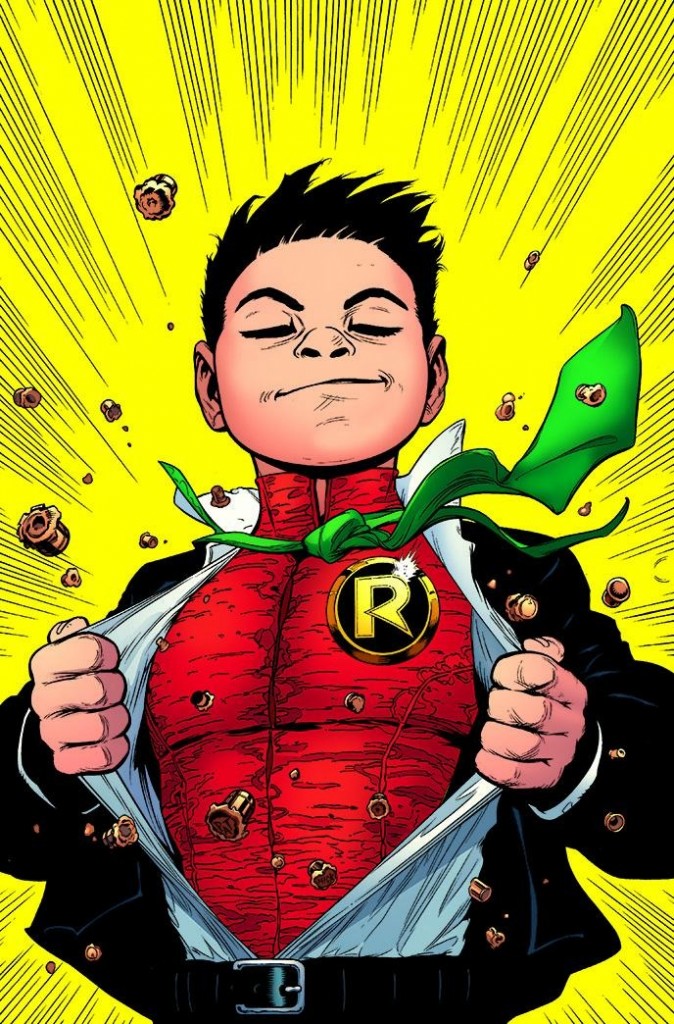 Yes, it’s a resurrected Damian Wayne. That’s who most of us figured it would be, but I don’t know why it had to be spoiled so far in advance. They kept tight-lipped about Scott Snyder’s “Endgame” story and this seems more significant, at least in my opinion. Now that we know where the story goes, we should at least enjoy the ride.

I have a question before parting: why was Carrie Kelley introduced into New 52 continuity?

UPDATE: The official solicit has been released. Your eyes aren’t deceiving you. Damian is getting superpowers.

The team of Batman and Robin are together again! But what is the new dynamic for this crimefighting duo now that Damian has super powers of his own?