The death of Bruce Wayne’s parents is an iconic moment in Batman’s history that helped to mold the boy into a something “more than just a man.”  Throughout the years, Batman lovers have witnessed countless iterations of the murder of Bruce’s parents.

Some people might argue that we’ve seen far too many renditions of the cold-blooded shooting of Martha and Thomas Wayne, while others might assert that the depiction of their murder is crucial to Bruce’s character development, and that it is critical to any Bruce Wayne origin story.

Perhaps both sides of the coin should be weighed and accepted equally; perhaps we have seen the incident too many times, but perhaps we should.  How many times do you think Bruce relives that moment in his mind?

Check out a compilation of sorts — a supercut — of Batman’s parents dying, which contains multiple versions of the incident on one screen/in one frame, including scenes from Batman (1989), Batman: the Brave and the Bold (TV series), Batman Begins (2005), Super Friends (TV series), Gotham (TV series), Batman: Year One (2011), The Dark Knight Returns (2013), Gotham Knight (2008), and Arkham Origins (video-game 2013). 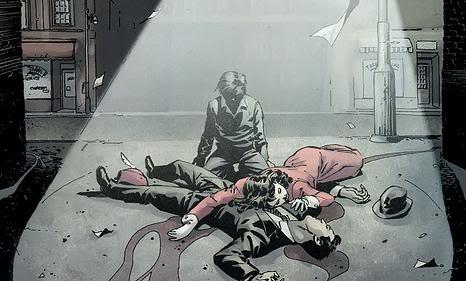