Want to be an extra in BvS?

Live in the Lansing area and looking to be an extra in “Batman v. Superman: Dawn of Justice?” You are in luck my friend.

Warner Bros. is calling for area extras, and has reached out to the Michigan Film Office Website. Information is scarce (obviously), and for those interested you are asked to email a “current casual photo, name, date of birth and cell number to [email protected]”

So, it doesn’t say “Batman,” “Superman” or “Justice” anywhere… but what are the odds Warner Bros. is looking for extras in the same area they are filming one of the most highly anticipated films in 2016 (or ever)?

Sidebar: In April, there was an extras casting call in Troy, Michigan that I attended and have received a few emails since (unfortunately, my work schedule has kept me from pursuing). Those behind THAT extras casting call? Real Style Online.

Coincidence? I think not.

Interesting. It’s unfortunate that I haven’t been able to participate in the extras calls I have been contacted about, but the experience itself just applying (which meant waiting in line for 3 hours, filling out an application and having your picture taken) was a great day that I’ll always remember. If you have the chance, I say do it. You’ll be in a Batman movie! 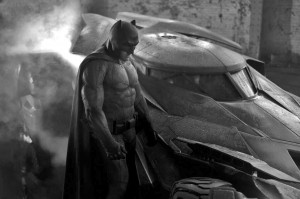