Batman on Film has recently provided the public with a Dawn of Justice spoiler scoop.  A BoF-affiliated scooper who goes by the name of “Shoeless” has revealed a few spoiler-ific details regarding the upcoming Batman v. Superman film, but perhaps the spoilers may not surprise many fans and followers of the BvS news and rumors that have been permeating the internet for the past year or so.

Here are the spoilers that BoF had to offer (scroll down to see them):

* “Aquaman” is indeed in the film and did some sort of film test on a water set recently. The character has a very small role in BvS.

* The car chase scenes that will take place this coming weekend will not, most likely, include the Batmobile.

* Those pics online of Ben Affleck (sporting very gray hair on his temples) as Bruce Wayne involve a scene in the film where he’s saving people after some sort of attack on Metropolis (he’s was in a Wayne building when it went down it seems) which causes a lot of destruction.

* There’s a very “anti-Superman” theme to the film which includes people marching in the streets in protest against him.

If Aquaman’s role in Dawn of Justice proves to be small, or similar to a cameo in nature, then perhaps we shouldn’t be too surprised — the film’s title conveys the “Dawn” or beginning of the Justice League, and thus, we shouldn’t presume to expect that JL members will have massive amounts of screen time.

Referring to the “car chase scenes,” BoF gleaned that one or more Batmobile scenes would be shot this weekend, from August 6th to August 9th of 2014.  Here’s what BoF’s source said:

Several businesses in nearby areas [of Detroit] have received notices stating a movie will be filming will from August 6th through August 9th around Shelby St from W Larned St to Lafayette and Fort Street from Woodward to Washington Blvd. The notice also says there will not be any explosions but business owners should expect smoke and ‘fast moving cars.’

Several months ago, BoF spoiler-scooper “Doctor Detroit” informed Batman on Film that BvS Batmobile scenes would be filmed in Detroit, during the summer of 2014; most likely, this is what “smoke and ‘fast moving cars'” refers to.

Tangentially speaking, however, The Dark Knight‘s Harvey Dent once said, “The night is darkest just before the dawn, and I promise you [that] the dawn is coming…”

It seems that the Dawn is indeed coming, and the Knight was indeed quite Dark before the announcement of Dawn of Justice. 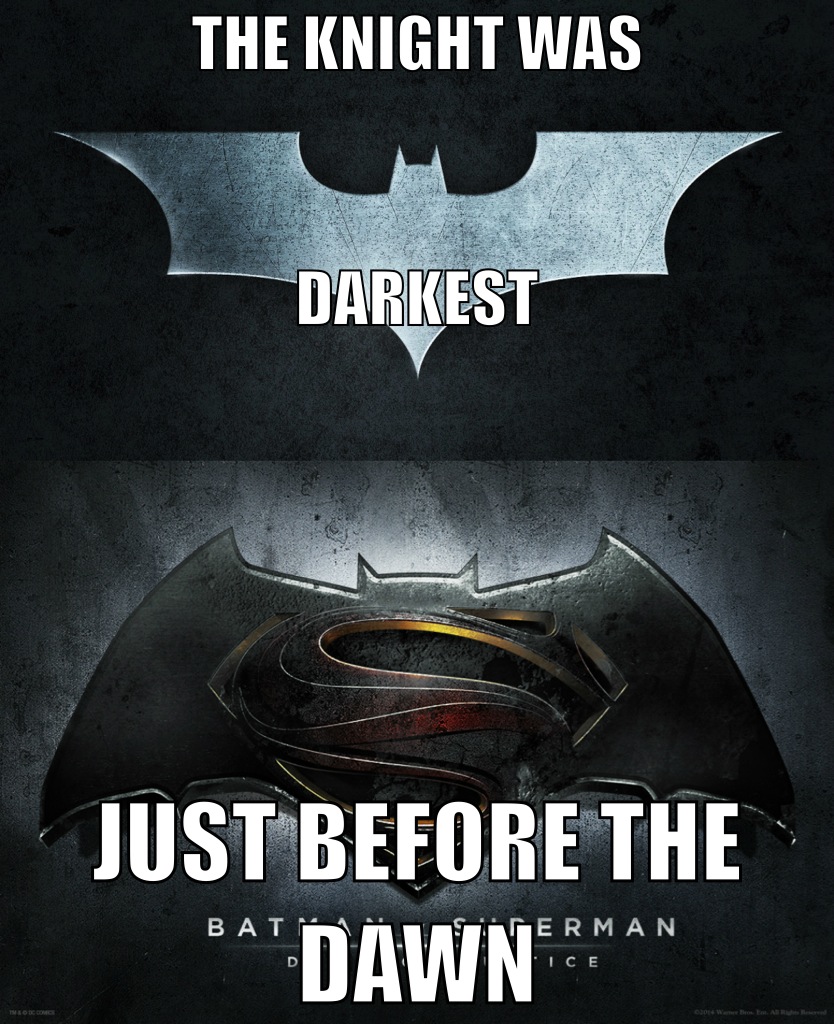