Kotobukiya has revealed the “First Appearance of Batman by Bob Kane” ARTFX+ Statue, appropriately, on June 23, 2014, the 25th Anniversary of Tim Burton’s Batman and in the year of Batman’s 75th Anniversary.

Here’s what Major Spoilers had to say about the SDCC exclusive figure:

The ARTFX+ Batman statue was sculpted by Atelier Bamboo, in 1/10th scale, based off the characters first appearance. The piece also come with a magnetic base so displaying this exclusive won’t be an issue. What will be your biggest issue is getting this piece for yourself. This limited edition piece will only be available from Kotobukiya at SDCC in July and thru a limited non-attendee sale on the companies official web page.

So far, the price for this statue is unknown.  The body and cape both exude a metallic shine that seems concurrent with the majestic nature of such a renowned character’s first appearance, but some of us may wonder if the gloves are purple. 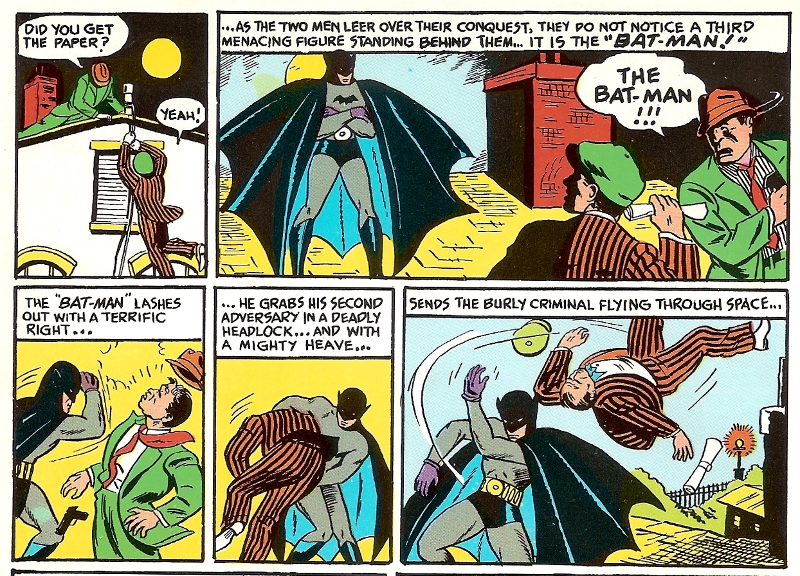 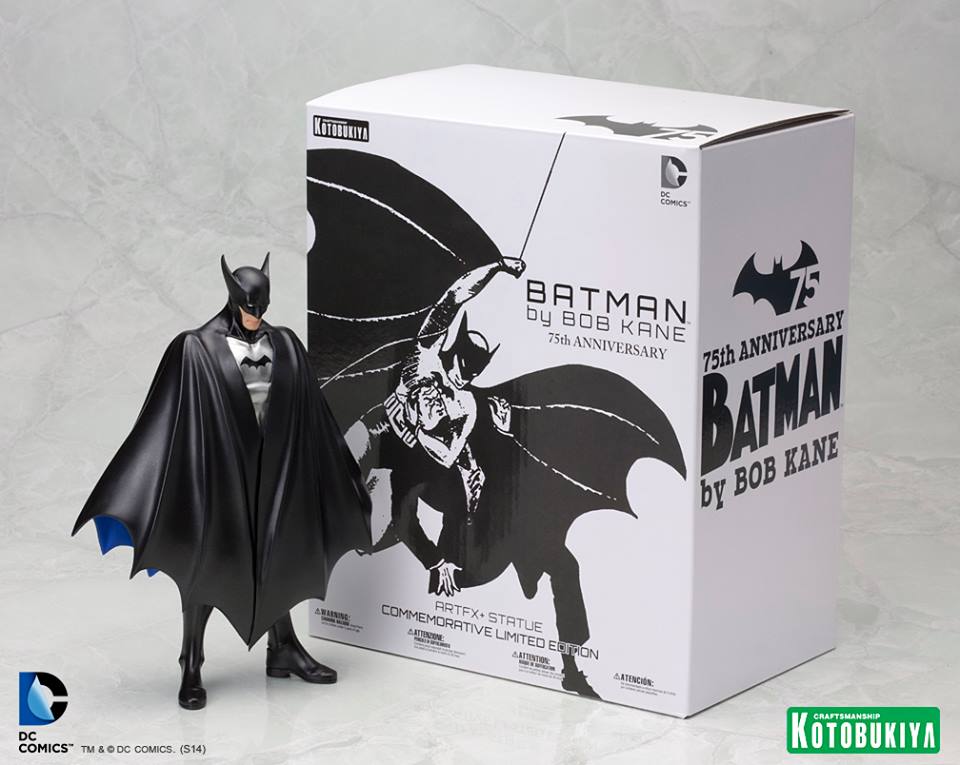 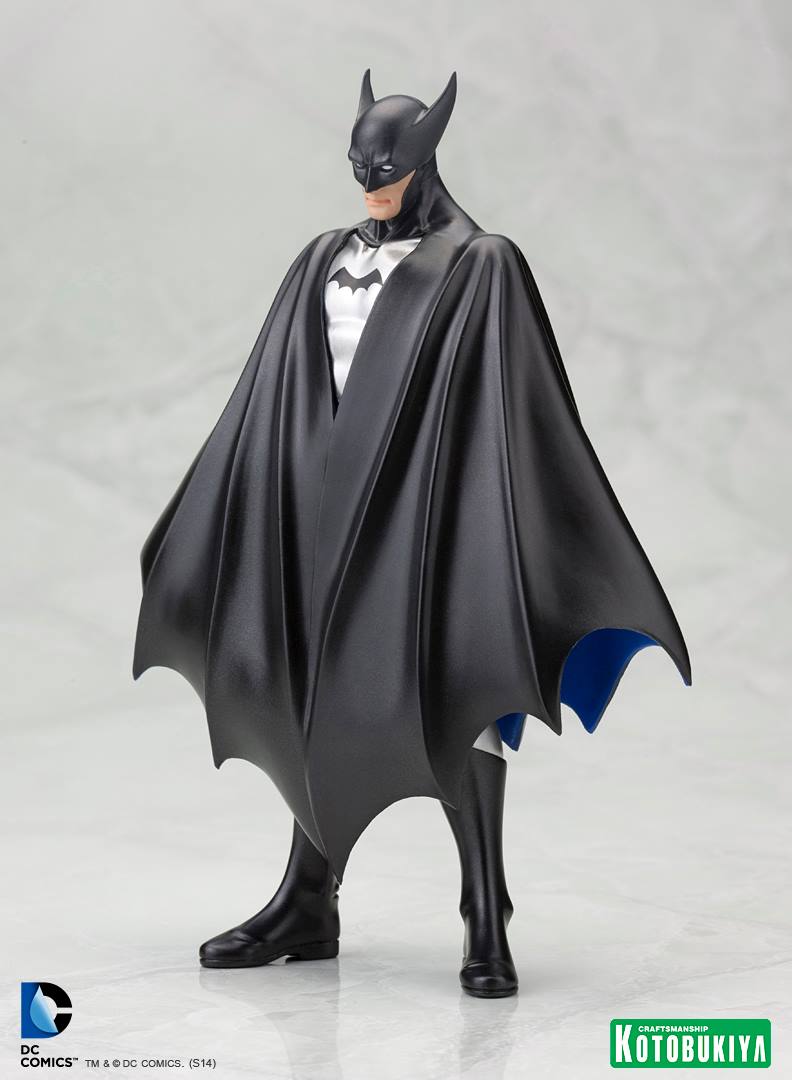 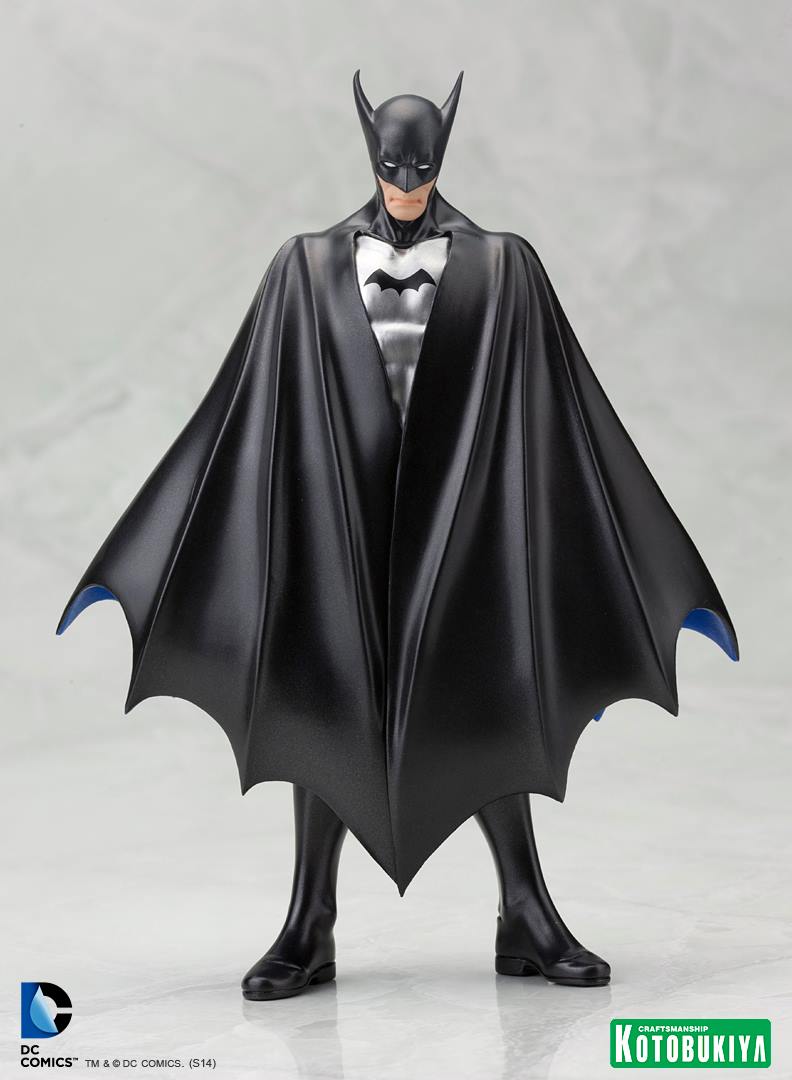 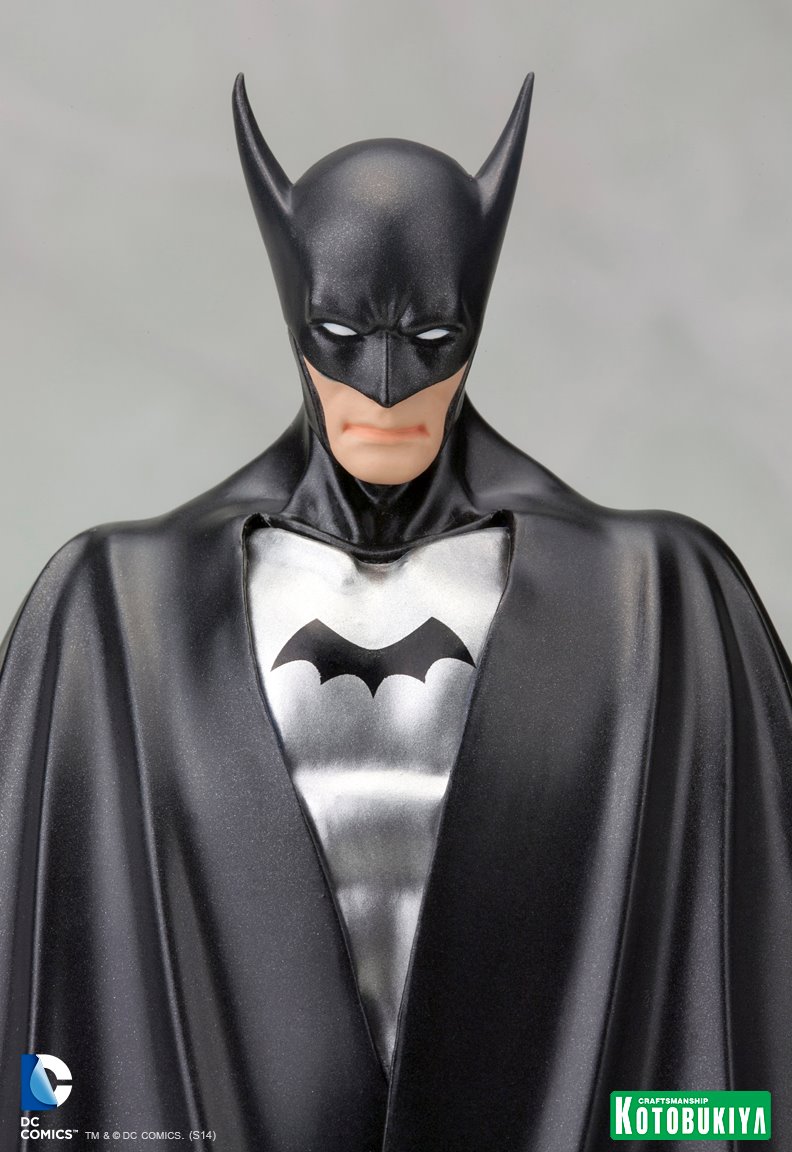 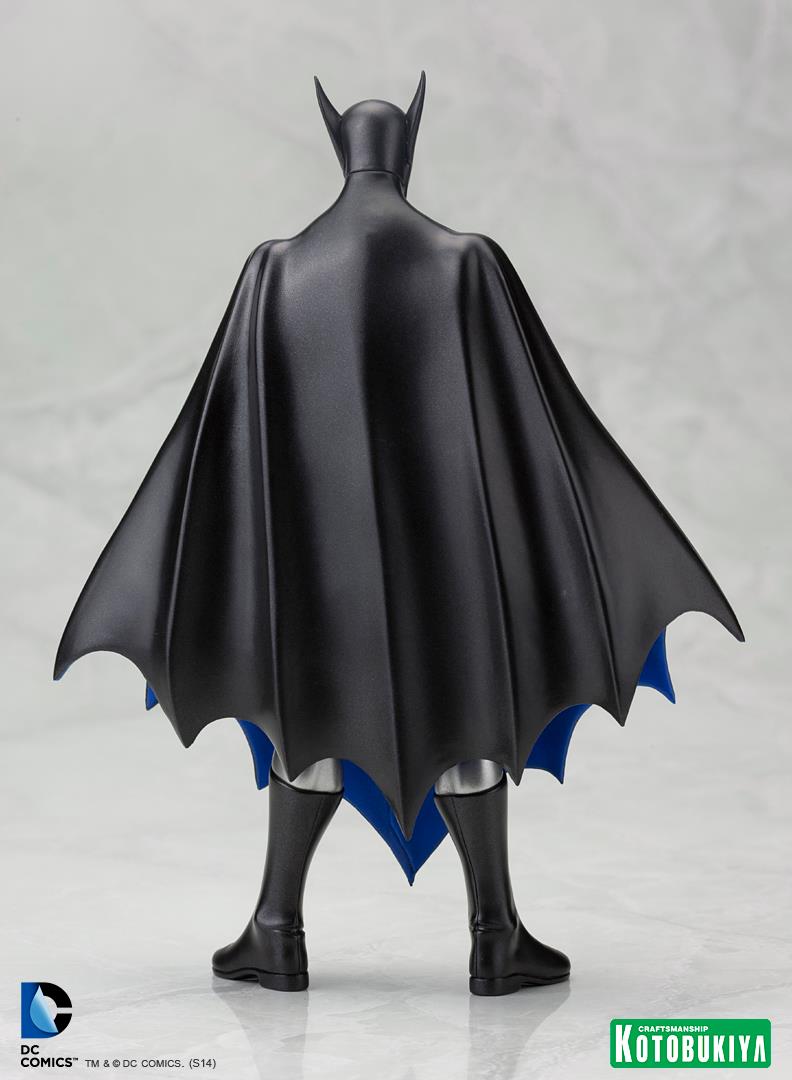 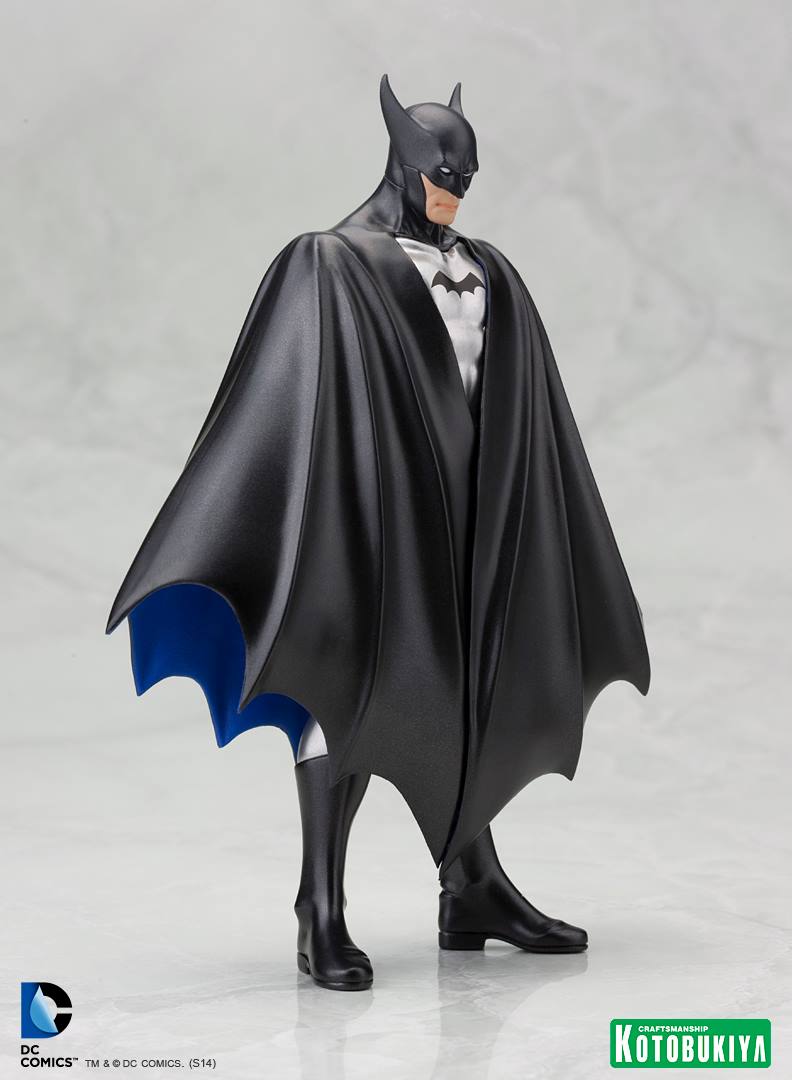 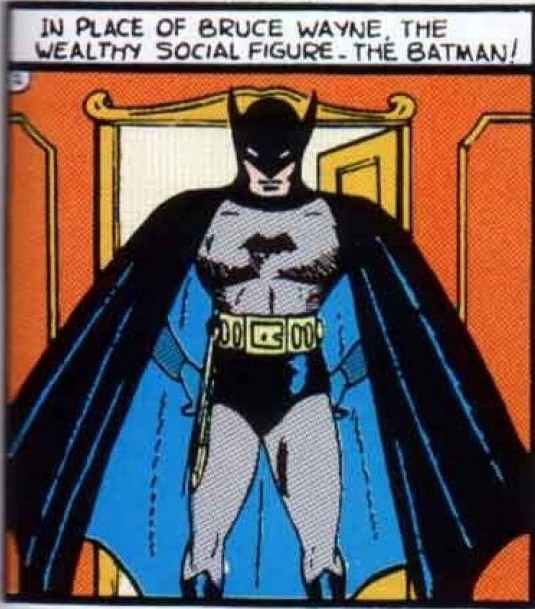