Filmed in 1988, just one year before Burton’s Batman was released, the preview includes interview snippets (including appearances by Tim Burton and Bob Kane) that provide some insight into Batman‘s set design, art direction, gadgets, Batmobile, casting, costume design, and more.

Here’s what 1989Batman.com had to say about the preview:

…the 1988 Warner Brothers Batman Preview is a long-buried treasure created during the production of [Director Tim Burton’s] Batman. The origins of the special are a bit murky, and the few that have seen it over the years remain unclear on what purpose the film initially served. 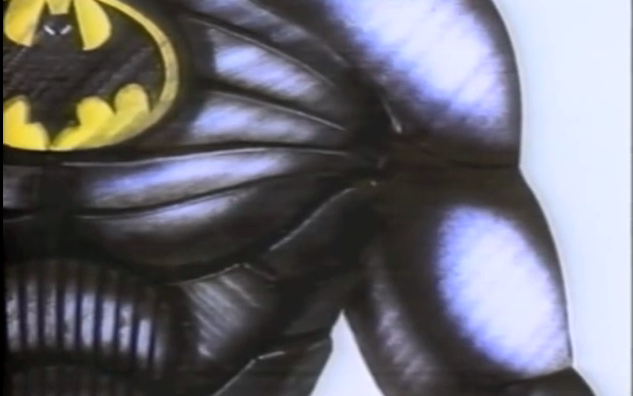 Adam West, who precedes Michael Keaton as the Batman, spoke out against Warner Brothers’ then-impending version of Batman, claiming that he should reprise his role as the Caped Crusader, and that Warner had no business interfering with the traditional Batman character.  Planting seeds of doubt in Warner Brothers’ affiliated worldwide distributors and merchandisers, West’s sentiments were were to be essentially opposed by the existence of Director Andrew Gillman’s Batman preview/short film, which sought to convey that Burton’s version of Batman was, indeed, faithfully true to the Bat-comics.  Regarding the purpose of this Batman behind-the-scenes preview, Gillman spoke with 1989Batman.com, and said:

Warner Brothers had found themselves in a very difficult situation at the time. The marketing director at Warner told me that Adam West had been going to various media outlets stating that he should be Batman, that his Batman was the only true Batman, and that this dark thing that Warner was doing had nothing to do with Batman at all. This caused a problem for Warner Brothers because it created doubts in the minds of the film distributors and merchandisers around the world. Since the longer lead time involved in both merchandise production and film distribution requires a gamble on how a film will look in its finished form, Warner needed to create something to reassure these investors that Tim Burton’s vision for movie was going to work, that this movie was going to be successful. They needed to show them that Adam West’s statements were inaccurate, and that the film would present a version of Batman truer to the comic than the campy, comedic TV show of the 60’s. The opening sequence of the preview film has very specific references to clue-in these investors that the film was returning to Batman’s true heritage, with the West TV show being addressed as merely a footnote in the overall history. In fact, this film would be the vaccination of the Adam West Batman- returning to the character all the wonder of the original comics. So this whole opening statement is basically an assurance to the viewer that Warner is presenting you with the “real” Batman now.

Warner Brothers wanted to take Batman in a new direction, and Gillman’s preview seeks to shed light on that direction.  Check it out!

Still, old Jack would tell you not to rub another man’s rhubarb. 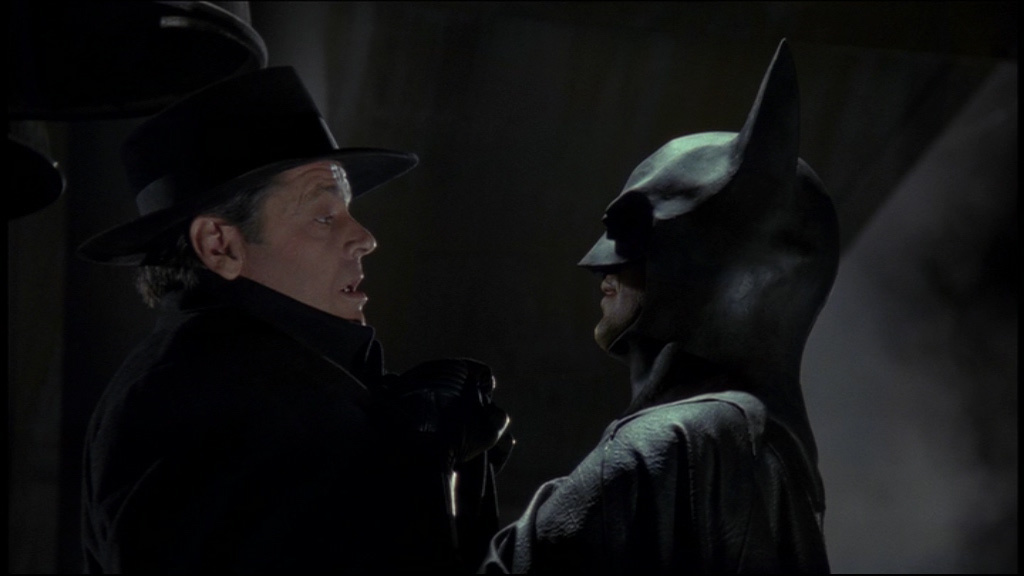