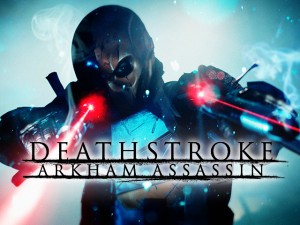 Hi DC fans, last week our heads were in a spin with the release of fan film, ‘Arkham Assassin’. I covered a review of the footage which you will be able to find here. This week we bring you a Dark Knight News exclusive and go head to head with Director Chris White. Chris was kind enough to donate some of his time and take us behind the scenes of his latest creation. Enjoy! DKN – News Writer Damian Fasciani (CW) – Director Chris White

DKN: Hi Chris, thank you for taking the time to talk to Dark Knight News, can you give the DC Fans a bio on yourself, school, hobbies, where you grew up, and what you do for fun?

CW: Nothing too interesting to say about myself really. I grew up here in Miami, FL and making films since I can remember. I went to school for visual effects but mostly self-taught. I figured I had to learn vfx (visual effects) to not be as limited in what films I can make. Love watching movies and playing video games.

DKN : What was the inspiration behind the story line of Arkham Assassin, we see a direct link with the console hit, “Arkham Origins”. Why pick this particular story?

CW: My brother and I have always been huge fans of the character Deathstroke. For some reason the popularity of Deathstroke has been on the rise lately. I was

a big Arkham City fan as well, and was even more excited to see Deathstroke would finally have the spotlight he deserves in Arkham Origins. Ultimately, there was almost no story present in the game revolving around Deathstroke, (almost reduced to a cameo). One day, I was talking to our costume designer Keith Charles who happened to be in the process of making a Deathstroke mask and that’s really what sparked the idea.

DKN : Did you have in mind who you wanted to play the key roles of Deathstroke and Blackmask? If not, what traits where you looking for in the actors to bring these iconic characters to life?

CW: Very early on we knew we weren’t going to record any dialogue on set. We knew it would be best to dub the dialogue with appropriate voices. While choreographing the fights, we all unanimously agreed on our stunt guy, Spencer Mulligan, for his incredible physical abilities and body type. Black Mask was a bit more tricky. For people who didn’t play the game, it was important that they see Black Mask as intimidating. But for people who did play the game, it’s also important there’s a hint he might not be as he appears. Jason Edelstein came in to try out the costume and see if he could portray a nice balance of the two with just body language. I couldn’t imagine anyone doing it better. Afterwards, we had to find the perfect voice for both characters.  I had about 30-40 voice actors try out for both parts. There was only one that had both the right tone and acting chops to do Deathstroke’s voice and that was Jazor Marnocha. I couldn’t find anyone remotely decent to voice Black Mask. So just for kicks, I had Jazor try out for Black Mask too, and he knocked it out of the park….again. I don’t think a single person has noticed they were voiced by the same guy. 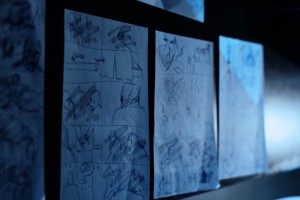 DKN: The action sequences are phenomenal, can you give us an insight into the effort involved both pre and post production to get the finished product we have seen?

CW: Every shot was carefully storyboarded and choreographed before shooting. I knew some of the cool action moments would have to rely on vfx, because the suit didnt allow for much physical movement or wire rigging. So we decided to build the choreography around pre-established vfx moments. Each fight had its own purpose. The first fight was to show Deathstroke’s creativity and what he is capable of if he were to use weapons. The backflip sword-impaling was taken straight from the Injustice video game. The second fight was hand to hand fighting, with a nod to some of the Arkham video game combat. The third “fight” was to really show how Deathstroke is calculated and merciless. Unlike Batman, he doesn’t mind getting bloody. 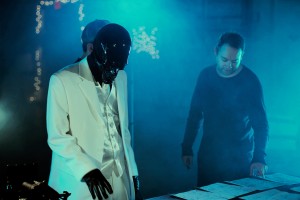 DKN: Did you consider Batman being in the short film? Why or why not.

CW: Absolutely, it was very tempting. I tried hard to find some sort of excuse to include Batman in the film. But as soon as you put Batman in a short then it suddenly becomes a Batman fan film, which we had no intention of doing. Batman would ultimately outshine Deathstroke. On top of that, we didn’t have the budget for a decent Batman costume, so that sealed the deal. Plus, the epic showdown was in the game (and CG trailer) , so there’s no need to redo that.

DKN: What were the biggest challenges you faced and how did you overcome them during the making of the film?

CW: There was quite a lot of penny-pinching as we only had a budget of about $1,600. Very difficult to make something cinematic with high quality costumes…with close to no money. While shooting the fight scenes, every single piece of Deathstroke’s suit broke off at some point. By the end of the first day we had to just wrap most of his body in duct tape and pray for the best. His mask had even shattered to pieces at one point, and every piece had to be intricately glued together again before the next morning. All of this, of course, had to be removed with several months of extra post work. His mask was CG (computer generated) in several shots. In fact, there’s probably three times as many unseen vfx clean-up shots than there are vfx shots. I had to learn quite a few things in terms of visual effects. I had never done cg blood or smoke before, which required i learn two completely new software programs while in post. 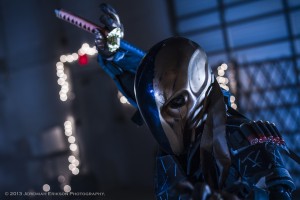 DKN: How long did it take to finalize the project end to end?

CW: From initial idea to finished film was about 8 months. With only 2 nights of shooting. We had to wait about two months for the Deathstroke suit to be completed. But render times were mainly to blame for the long production. I work off of a cheap consumer laptop, rendering extremely CPU heavy visual effects, that in many cases, took a week or two per render layer. Working blind most of the time and forced to lower quality often to keep render times within reason.

DKN : Who do you personally get inspired by when you work on projects such as this?

CW: I don’t really look to copy any particular filmmakers style, I think my inspirations are more subliminal while working than anything. The most inspiring 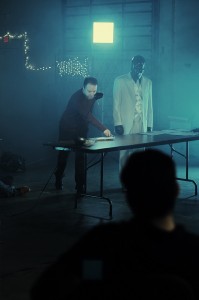 movies to me are the ones that get away with big ideas and great stories with a small budget and manages to elevate itself beyond a genre film or B movie. Every great filmmaker started off with a film like that. This particular short was best told in the veign of a B movie like Dredd 3D or Underworld.

As far as the music goes, our incredibly talented composer Maria Rubel and I looked to Hans Zimmer’s work. The score was very much influenced and inspired by Hans Zimmer’s Dark Knight music. Easier said than done, but she pulled it off.

DKN: Who is your favourite DC character and why?

CW: Personally, I’m more of a Marvel fan myself. As far as DC goes, Batman is the most interesting to me, especially since he has the best line-up of iconic villains…. like Deathstroke. Wonder Woman is pretty badass too though.

DKN: Do you have any other plans to create any DC stories on film?

CW: I’d like to one day make a Deathstroke film or series with an actual story and character arc. His relationship with his daughter Ravager is one hell of an interesting story to explore. Wanted to do a Wonder Woman short before this project, wrote a script and everything, but the budget was too high and the news of her being in Man of Steel 2 pretty much killed it.

DKN: What are other upcoming projects you have in sight?

CW: I have some ideas, but none that I can really move ahead with. As soon as I get a budget again I can really start thinking of what’s possible.

We would like to thank Chris White for his time in giving us the exclusive chat. We greatly appreciate his generosity and are big fans of his work. DC Fans be sure to check back in to Dark Knight News for more DC content. 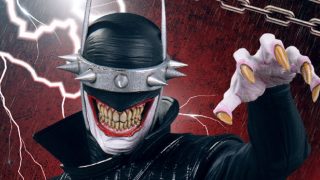