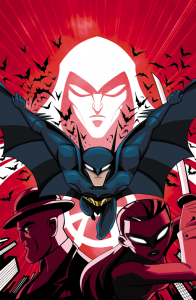 If you were a fan of the recently cancelled animated series Beware The Batman, you still have a way to get your fix on the horizon. DC Comics will release Beware The Batman- Volume One as a trade paperback January 27, 2015 (pictured left). It contains all six issues of the comic book for a very fair price of $12.99, but will not include the story featured in DC Nation Magazine #2. I’ve read only the first issue and thought it was pretty good.

With next to no merchandise released for this brand, I encourage others that enjoyed this show to follow my lead and purchase this book. Hopefully DVD and TPB sales will encourage Warner Bros. to release episodes 14-26 on DVD. (The first volume was comprised of episodes 1-13, of which the final two never actually aired on Cartoon Network.) Below is the solicit for the trade paperback.

BEWARE THE BATMAN – VOLUME ONE

Summary: The popular Cartoon Network series makes its way to comics! Bruce Wayne spent years studying crime-fighting techniques from his butler/former secret spy Alfred Pennyworth. Together they will take on Gotham City’s worst criminals and convicts. But even with the help of allies like Katana and Pennyworth, Batman’s skills will be put to the test against villians such as Professor Pyg, Man-Bat, and Tobias Whale. Collects Beware The Batman #1-6.

If you’ve been following the comic book tie-in to date, or want to sample the series, it should be known that the final issue, #6, is available in comic shops this week. Here is a preview:

In a story told entirely from first-person perspective, Alfred Pennyworth searches for Batman, who’s in the midst of a fight for his life! Can Alfred get there in time? 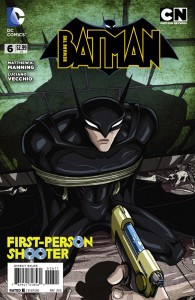 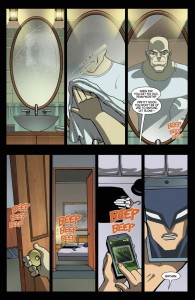 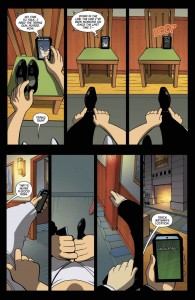 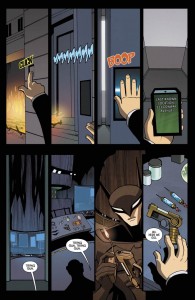 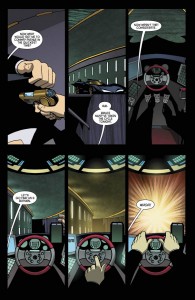 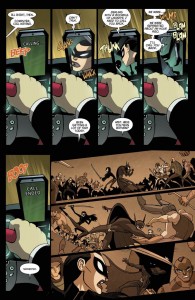 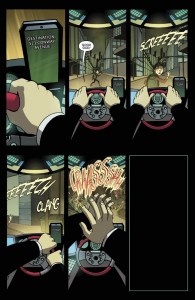