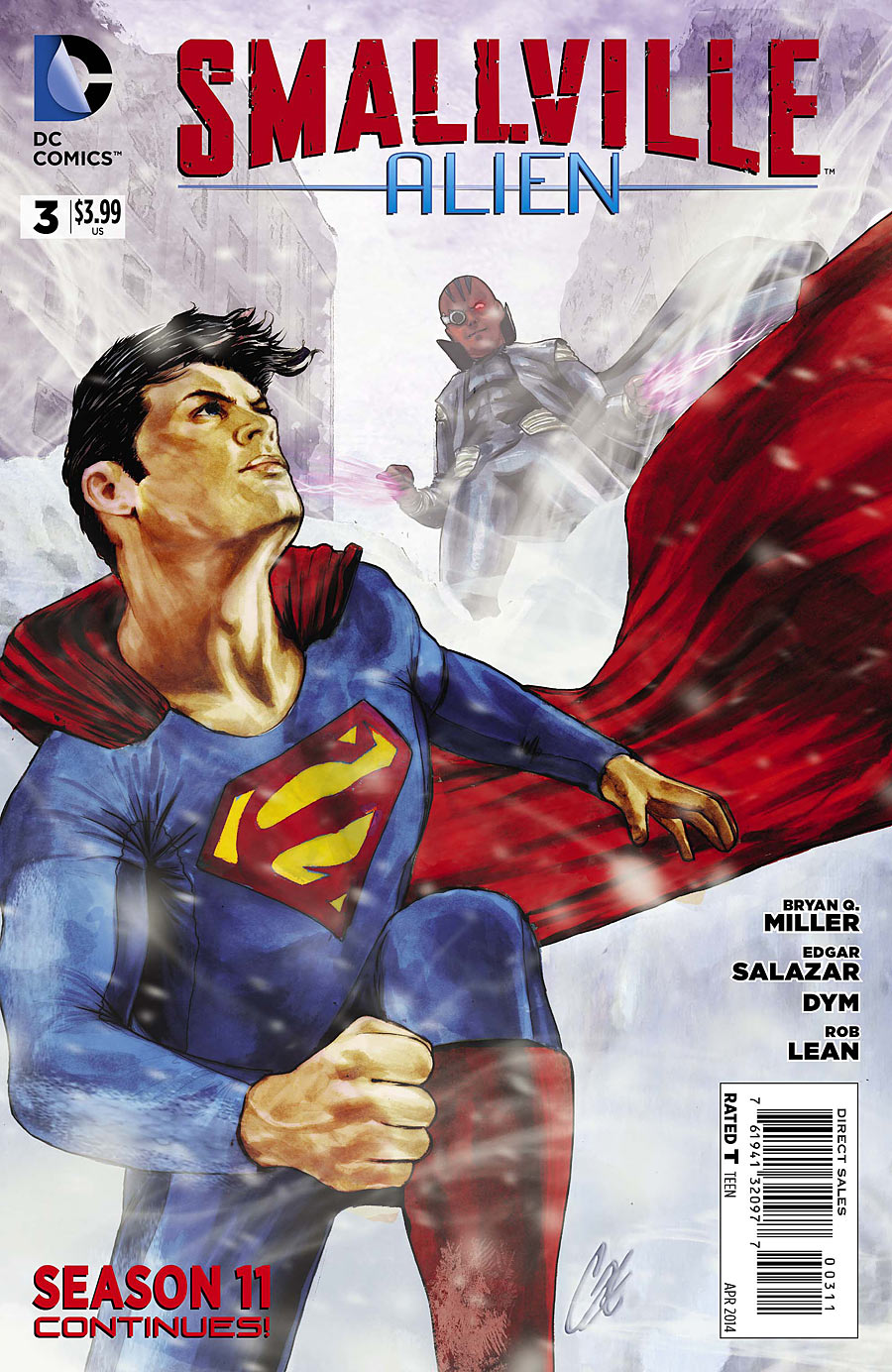 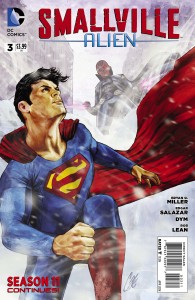 You may be wondering why you’re reading a Smallville review here on DKN. The answer is simple: Batman is a major supporting character in this mini-series. I tend to write about Smallville often over at Comic Book Movie and decided to share this wonderful book with readers of this site. Granted you probably won’t see reviews once the Smallville: Lantern arc kicks off in April (unless Batman is in that as well), so let’s just enjoy the story at hand. If you are unfamiliar with Smallville’s interpretation of Batman, I highly recommend you pick up Smallville: Detective, which is now available as a trade paperback. He has all the intrinsic qualities that make Batman the character we all love.

This issue picks up after Superman and the Rocket Red Brigade have been battered a Monitor. The book splits time between Lex and Clark investigating the Monitor’s spaceship in Russia and Chloe and Lois getting to know Batman and Nightwing (Barbara Gordon) in Gotham. Lex and Clark’s sleuthing led down a pretty interesting path that had some definite influence from Final Crisis. The only moment I really didn’t care for in this issue was an awkward fight in which Babs and Lois are beating up some street toughs and openly discussing their personal lives.

The most exciting moment for me was seeing Batman get ambushed at an amusement park by what appeared to be Bruce Wayne from an alternate universe wearing Joker makeup. I can’t wait to see what that’s all about. I just hope that before it’s all said and done that we get to see Smallville’s interpretation of The Joker. If you were a fan of the TV show and haven’t read the Season 11 comics, I implore you to do so. Or if you weren’t a fan and are into alternate interpretations of characters and want something outside of New 52 continuity, this may be right up your alley. I can’t recommend this book enough. Score: 8.5/ 10