Rumor: Batmobile Footage Shot in LA, May be the Only Element Retained in Goyer’s Batman Vs. Superman Script

The latest speculation regarding WB’s Man of Steel follow-up, Batman vs. Superman, claims that the movie will be primarily based on Chris Terrio’s script, only retaining the Batmobile from David S. Goyer’s script. Shooting in Michigan to begin in Spring. 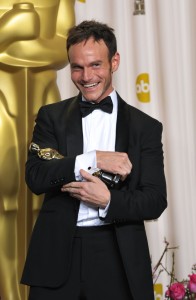 Last December, it was announced that WB would be bringing in Academy-awarding winning Argo screenwriter, Chris Terrio, to “help get the script in shape,” which, as far as I’m concerned, was a very wise move considering Goyer’s screenwriting chops haven’t really been up-to-par lately. He and Christopher Nolan may be able to conceptualize a great story and although he works well with co-writers, his solo ventures have been a little underwhelming as of late. Though there were reports that Zack Snyder was co-writing it, Snyder hasn’t quite proven himself to be strong writer yet, so it seems that this move was for the best.

Since then, there has apparently been a lot of speculation, unbeknownst to me, that Goyer’s script and everything that was filmed up until Terrio’s rewrite has been scrapped, which helps to explain the delay in production, aside from the frigid weather.

An update from the very popular Dr. Detroit, via Batman On Film, said:

“I’ve been told that Michigan shooting will start at Michigan Motion Picture Studios in Pontiac. I’m hearing mid-March as the start date. Michigan location shooting won’t start until late spring (May or possibly June) at the earliest.

Now, I specified ‘Michigan’ shooting above, because we know a scene has already been shot in Los Angeles. However, with Chris Terrio now [re-writing the film], that footage is likely scrapped. There was speculation that everything up to the point of Terrio taking over had been scrapped as well (including Batsuit and Batmobile) but that does not appear to be the case. BECAUSE…

My sources tell me a shoot is currently taking place in the Los Angeles area. What’s being shot? Well, I’ve been told it involves the highly anticipated, new BATMOBILE! Whether this footage will end up being used in the film or is for the purposes of testing/promotion is not entirely clear. But it does reveal that pre-Terrio/Affleck designs have been retained.

This information coincides with what I’d heard previously about the new Batmobile being tested in late January/early February.”

It seems pretty vague about what exactly is being said here. The only concrete information being reported here is that the shoot has been pushed to spring to presumably accommodate warmer weather and that they shot some footage with the brand new Batmobile post-Terrio revisions. Based on that evidence alone, the good doctor claims that it’s likely that the Batmobile will be the only element retained prior to the Terrio takeover.

So let me reiterate this, because there is speculation that Goyer’s script and everything filmed up until that point was scrapped and because there are reports they’ve been shooting some Batmobile stuff after Terrio rewrote the script, the only being thing retained is the Batmobile. It’s logical, yes, however considering that there is literally no weight to the speculation of Goyer’s material being scrapped, I can’t really take the good doctor’s claims very seriously.

I really hope that this doesn’t turn into another Wonder Woman origins fiasco, where everybody took Ramey’s speculation as fact. Again, considering that nothing from Doctor Detroit has been confirmed, remember to associate Doctor Detroit with salt. His report remains a rumor and his speculation remains speculation and nothing more.

Unfortunately, I can’t offer anything more to add to the conversation in terms of speculation. Personally, I would have preferred a direct Man of Steel sequel considering what Snyder said months ago about how this Supes still needs time to grow before leading a team of superhumans. But I trust DC and WB to craft something that will not disappoint fans.

What do you think? Excited for Terrio’s revisions? Do you prefer Goyer’s scripting? Do you want a more expanded universe? Let me know.