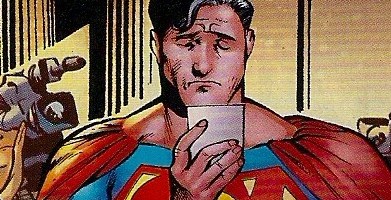 Regarding the delay of Batman vs. Superman, rumors pertaining to potential plot spoilers have arisen.  There is a plethora of possibilities as to why a film’s production might be delayed — bad weather, actor deaths, film budget issues, and etc.  However, could Man of Steel 2 have been pushed back due to a spoiler leak?

Here’s a rumor as to why Batman vs. Superman/Man of Steel 2 may have been delayed: someone from the film’s art department, in addition to others, spilled the beans about major plot points, thus spoiling the film for those whose ears caught wind of the words.  If you don’t wish to have the film potentially spoiled for you, then do not read any further.

Potential Spoilers for Batman vs. Superman/Man of Steel 2 include plot points, villains, deaths, characters, and more, and are as follows:

Regarding the accuracy or truth of the rumored spoilers, Movie Pilot said:

We can’t confirm that there was anyone fired, which would make these rumors seem more plausible, but it does appear that some things have “moved on” – one of those things, perhaps, being the draft of the script. I really hope there is a whole lot more to the current script than these rumors indicate, otherwise, good luck to DC with this Universe and competing with the Marvel Machine.

Perhaps new rumors or information, either factual or non-factual, will surface in the near future.  For now, we can all mull over these potential spoilers.  Regardless of whether or not these spoilers hold any accuracy, one may logically deduce that said spoilers may not ring true for the film, which, as mentioned earlier, has been pushed to May 2016.  If the spoiler rumors are true, we can assume that some or all data pertaining to the spoilers will be re-written or altered via future iterations of the screenplay.  Or not.