DC Universe Original Animated Feature Son of Batman will be available to own on May 6, 2014; the options include Blu-ray/DVD/Ultraviolet Combo Pack, single DVD, and Digital Download.  You can view the trailer here.

Synopsis of Son of Batman, which was inspired by Grant Morrison’s Batman and Son comic storyline/paperback :

Batman is shocked to learn that not only does he have a son, but the boy’s mother is Talia, the daughter of the international overlord, Ra’s Al Ghul. Nevertheless, the Dark Knight and his willful boy (as the new Robin) becomes uneasy allies when Talia enlists a team of ninja man-bats on a criminal enterprise with international consequences. 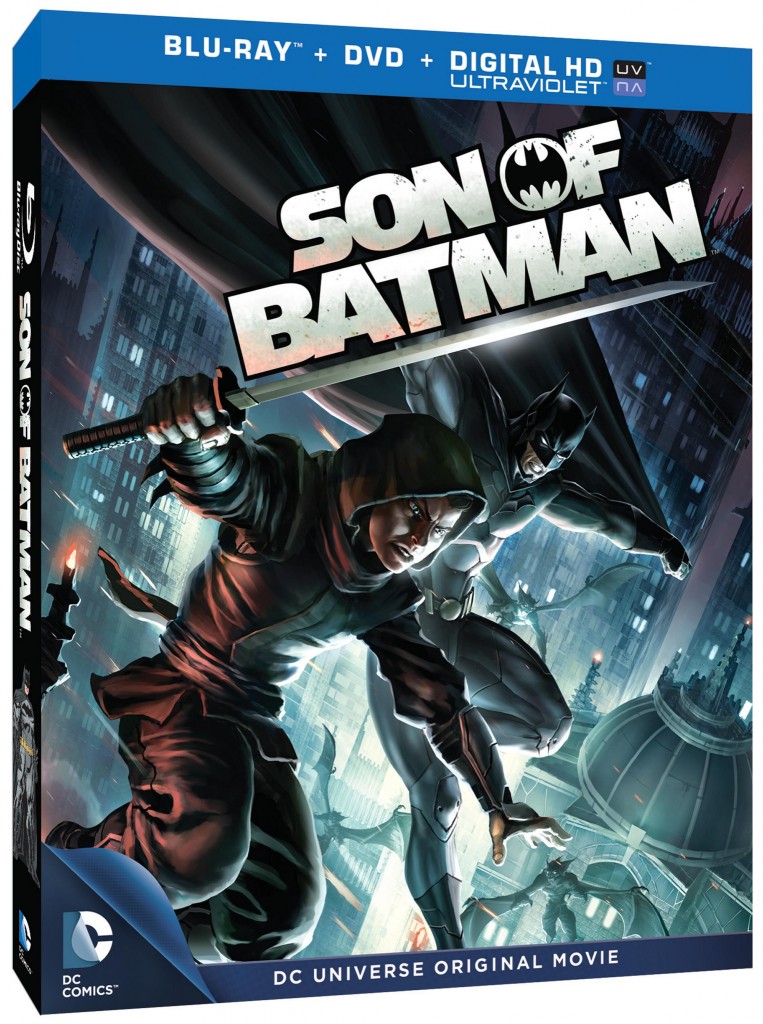 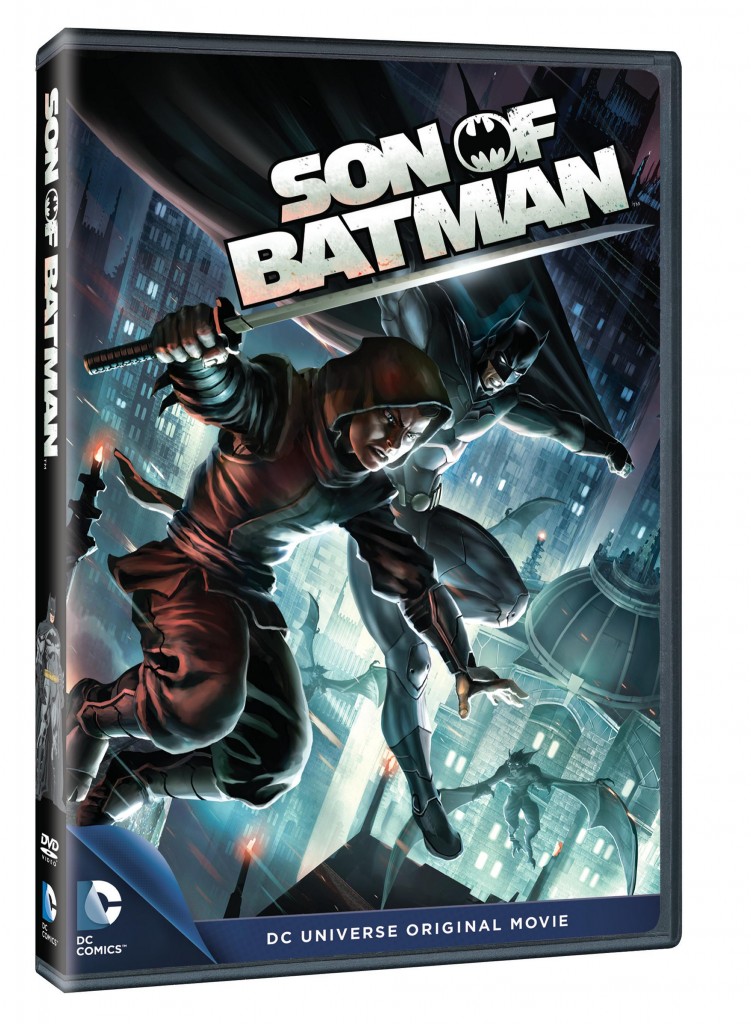 Expect to see such characters as Batman, Damian Wayne, Talia al Ghul, Ra’s al Ghul, Alfred, and Deathstroke.  Son of Batman was directed by Ethan Spaulding.  The screenplay was written by Joe R. Lansdale, and was adapted from story written by James Robinson.