Nightwing #30 was confirmed as the final issue of the series today in DC’s April Solicitations. Speculation has run rampant that the one-time Dark Knight (2 times, actually) and former boy wonder would not survive DC’s mega crossover event, Forever Evil.
Over the last week, Kyle Higgins, the writer responsible for relaunching the title in the New 52 era revealed that he was walking away from the title with issue #29. This, with today’s news, is a grim omen of the fate of one of comic-dom’s oldest and most beloved characters (2015 would be the character’s 75th anniversary).
Can Batman survive the loss of two sons (Batman lost his son, Damian, last year)? Is this truly the end of Dick Grayson? As we draw closer to April, hopefully more light will be shed on his outcome. 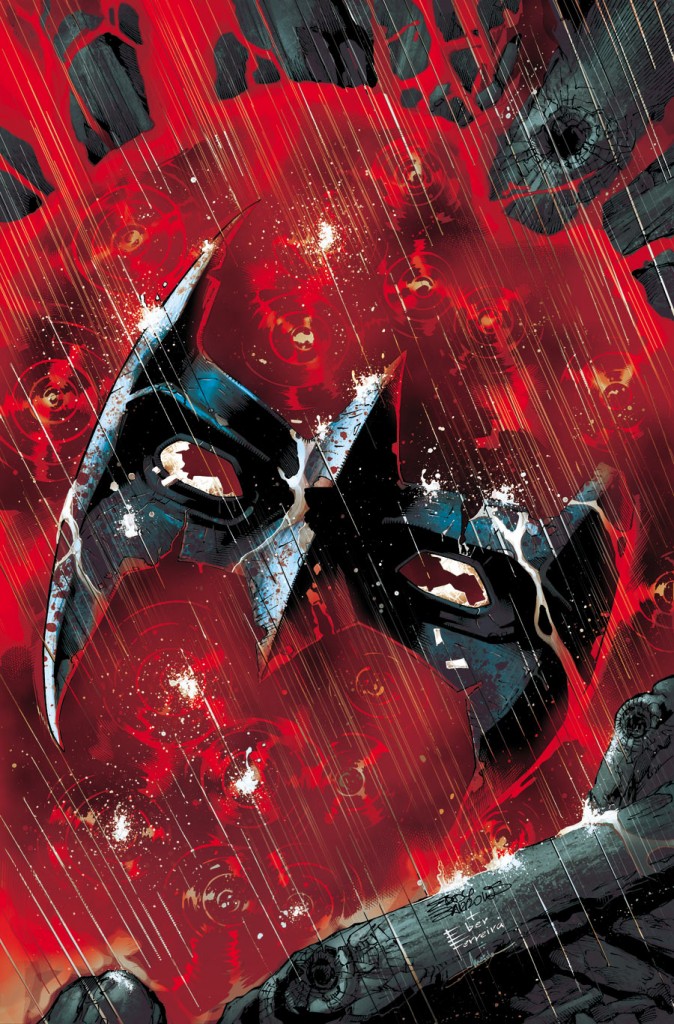 Nightwing #30 will be out April 9, 2014. Written by James Tynion IV, with art by Meghan Hetrick-Murante. Cover by Eddy Barrows.