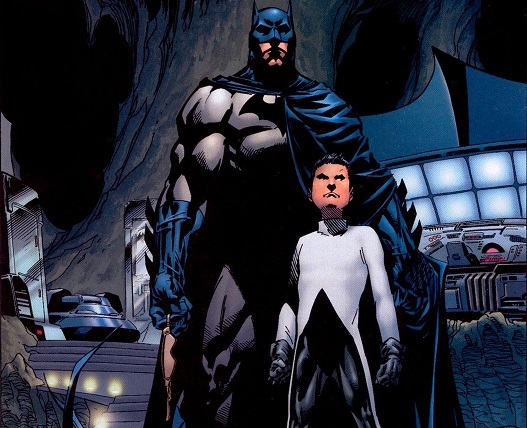 We all know Batman has a son, Damien, but now it’s time for him to come to life on the big screen.

“Son of Batman” will be premiered at WonderCon in Anaheim, CA on Easter weekend and the DVD, Blu-Ray and digital download will be available in late Spring.

The voice cast will consist of Stuart Allan as Damien, Morena Baccarin as Talia/Damien’s mother, Giancarlo Esposito as Ra’s Al Ghul, David McCallum as Alfred, Xander Berkeley as Kirk Langstrom/Man-Bat, Thomas Gibson as Deathstroke, and Jason O’Mara as Batman. O’Mara has voiced the Bats before in Justice League: War, which is due for release on February 4th. Be sure to check out the trailer and let us know what you think!