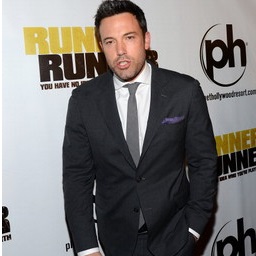 Although there’s no way of knowing for sure until the highly anticipated Batman VS Superman movie hits the big screen, rumor is starting to go around that once filming has ceased for BvS, Ben Affleck will continue to don the cape and cowl in his own series of Batman movies.

Though when the announcement was made he would play the character, he received a lot of opposition from fans, but now filmmakers see promise in Affleck.

If this is anywhere near the truth, it seems we’ll just have to wait for MOS 2 to be released and see if Affleck has what it takes. Bill Ramey, a writer for the website Batman On Film, was quoted saying:

It seems Ben does have some support, and despite previous judgments made by many (including myself), I think he deserves a chance. If he delivers when MOS 2 drops into theaters, despite it being a movie focused primarily on Superman, then I’ll stand by him and anything solo he does, if he chooses to.