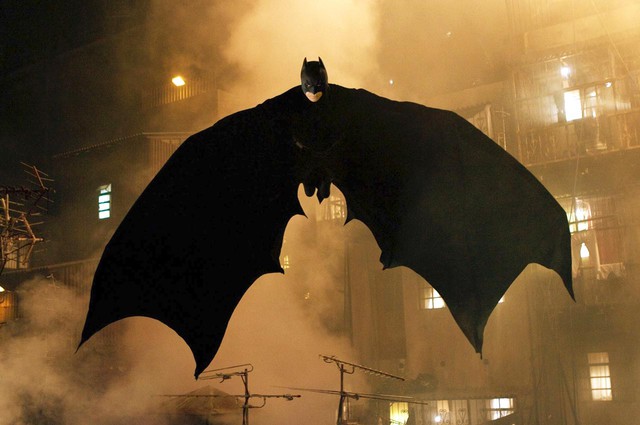 A comic-book fan and an adjunct assistant professor of materials science and engineering at North Carolina State University and a program manager at the U.S. Army Research Office in Durham, Suveen Mathaudhu, challenges fellow scientists to think four-color funny pages BIG. He dares others to think and reach for scientific breakthroughs “envisioned only in comic book realms.”
In a recent article on real world science recreating the comic book superhero science, Batman’s suit (body armor) and cape made the list, as well as Wonder Woman’s Lasso of Truth. It’s pretty incredible to think that the stuff of our imaginations can be real, but then again, Star Trek’s tricoders and Dick Tracy’s wrist watch were once viewed as such (see smart phones and smart watches).

Batman’s Armor
In Batman Begins (2005), the caped crusader’s armor is built on a foundation of flame-resistant Nomex, with Kevlar-reinforced armor in the chest, back, thighs, calves, arms and mask.

Five-times stronger than steel by weight, DuPont developed Kevlar initially to make car tires stronger. The first antiballistic materials were tested on goats. They survived, making them, by analogy to Batman, the world’s first super-goats.

New Kevlar products offer resistance to shrapnel from IEDs (improvised explosive devices) and a variety of low-speed threats like stabs and spikes.

Even cooler than Batman is research being conducted by researchers at the U.S. Army Research Laboratory and the University of Delaware into so-called liquid armor, a fluid that hardens on impact. It could be used eventually in soldier uniforms, space suits and surgical gloves.

Batman’s Cape
In Batman Begins, industrial designer Lucius Fox gives Batman a cape made out of a material that is flexible under normal conditions, but that can stiffen when exposed to an electric charge. This allows him mobility when on the ground, but the ability to glide when needed.

Dielectric elastomers are a class of polymers under development that revert between shapes by converting electricity into mechanical energy. Researchers are probing their potential uses in artificial muscle for limb prosthetics.

Between scientific research like this and Scott Beaty’s The Batman Handbook, maybe someday I can keep my city safe as a real Batman.