With the release of Batman: Arkham Origins now out we may see back to back releases with another Batman title possibly coming in 2014. This time Rocksteady could be back to continue work with a 3rd title. Kevin Conroy who played the voice of the Dark Knight in the first two Arkham games accidentally revealed he is working on a new Arkham project in this interview. 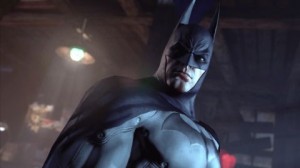 To clear things up, back in July of 2012 Variety had reported that  Rocksteady was working on a Batman prequel that included a mash-up of DC characters with a specific focus on the beginning of the infamous relationship between the Dark Knight himself and the Joker. The detail on this seemed to have matched the description of the Arkham Origins title. The assumption here is that this report was referring Origins and not a future release.

Kotaku.com reports that WB Motrial began development of Arkham Origins around the time when Arkham City was released (fall 2011) which would leave a 2 year cycle meaning that the next title could be in fall of 2015.

For further detail you can take a look here.