This article may contain spoilers from Forever Evil #2 and #1. If you haven’t read it and don’t wish for it to be ruined for you, please do not continue past this point.

DC recently released preview pages of its next installment to the Forever Evil storyline, written by Geoff Johns and illustrated by David Finch. In these first few pages we see interactions between Lex Luthor and the freshly-debuted Bizarro, who made his first New 52 appearance in last month’s Forever Evil2. While we do see some strange but heartwarming development in the relationship between Lex and his dysfunctional zombie Superman clone in the first few pages, it seems any clarification on the sudden appearance of Batman in the last issue is being saved for latter parts of the newest installment. 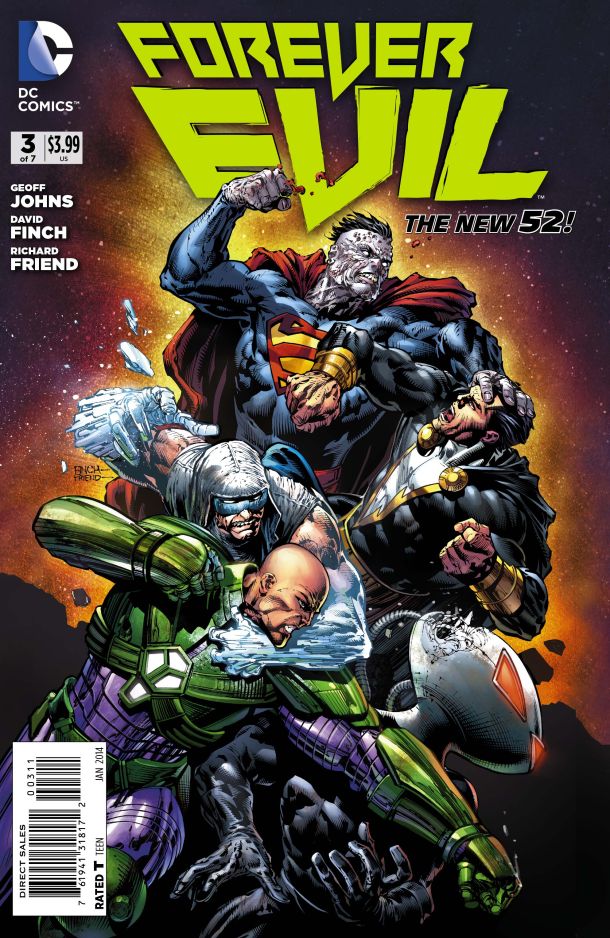 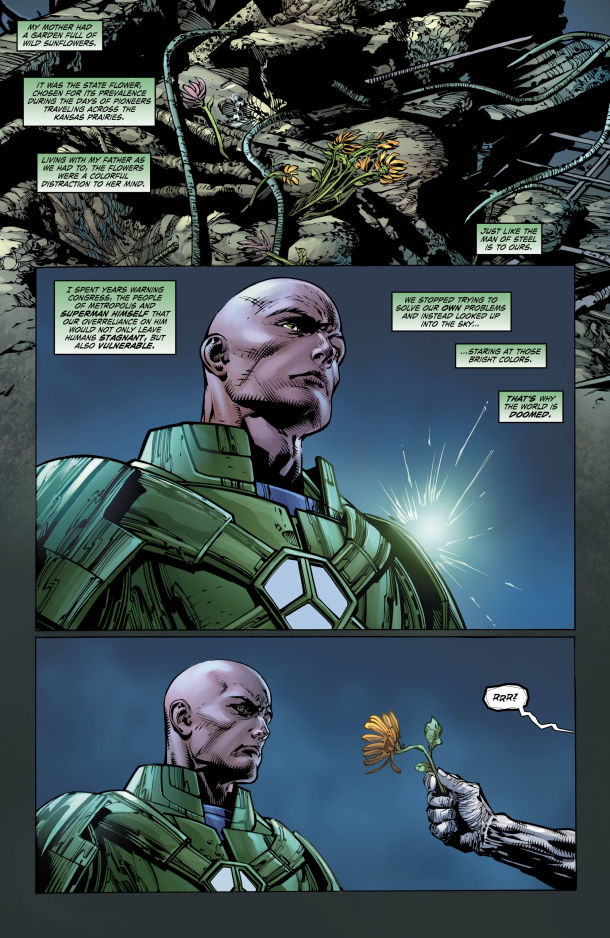 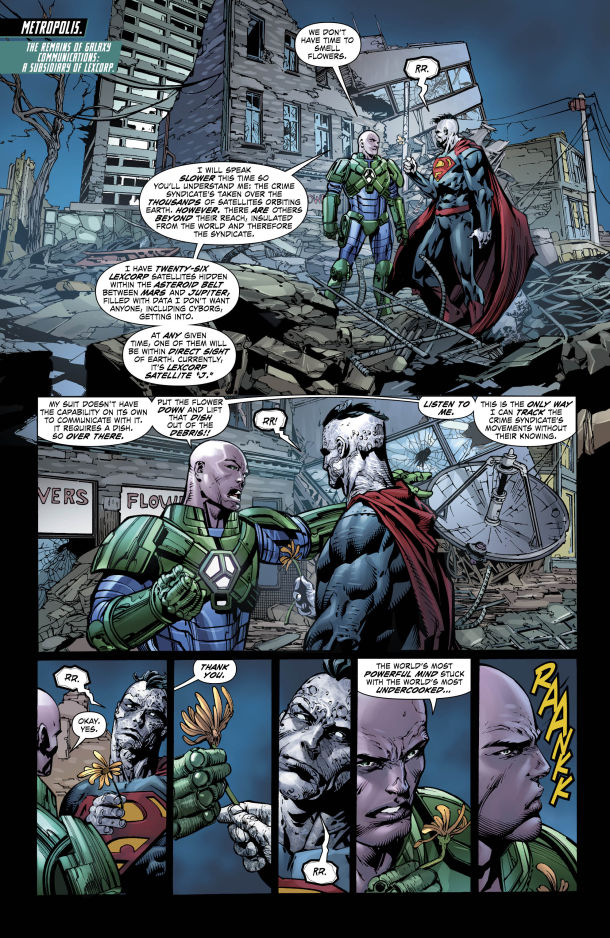 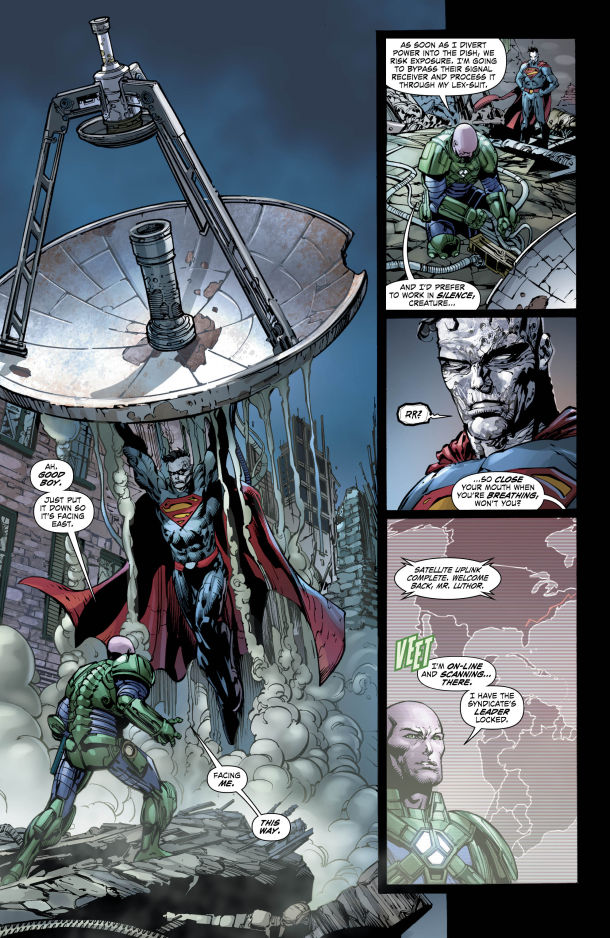 While Forever Evil is starting to gain some momentum, there are still a number of variables that need to match up, and there are still many questions that have been left unanswered. What happened to the Justice League, really? Why did Batman and Catwoman survive? What’s going to happen to Nightwing? What is the rest of the DCU going to do about it? So far, all we’ve seen is the reactions here and there of various parts of the DCU, but there is no unification of the storyline. Forever Evil spread out across the entire DCU, and it seems to have stayed spread out ever since. There are a number of offshoot storylines such as Rogues Rebellion, Arkham War, ARGUS, Blight, etc. that add to the confusion, and the heavy amount of one-shots from Villains Month (many of which were, sadly, sub-par) have stagnated the DCU. Attempts to rebel against the Crime Syndicate, for the most part, seem apathetic and scattered. As of right now, the only hopes the DCU has of going back to normal are Batman and Lex Luthor. And judging by the cover of this next issue, Luthor’s attempts at taking the earth back may take a while. I think I speak for everyone when I say that this looks like a job for Batman.

‘My First Comic’ Part Of DC Initiative To...