DC Collectibles debuted their newest addition to the popular Arkham line of action figures this week. Batman Arkham Origins Series 2 Deluxe Killer Croc joins Joker, Bane, Firefly, Anarky and Deadshot in trying to kill the Batman on Christmas Eve. Standing 10″ tall (regular figures are just over 6″) and retailing for only $24.99, Croc is available now for preorder with a March 2014 release date.

Check out the images for details and size comparison. 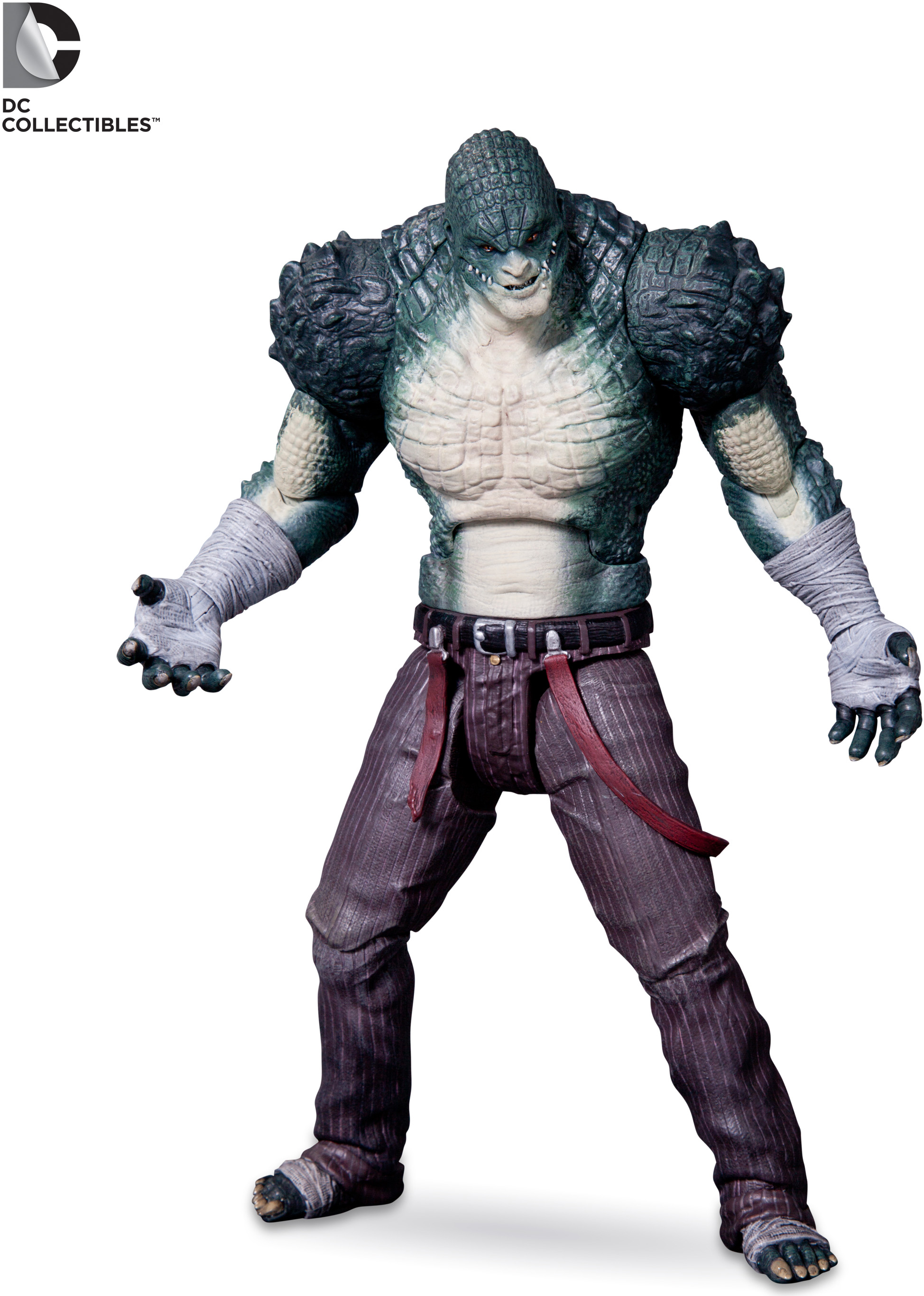 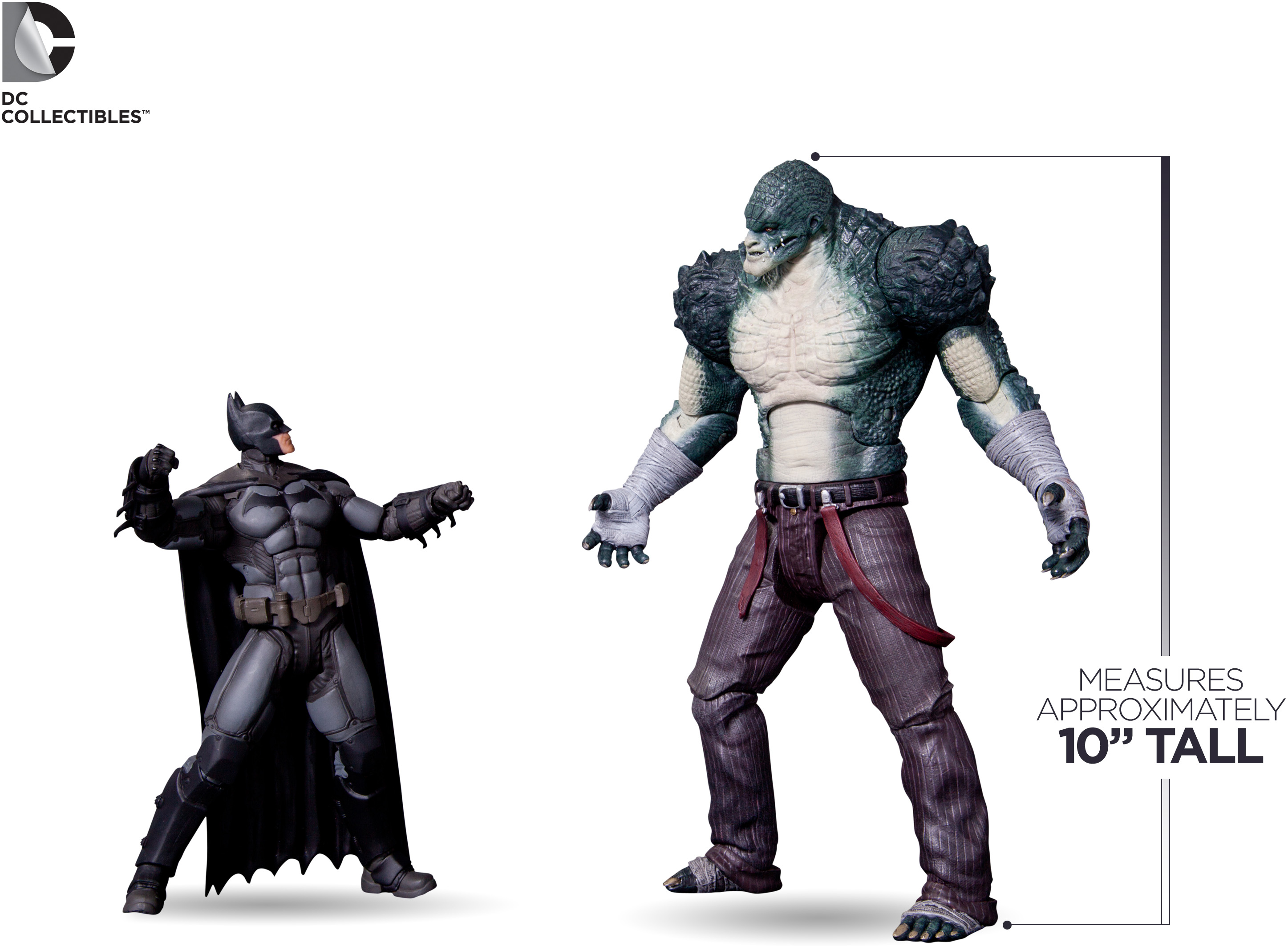