Brad Dourif Cast as the Joker? 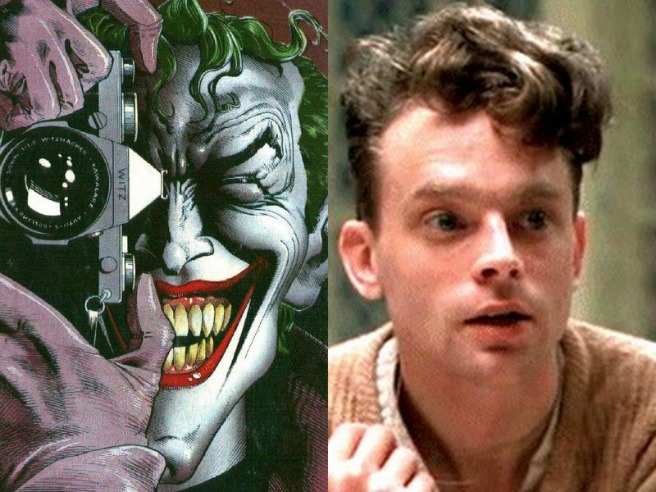 “Tim Burton saw me on a plane and wanted to cast me and they [studio Warner Bros] said no,” said the actor, who has played evil doll Chucky in six Child’s Play films. He joked: “He [Nicholson] takes all my roles.”

Douriff played opposite Nicholson in One Flew Over the Cuckoo’s Nest, but has never worked with Burton. Apparently, he was also wanted by the director for the role of The Scarecrow in his aborted second sequel to Batman. The character was dropped when Joel Schumacher took over what eventually became Batman Forever, and the rest is history.

Sure, we could sit here and play the “what if” game, and I’m going to. Looks-wise, I think he nails it. I can only imagine Douriff would have gone darker with the character (“The Killing Joke”), instead of Nicholson’s lighter approach. Don’t get me wrong, I love his performance and before The Dark Knight Trilogy, that was my favorite villain in the movies. However, sometimes it’s fun to sit back and wonder. Unless you’re thinking of Bill Murray as Batman. Now THAT’S funny.