Dark Knight Legacy Series: By the Fans, for the Fans

Check out this by-the-fans, for-the-fans video from Dark Knight Legacy, which:

…follows “Robin” John Blake’s heroic journey to protect the symbol of Batman from the lethal, relentless attacks of a masked vigilante known only as the Red Hood.

A completely fan-funded series, Dark Knight Legacy is by fans and for fans.  Every penny will be put towards creating an epic masterpiece that explores the world left behind in the Dark Knight Rises.

In the first “episode,” we are introduced to Red Hood, a man who kills under the guise of a Bat symbol on his chest, and to Nightwing, a man who wants to both preserve the true meaning behind the Bat symbol, and stop Red Hood’s murderous ways.

The visual style seems to strive for the Nolan-esque, while Red Hood is presented as both brutal and uncompromising.

Check it out, and donate to the cause if you wish to see more Dark Knight Legacy! 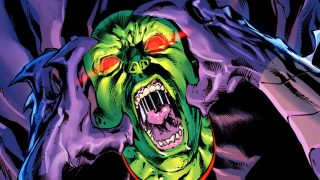