Clayface Auditions for a Lead Role 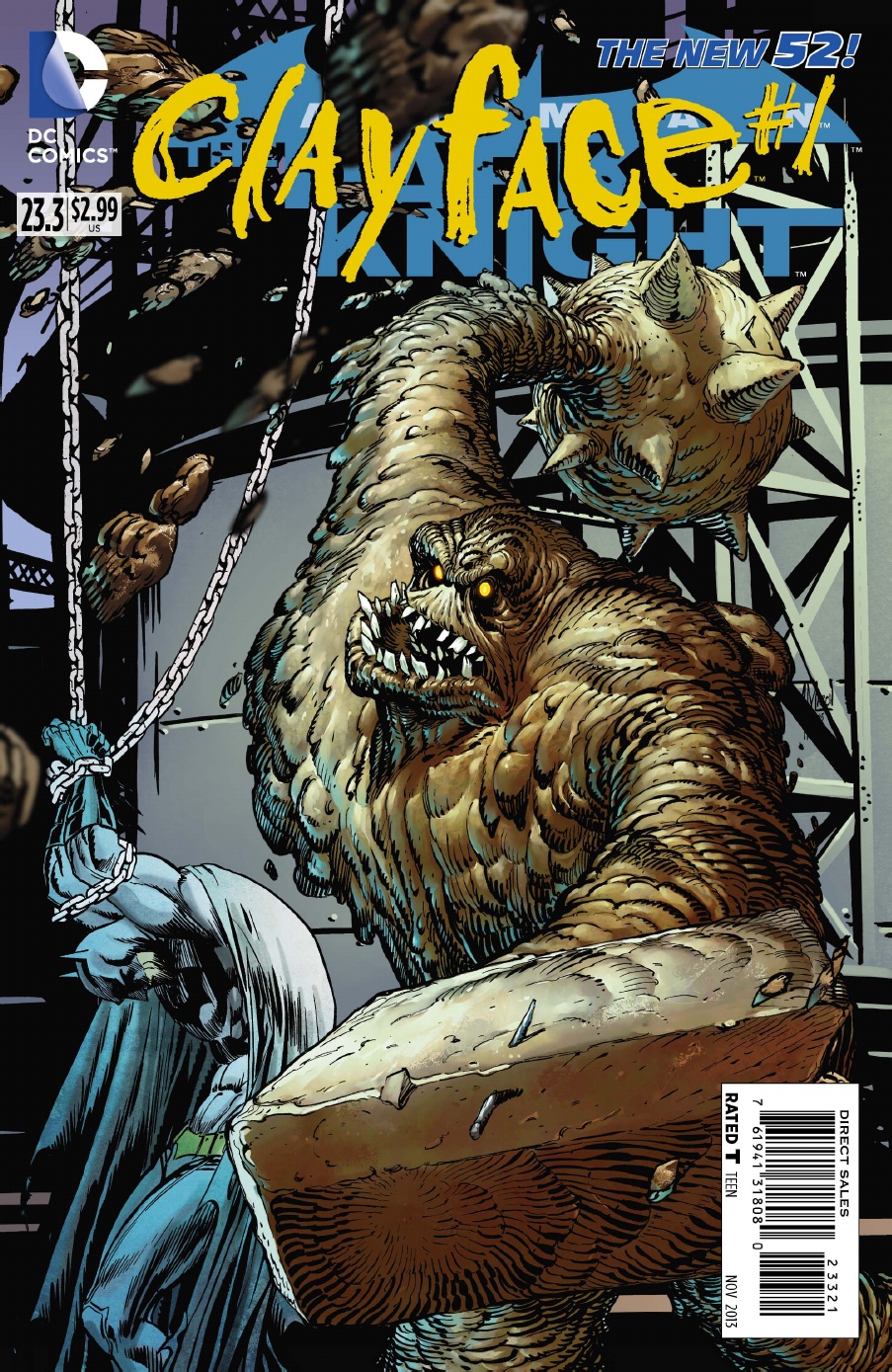 Hard as a rock, or just a big softy? “Villains month” continues in the DC Comics world, and this week we get to know the man behind the clay in Batman: The Dark Knight #23.2. Writer John Layman says the comic is a “true one-shot” that “encapsulates all that makes Clayface cool.”

“Not only is he immense and powerful and pliable, but he can also be a master of disguise,” Layman says. “Clayface has the potential to be far higher up the criminal hierarchy, but he is handicapped by two things: He doesn’t have smarts to match his ambition, and he’s got a terrible temper that often keeps him from achieving his goals. My story explores all this.”

I always felt like Clayface had the chance to move-up on the Batman villains list, but never had the story to help him out. Maybe Layman has finally figured out how to mold a story into something that can cement its way into Batman’s history.

Batman: The Dark Knight #23.2 will be available on September 18.