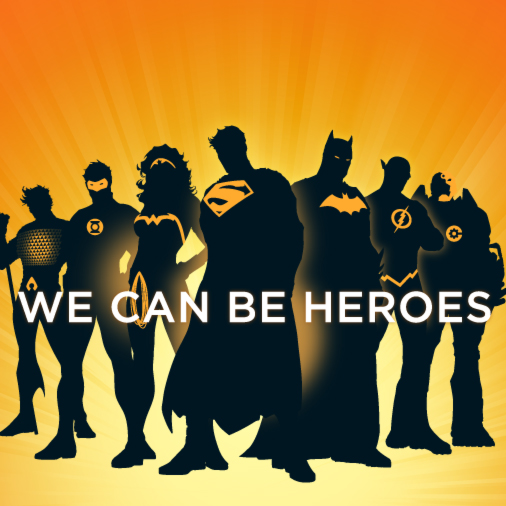 DC Comics, in partnership with Indiegogo, has just launched its Justice League themed We Can Be Heroes campaign. Following its fruitful Batman and Superman themed fund-raisers, the joint venture raises money for the humanitarian crisis in the Horn of Africa. Primarily fighting hunger in the nation.

Like the Super Heroes of Justice League, each one of you can bring something to this fight. All donations, big or small, go to bringing help and hope to the eight million people still affected by the hunger crisis in the Horn of Africa. Let’s get together and show the world what the power of good looks like.

Jim Lee, Geoff Johns, Bruce Timm, Gail Simone and Tom Taylor offer their names and signatures to the cause. Plenty of donor incentives include: 3D covers, getting drawn into the Justice League comic, six digital issues of Trinity War, the JL: Crisis On 2 Earths Blu Ray, passes + extras to NYCC and a Forever Evil Variant #1.

This will be a six week period with new items added weekly. The additional items will be based on each individual member of the Justice League.