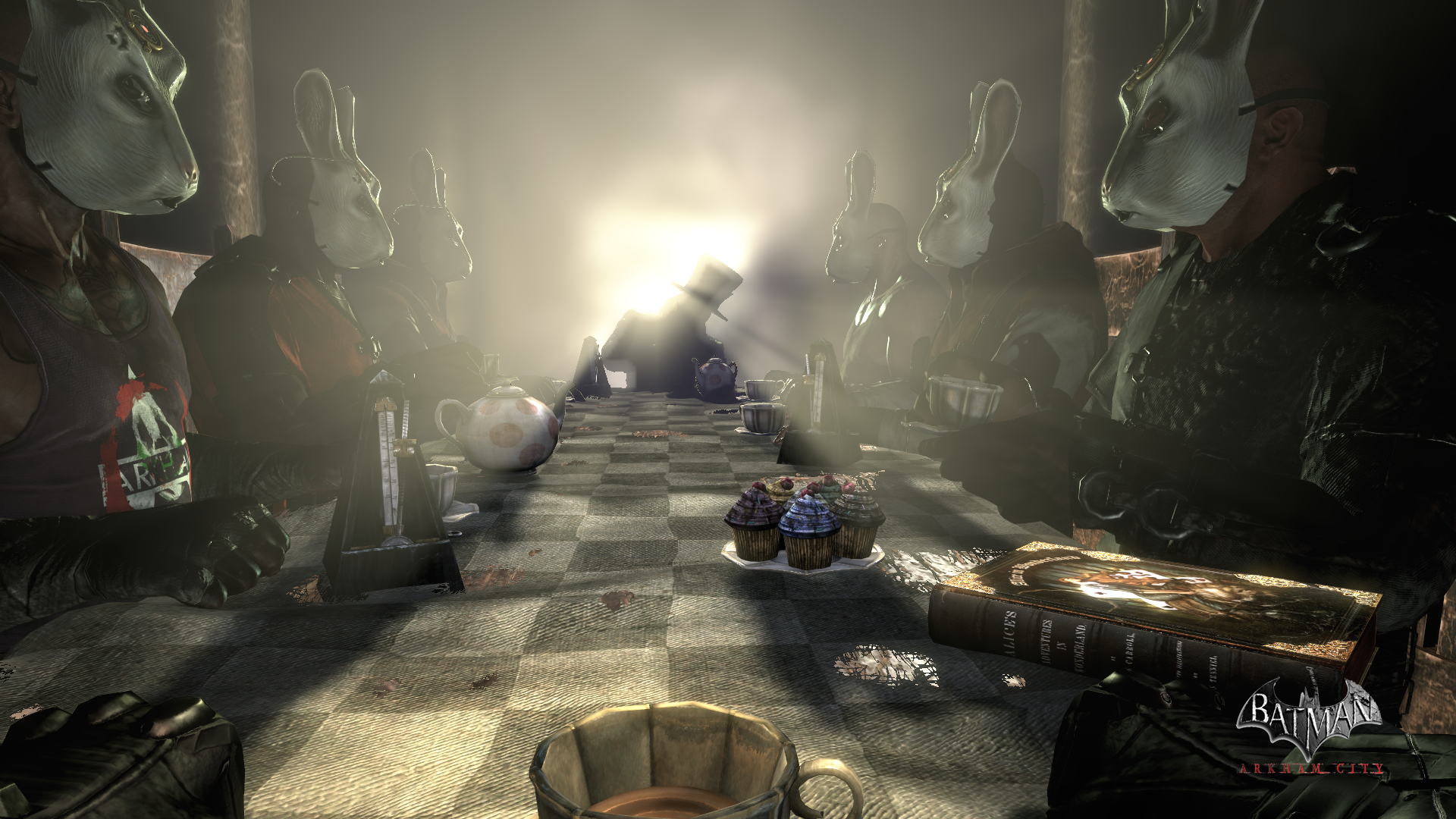 A few weeks ago, it was confirmed that Jervis Tetch, better known as the Mad Hatter, would be appearing in Batman: Arkham Origins. As you can see from the magazine, he will younger and much less disheveled than his memorable appearance in Batman: Arkham City. Though, his side mission in Arkham City was tedious at best, it is one of the most beautifully rendered scenes in the entire game. Standing atop that giant pocket watch, falling through the rabbit hole was breathtaking.

Though I generally tend to avoid side quests in favor of the main story, I made sure to play that annoying side quest because of the voice acting. Peter MacNicol’s Mad Hatter was so creepy that he induced goose pimples all over my arms and made the hair on the back of my neck stand on end. With all due respect to the great Roddy McDowall who provided a wonderful gentlemanly take on the character in Batman: The Animated Series, I have to say that MacNicol’s casting as Mad Hatter was so sublime that it matches up with the casting of Mark Hamill as the Joker. He was just meant to play that role.

And why was it necessary for me to extol his portrayal in Arkham City? Well, because Eric Holmes, creative director on Batman: Arkham Origins, confirmed a few days ago that MacNicol is reprising his role as the Mad Hatter… and I couldn’t be more elated.  As usual, I wasn’t intending to pursue any side missions, despite the confirmation that Mad Hatter would be appearing, but now that I know MacNicol is back, I can’t wait to see how they’re going to top Arkham City.

What do you think of Peter MacNicol’s return as Mad Hatter? Do you find him as great as I do? Or do you think it’s time for someone else to take up the role? Let me know.