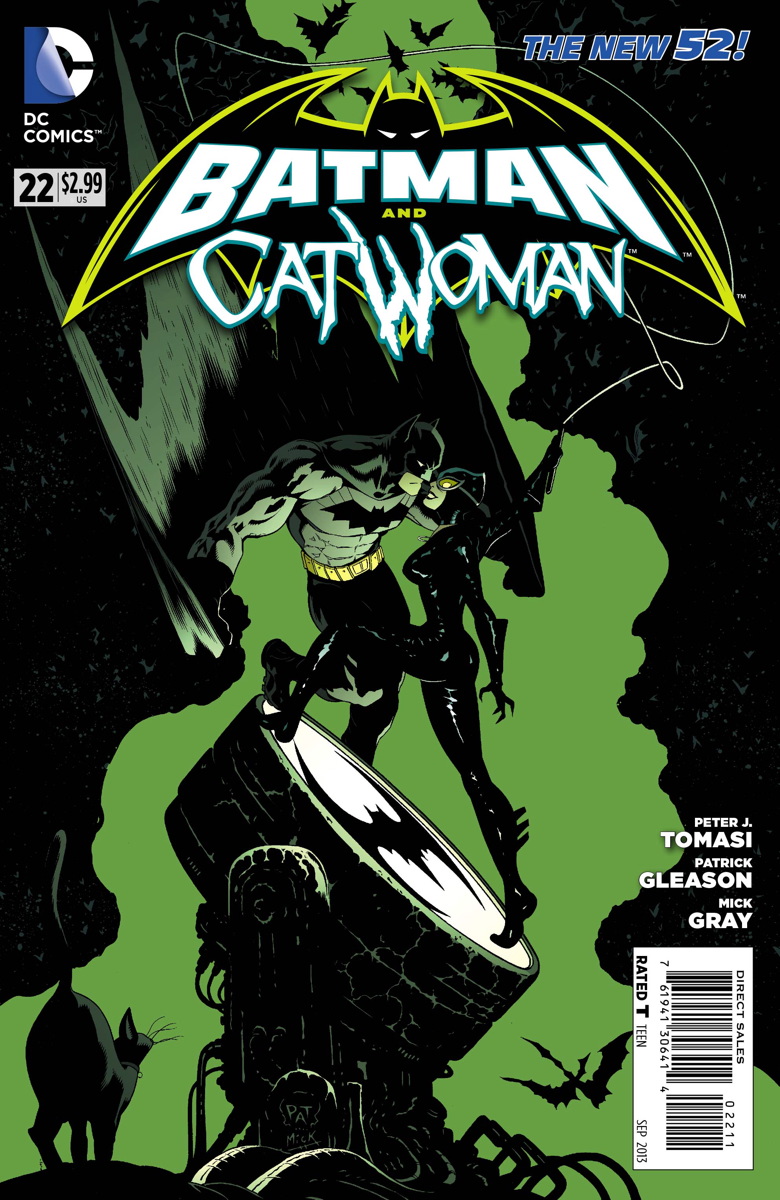 Batman and Catwoman #22 finds Bruce trying to deal with the fallout of Damian’s death when Catwoman comes knocking for help.  But is she here to take advantage of a mourning Batman?

Despair begins with Catwoman being given a mission from the JLA.  Meanwhile, Bruce comes to find that Alfred has hired Carrie Kelley as Titus’ caretaker.  This forces Bruce to further face the reality of his son’s absence as his lies of him studying abroad are not enough to keep Ms. Kelley from wanting contact with Damian.  To further complicate things, Catwoman seeks out Batman’s help with her JLA mission, a task that he accepts under false pretenses. This leaves Batman in a situation that he was not expecting.

“Anyone ever mention what a killjoy you are, Trevor?”  Out of the few things that this issue has going for it, Patrick Gleason returning to art is definitely on top of that list.  All the characters look great, the action is nice and it’s not often someone can draw the quarter smile that Bruce musters up to not look completely terrifying.

“Should I close my eyes?” Remember when Tomasi was going to show us a different stage of grief in each issue of Batman and…?  Sure, Despair is like depression but, much like last month’s bargaining, Tomasi seems to have trouble getting these stages across to the reader.  This issue does nothing to move the story forward.

“The truth or I’m gone.” It’s nice to have Carrie Kelley reappear after last issue’s absence.  While there is still no clear indicator of how or why she is – or will be – important, at least they are making sure she doesn’t just pop out of nowhere when this plan does unfold.

Batman and Catwoman #22 is a very disappointing issue.  While it is important to give events like Damian’s death breathing room, it is also important to have a story that doesn’t just feel like filler.  Tomasi has proven he can be a good Batman writer but this team up book is clearly creating problems for him.  The smaller plot with Carrie Kelley is nice, but the Catwoman portion just feels very tacked on. Next month will feature Nightwing and should cover the final stage of grief, acceptance, so let’s hope this series can stop treading water after that. 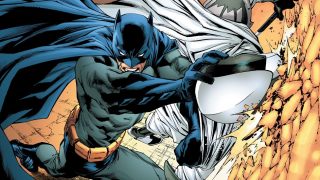