A new behind the scenes clip was unearthed and features a look at the Batpod chase sequence in The Dark Knight Rises. Click the jump to see more.

The Dark Knight Rises is a very contentious movie among Batman fans and movie fans alike. Christopher Nolan was just charged with the task of trying to figure out just how he could possibly make a worthy follow-up to the Dark Knight, but the problem is that the Dark Knight was just near-perfect movie. Regardless, despite DKR being the weakest in the trilogy, I enjoyed it thoroughly and was just glad that Batman movies like that exists.

Say what you will about DKR, but you have to admit that that movie was a spectacle. And that means a top-notch special effects team. How better to appreciate them a little more then with this recently discovered behind the scenes feature all about the Batpod?

Apparently, the clip was released exclusively to iTunes, but as expected, in the world of sharing and pirating, nothing ever really remains exclusive. At first, I have to admit that I was a little bored as they were explaining the stunts involved in this sequence, but when the Batpod came up, I perked up a bit and focused a little more after that. Overall, it was just a very, very cool video explaining how they managed to get over the obstacle of having a heavy vehicle perform what seemed like an impossible stunt. It’s a good testament to the skill and ingenuity of the folks working on DKR. My hat off those folks.

There’s speculation that this may appear on the “Ultimate Batman Trilogy” Blu-ray boxset that’s been promised to us. Anything else you’re hoping for in that release? Let me know. 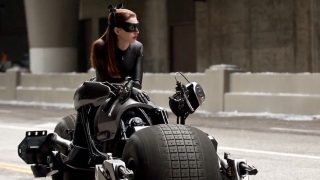 Anne Hathaway Reunited With The Batpod 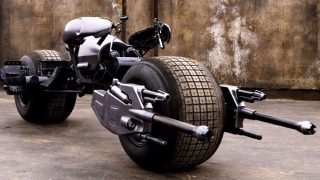 Here’s How You Can Own A Batpod