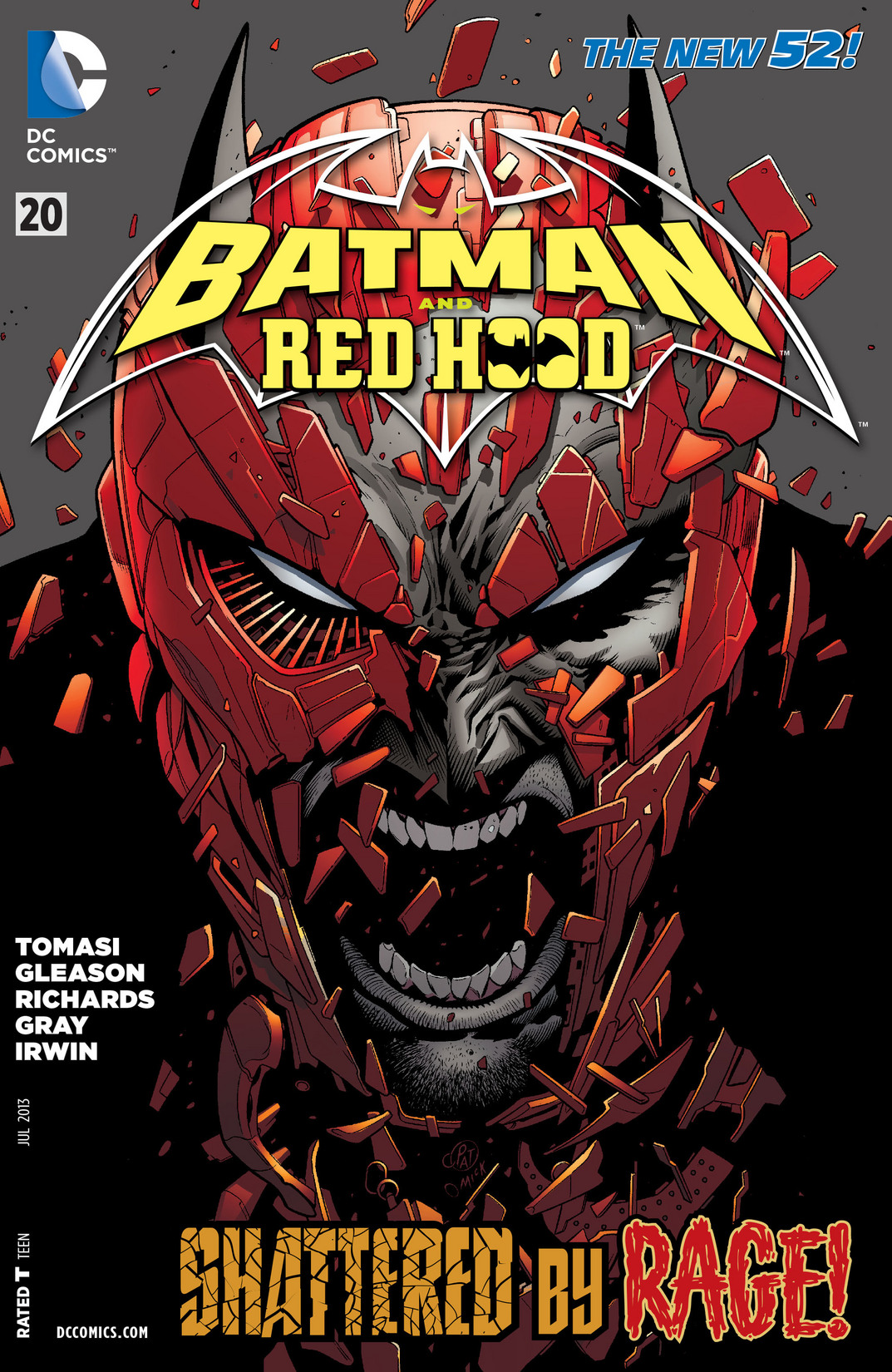 Another former Robin comes back to aid Batman, this time around it’s Red Hood and his rage against circumstances. Click the jump to see more.

In this issue, Bruce deals with an inquisitive Carrie Kelley before taking out a group of mercenaries with Red Hood. We know, based on previously released information, that Red Hood will be showing up this issue, and that Batman will be working through his anger over Damian’s death. Considering after this issue, Red Hood will go on a mission to lose some memories, it is fair to assume that things will go poorly between Bruce and Jason. Last issue had Batman willing to kidnap and maim Frankenstein, a fellow hero, to try and revive poor Damian, and though I understand grief can incite you to do terrible things, that is not a version of Batman I want to see, so altogether, I find myself with a lot of reasons to be skeptical of this issue.

Carrie Kelley Needs To Be Introduced to Joker’s Crowbar

I am really hoping Carrie Kelley is not the next Robin because I cannot stand her. I’m tempted to make this a long diatribe, but I’ll try to keep it short.

Carrie comes back to Wayne Manor because she wants to know whats going on with Damian, and she also wants to return the money she did not earn. I think that is something that we can all respect, right? My problem is the way she does it. When Bruce does not answer her questions, she shoves her bag into Alfred’s arms and starts strolling through Wayne Manor making herself at home. She calls Alfred Hobson presumably because that was the name of the butler of Arthur in the film Arthur which was a story about a spoiled rich playboy. By calling Alfred Hobson, Carrie is being dismissive of Alfred by failing to call him by his name or even show any interest in learning his name and she is dissing Bruce by comparing him to the spoiled and shallow Arthur. After playing around on Bruce’s baby grand without invitation and nosing through family photos, Carrie accuses Bruce of sending Damian away because he does not care about him. She also quotes Shakespeare when given a very small opening which, as I said last month, seems highly pretentious to me.

Coming into someone’s house, insulting the owner and father of your friend, screwing around with their stuff, condemning the father of your friend as a horrible person without provocation, and quoting Shakespeare to show how smart you are? Screw you, Carrie. Get the heck out.

Why Alfred would offer her a job is beyond me. I suppose he might be thinking this would be a good potential new Robin for Bruce, but surely there are better applicants. I guess this will at least gives a justification for her continuing appearances in the series.

The Bat and the Hood Moving past the agony which is Carrie Kelley, I really loved the rest of this issue. Bruce and Jason’s dynamics seemed spot on, and this actually fills in the blanks perfectly as to how Jason got to feeling so low by RHATO #19. For Bruce’s part, he is acting much more reasonably this time. He might not be acting exactly heroically, but he’s not being a monster either as he was in Batman and Red Robin, so I’m okay with his actions. Also, we get to see Bruce act a little darker than his usual self. It’s about time somebody pointed out that there are plenty of ways to permanently stop someone from being a threat without actually killing them especially when you are someone with as many resources and skills as Batman.

The two steps forward and one step back process to Bruce and Jason’s relationship might be frustrating to some, but considering this duos many personal issues, it’s hardly surprising. Obviously, events will depend largely on how RHATO #20 plays out, but I will be interested in seeing how these two will interact the next time they meet.

1. Adding to my dislike to Carrie Kelley is her ear gauges. I don’t know why people do that to themselves. It looks horrible.

2. Red Hood’s mask in this issue is shown to consist of a bunch edges and lines rather than being almost completely smooth. Does anybody know the reason for this? Was the mask shattered? Is this just a specific variation of Red Hood’s maks? Is it always supposed to be like this, but you just cannot tell unless you are very close?

3. The Batwing/Bat Buggy was really cool if completely ridiculous.

4. It’s nice to see a story line from Batman, Incorporated cross over with Batman and…

5. In Batman and Robin #18, a Robin suit is shown in the Bat Cave that looked distinctly feminine, and I speculated that it might belong to Stephanie. (Click Here To See It) This issue showed Jason in his Robin suit via flashback, and it looked a bit like the suit seen in Batman and Robin #18. However, the mask, collar, and belt are still different, and the suit in 18 definitely looks like it was cut in a feminine style. I’m not sure what to make of all this.

6. (Spoiler) It will be interesting to see what Two-Face brings to the table.

Jeremy is a a collaborator for DKN, but he also has his own Batman site called BatWatch.net. You can check him out there as well. See his other Batman book reviews down below of your favorite Batman universe characters.