Kevin Conroy Will Not Return for Batman: Arkham Origins 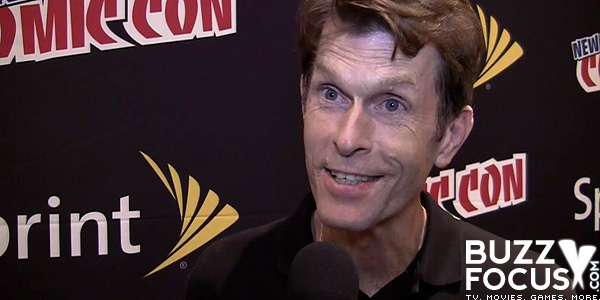 For many people growing up in the 90’s, Kevin Conroy is and will always be the voice of Batman after his long-running tenure in the DC Animated Universe, several of the DC direct-to-DVD animated movies, as well as the Arkham games. But will he be in the new prequel, Arkham Origins? Click the jump to read more.

Personally, I didn’t grow up with Kevin Conroy, but for me, his portrayal of the Bats trumps any portrayal, live-action or otherwise for being able show us the many faces of Batman while still staying true to the character, whether it be his vulnerable side in the early days of Batman: The Animated Series, the tough-as-nails senior citizen in Batman Beyond, or the calloused and aloof part-timer in the Justice League. It’s always comforting to see him back on the roster playing the Dark Knight in any new iteration of the character. I know his voice in Injustice: Gods Among Us, along with several of the DCAU alumni, was one of the more enticing aspects of a game that  I wasn’t sure that I wanted to play.

Having voiced Bats in both parts of the wildly successful Arkham franchise, most people expected he’d be back for the new Batman: Arkham Origins that WB just announced for October 25th. Unfortunately, that doesn’t seem to be the case. The print edition of NAG magazine got the scoop that Kevin Conroy will, in fact, not be returning to voice the role of our favorite superhero.

Arkham Origins is meant to be a prequel, therefore following a much younger Bats and as a result of this direction, WB Montreal has stated that they plan on going a different direction. At the moment, there is no information on the identity of this new actor or whether or not they’ve even cast him.

I am becoming increasingly disappointed with each news bit coming out for this game. So far the more heartbreaking news includes the fact that Paul Dini will not return to write it, RockSteady is not returning to develop it, Mark Hamill will not be returning to voice the Joker, and now this. I understand that that WB Montreal wants to stand apart from RockSteady and develop their own identity, but why reinvent the wheel and disappoint longtime fans of the Bats? In the announcement video released a few weeks back, one of the developers exclaimed his enthusiasm at being the first Arkham game set in the streets of Gotham. My first thought was “They were ARKHAM games! Of course, it’s not going to be set in Gotham.” For someone to really the miss the point so severely, it’s hard to have faith.

How do you feel about the game so far? Are you disappointed that Kevin Conroy isn’t coming back? Or are you excited for a new actor to take a stab at the Caped Crusader? Let me know.