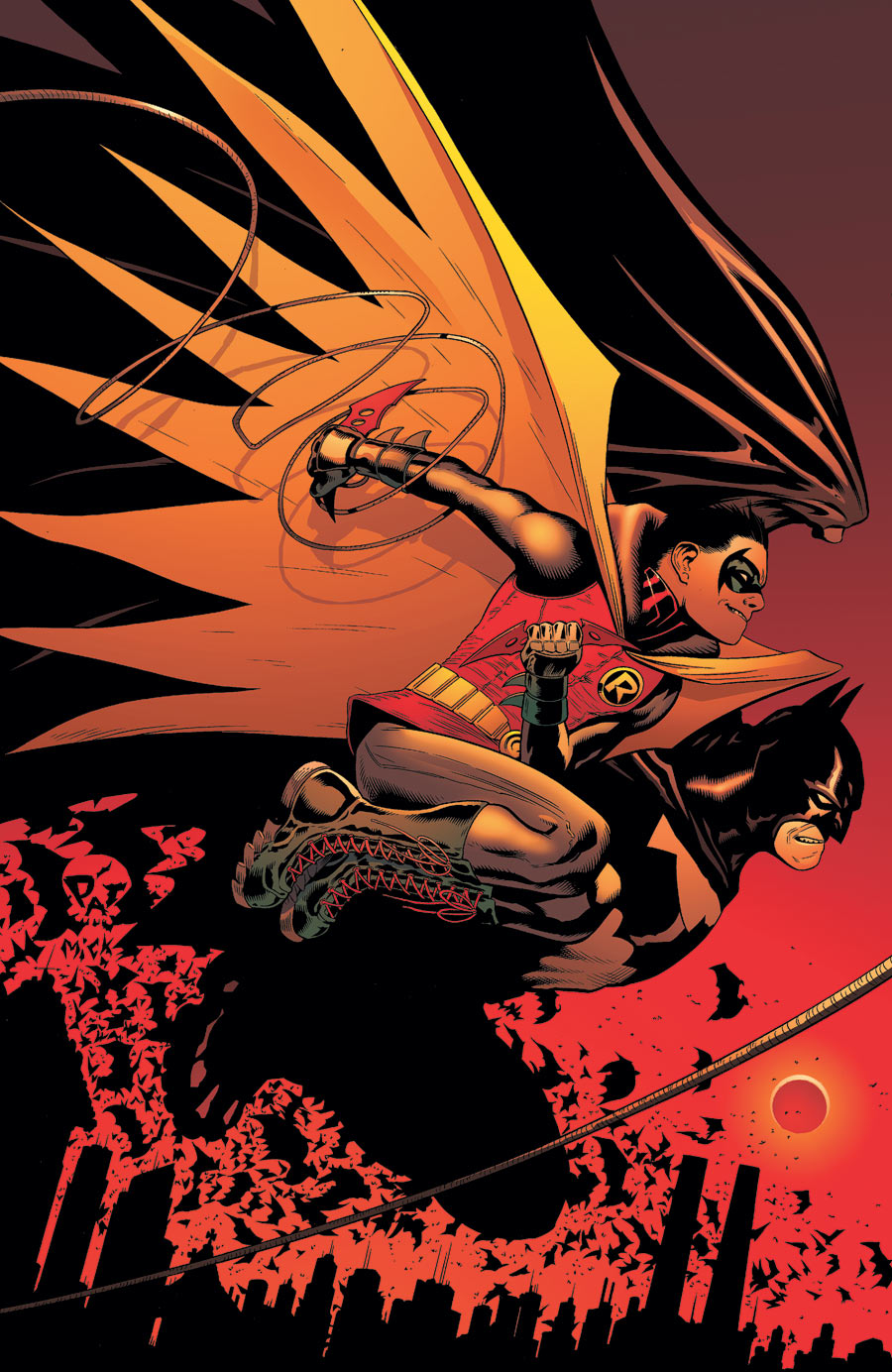 If you haven’t already shed a tear since finding out the fate of Damian Wayne aka Robin, then you will after reading this. Click the jump to see more.

This article is more of a spoiler for what’s to come after the conclusion of Damian Wayne’s fate in Batman INC #8. More or less, the question that comes to mind is will the comic book title continue to be called Batman & Robin here’s what Peter J. Tomasi (writer of Batman & Robin) says about the title:

As far as title changes are concerned more or less, Batman & Robin should still be called Batman & Robin even though there is no Robin. Since Jason Todd (Red Hood) and Tim Drake (Red Robin) will be featured in the next future issues, it will be considered Batman & Robin because these are former Robins. So, it is clear that the other Bat-family members will be coming back and it seems to be a revolving door of guest appearances. Basically, Issue #17 of Batman & Robin will be last we see of Damian for awhile and Tomasi has stated that Issue #18 will be a silent issue here’s more of he says:

Issue #18 is a pure aftermath issue. All emotion. Heart on the sleeve. And most importantly, it is an all silent issue. No word balloons, no sound effects, no nothing, just the amazing artwork of Patrick Gleason pouring his heart out onto the page. It had me choking up when I saw the pencils. I’m hoping we can run the script and the penciled pages when the story is collected.

When I write a script I’m notating dialogue all the time, so I was halfway through the issue when I realized I hadn’t written a line of dialogue coming from anyone, so I realized I had to get out of the way and let the story be silent and completely visual.

Patrick Gleason (artist of Batman & Robin) is really great at showing visual artwork without words. If you haven’t seen his most recent work on Batman & Robin #15–16, his Joker and Damian visual dialogue is fantastic! From what rumors have been speculating for awhile now is that Harper Row (Scott Snyder’s original character) might become the next Robin. If so, I wonder how people will react to her arrival as the new Robin?

If you would like to see more of Peter Tomasi’s interview and some more spoilers for the future title of Batman & Robin. Go to the source link below. 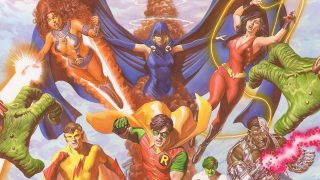 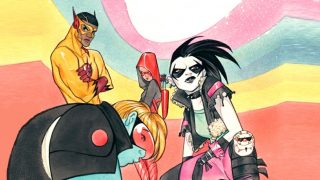