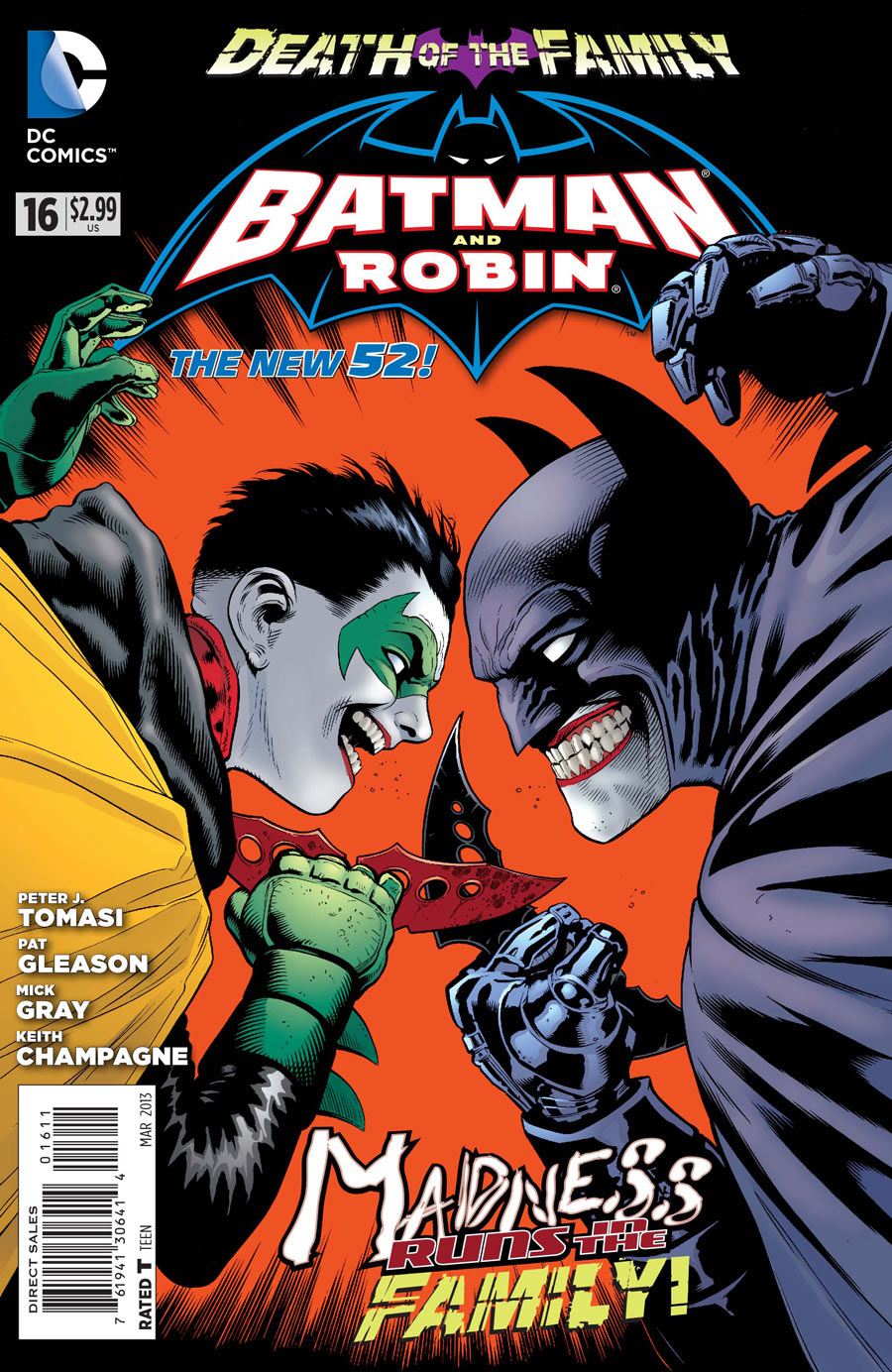 “Death of a Family” continues for Batman & Robin #16. Damian must now fight a Jokerized Batman, which might be harder than it looks. Click the jump to see more.

PLOT: “DEATH OF THE FAMILY” continues here! Has The Joker broken Damian? Has Batman’s son met his fate at the hands of The Clown Prince of Crime? 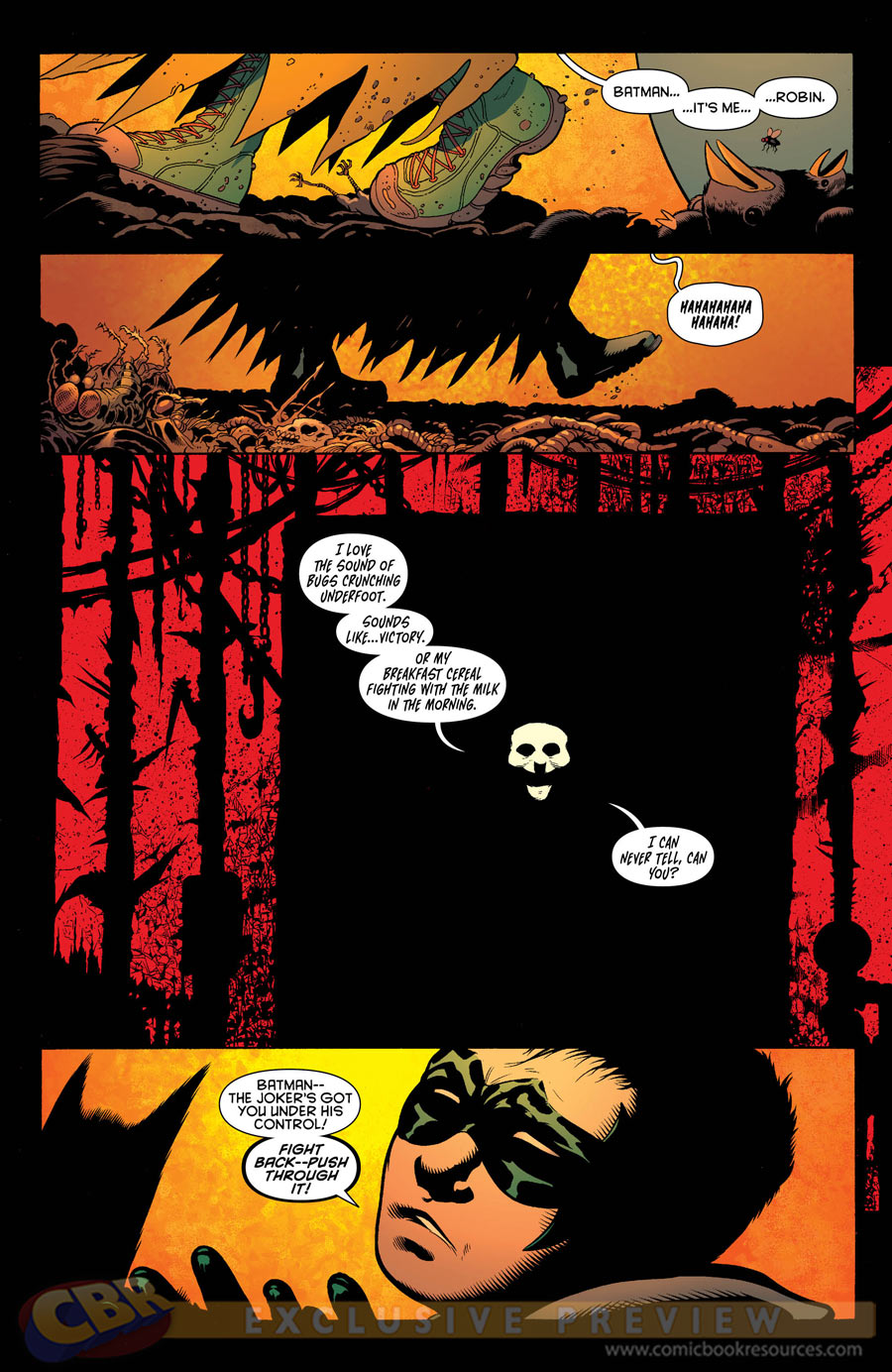 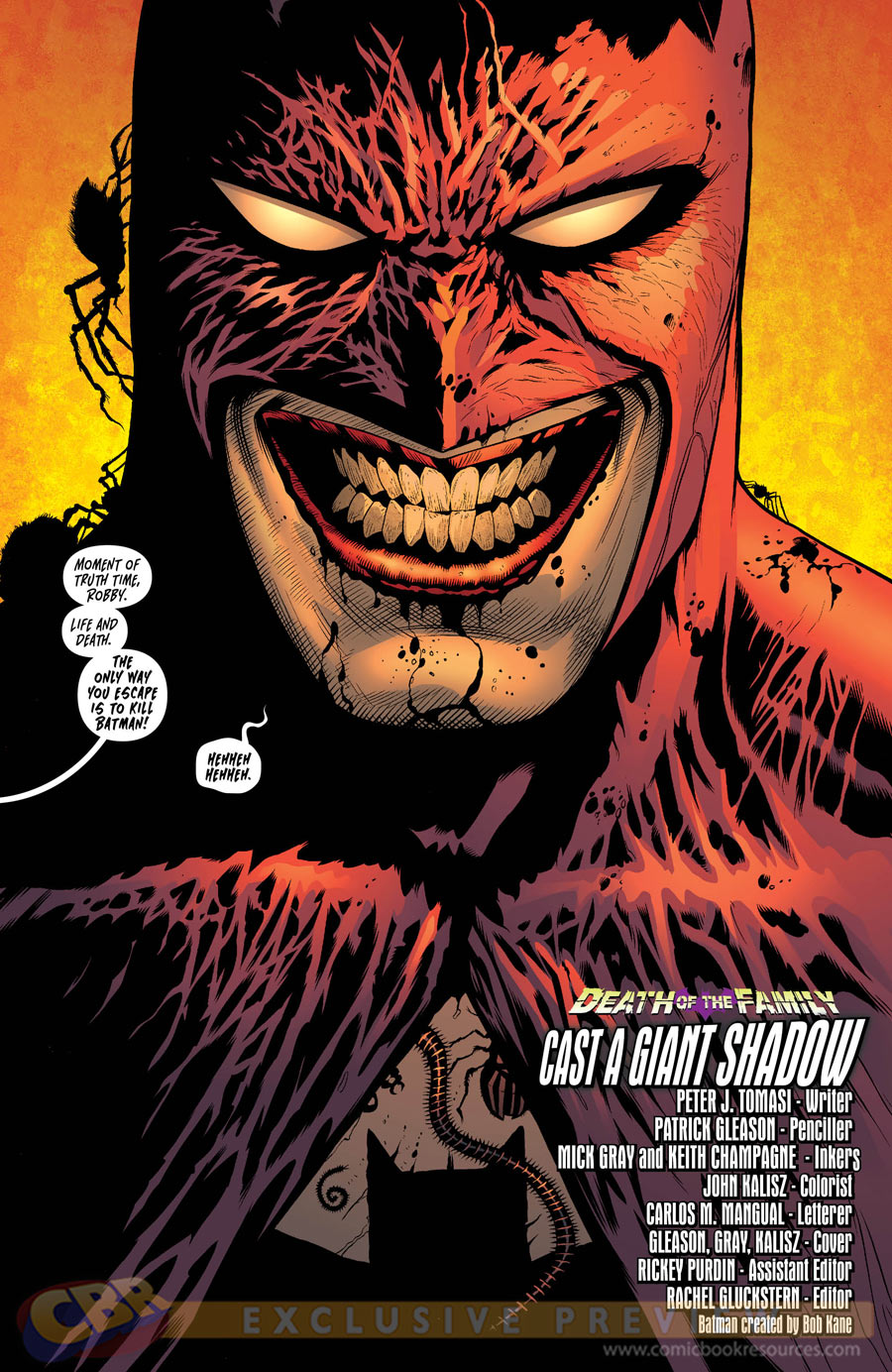 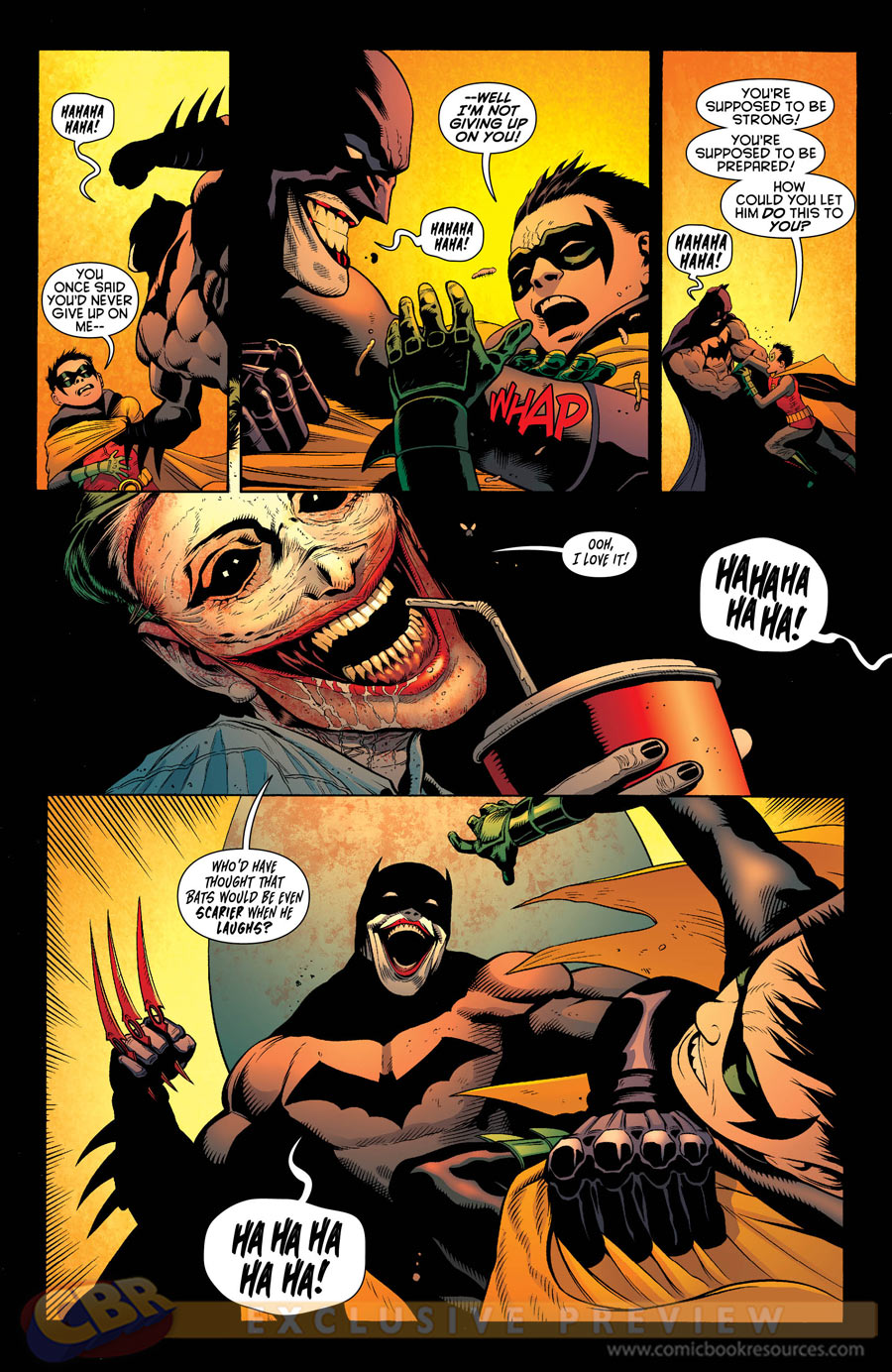 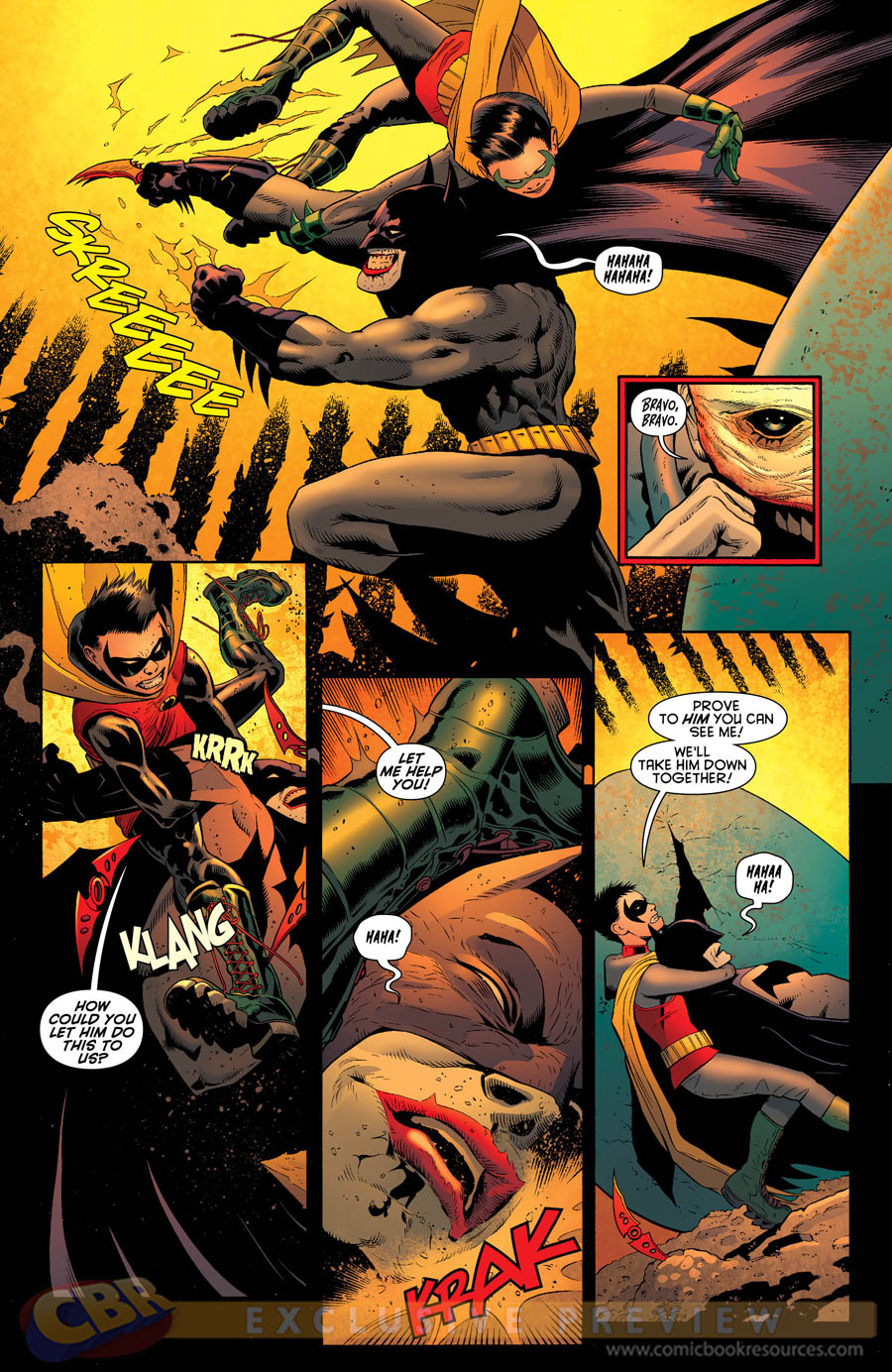