RATING: Enjoyable Issue, read to see the bonding between Bruce & his son, Damian.

Peter Tomasi has done extremely at making Damian, an enjoyable character. Prior to Tomasi, Damian was much of a hated character, in which fans despised him. Nowadays, he is the most bad ass of all the Robins. Tomasi has tried to create a bond between Bruce and Damian, by establishing father and son for the two characters since the beginning. In Issue #13, all the hard work that Tomasi has put is starting to pay off and show.

In Issue #13, Tomasi gears up the arrival of the Joker by showing Damian diligently researching the Joker’s criminal record. Bruce uses this moment to take Damian up into space to fix one of their Batman communication satellites. While they are fixing the satellite, the two characters have a heart to heart, showing how Bruce has become more of a father to Damian. How Damian has calmed down since Bruce is in his life now. The scene was very beautiful in deed. After this, Tomasi introduces a new threat to Gotham, zombies! Since this is October and Batman & Robin are an issue comic book, it seems best to involve a Halloween special issue for this month. However, the continuation of this story line will continue onto the next issue.

As for the art, Patrick Gleason only did half of this issue while another artist, Tomas Giorello did the other half of the issue. Gleason as always uses his panels with purpose showcasing suspense. However, for his bonding moment between Bruce and Damian was not empathized as much. Gleason was more focused on the style of the bonding moment, where you see tons of the eclipse and the reflection of the eclipse in Damian’s goggles. I would have preferred to see the emotional facial features of the two instead of the wide shot of the solar eclipse. Gleason is most known for his action sequences. The other half of issue, Giorello uses a lot of hard facial features. The hard features were great for the zombies, however, when placed on Damian’s face; he looked like he aged from ten to 19 years old.

This issue was good showing character development from both Bruce and Damian. This will continue as Tomasi claimed at New York Comic Con 2012 that he wants to continue to build Damian’s character. 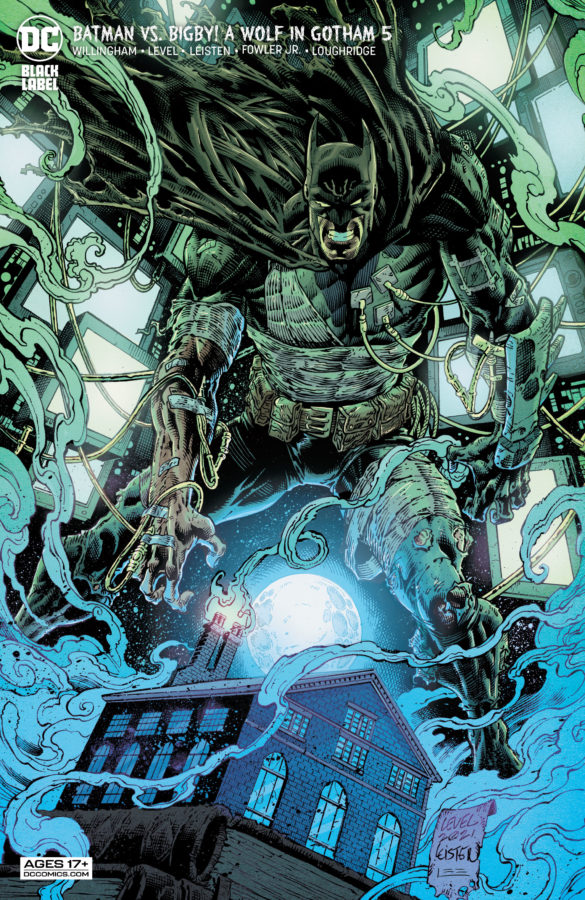 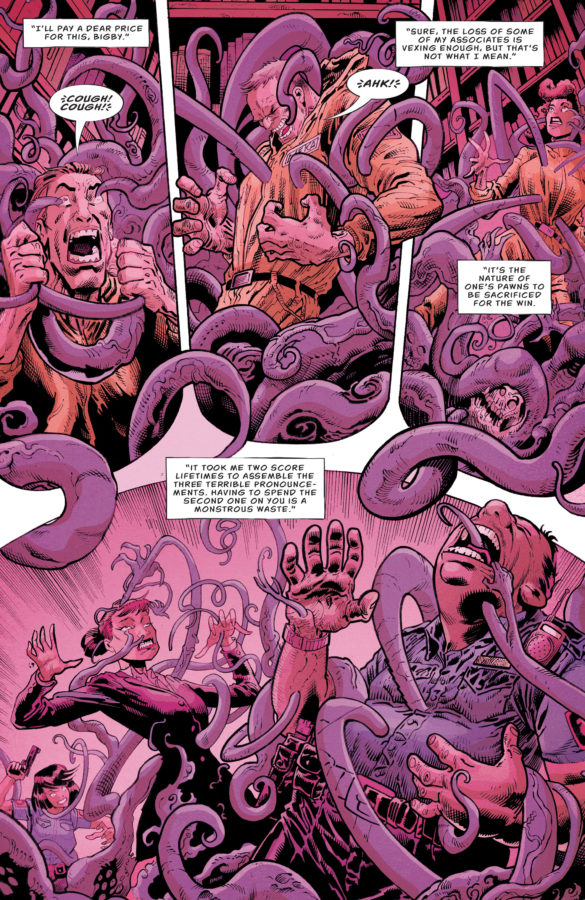 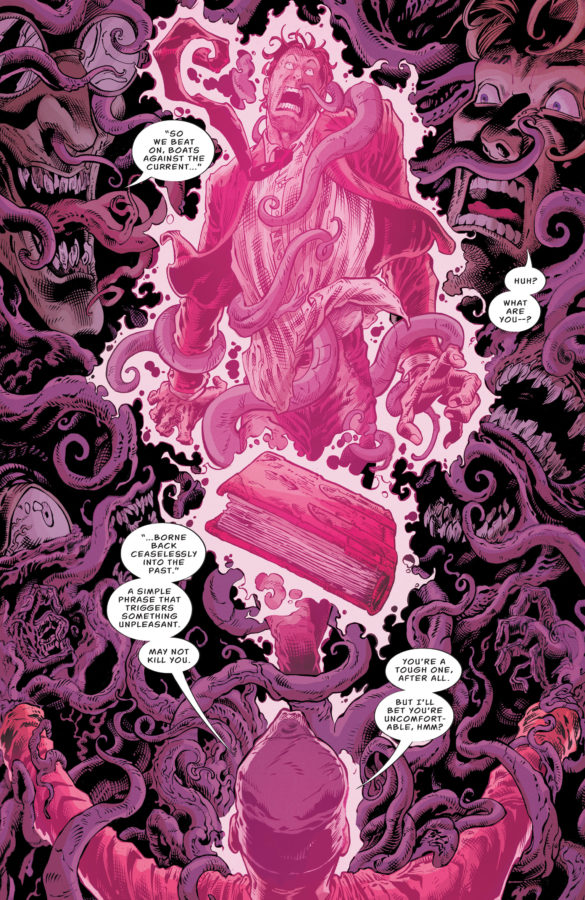 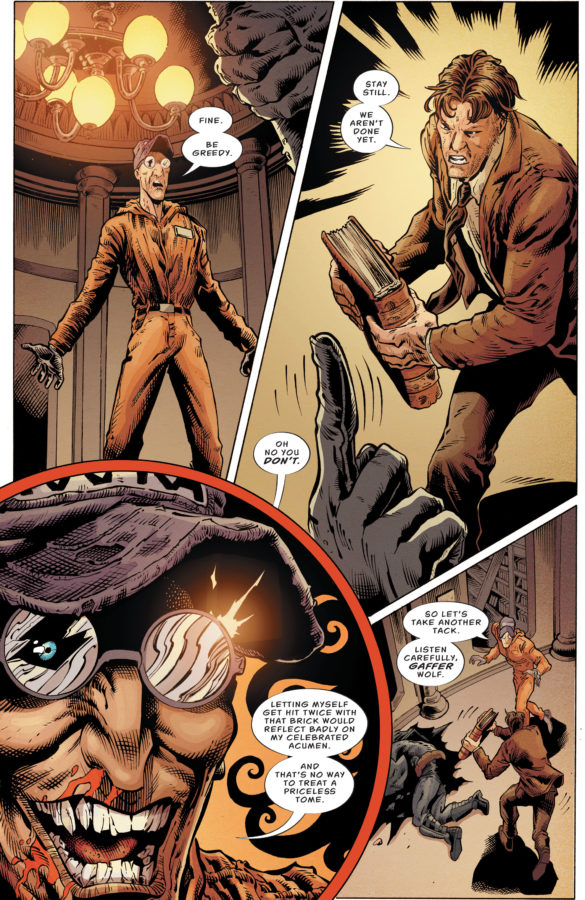 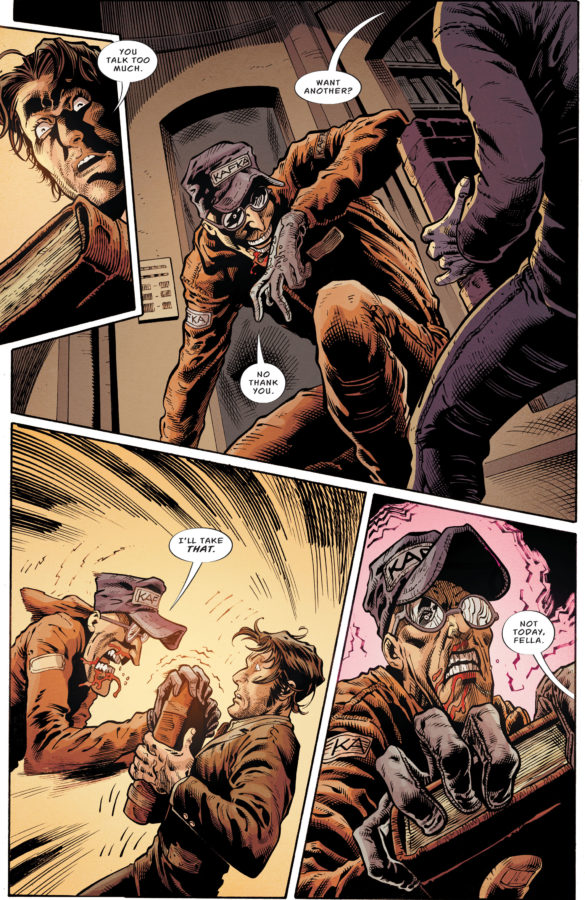