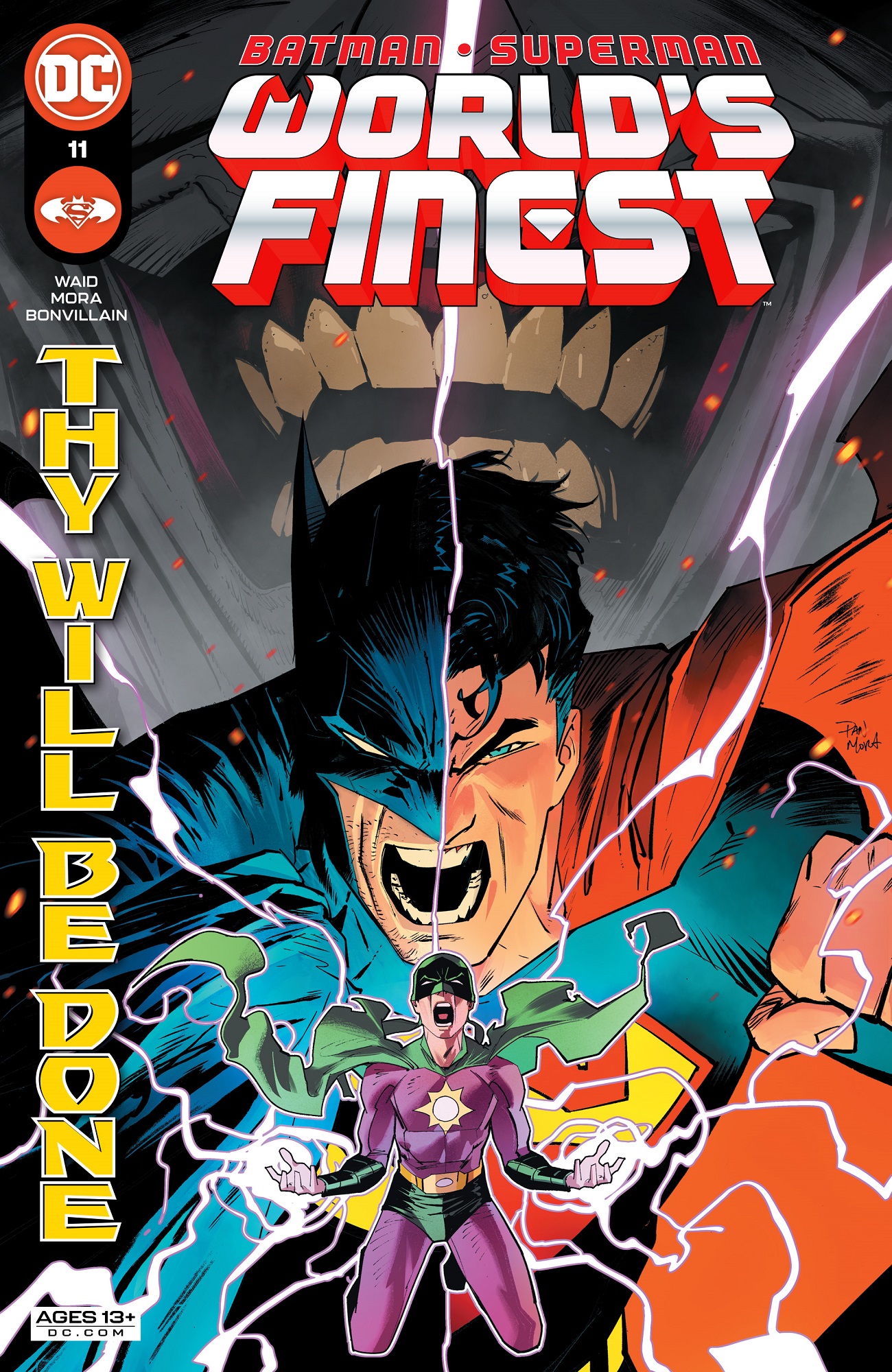 Boy Thunder exposes his inner demons, as Batman and Superman look on in horror in this month’s Batman/Superman: World’s Finest #11.

Although the heroes intervened, preventing Boy Thunder from killing the Joker, the damage had been done. Superman and Batman had now lost their trust in the fledgling hero, forcing the Man of Steel to resort to drastic measures in order to prevent David from ever doing this again.

Last issue’s cliffhanger revealed Boy Thunder’s true identity. It turns out that David is actually the villain/anti-hero Magog, from Mark Waid and Alex Ross’s seminal graphic novel, Kingdom Come. For those of you who may not be familiar with this vintage tale, the story is a beloved epic featuring a dystopian future version of the DCU.

Although Kingdom Come was for a long time considered a non-canonical story, DC has tried multiple times to incorporate elements of the tale into its main continuity. However, the story became so popular that the sage was given its own reality in DC’s Multiverse after the events of Infinite Crisis, so the fact that Waid has returned to the character implies that he has plans for revisiting his masterpiece, which is a tricky task. Readers could possibly unfavorably compare Waid’s current work with Kingdom Come. 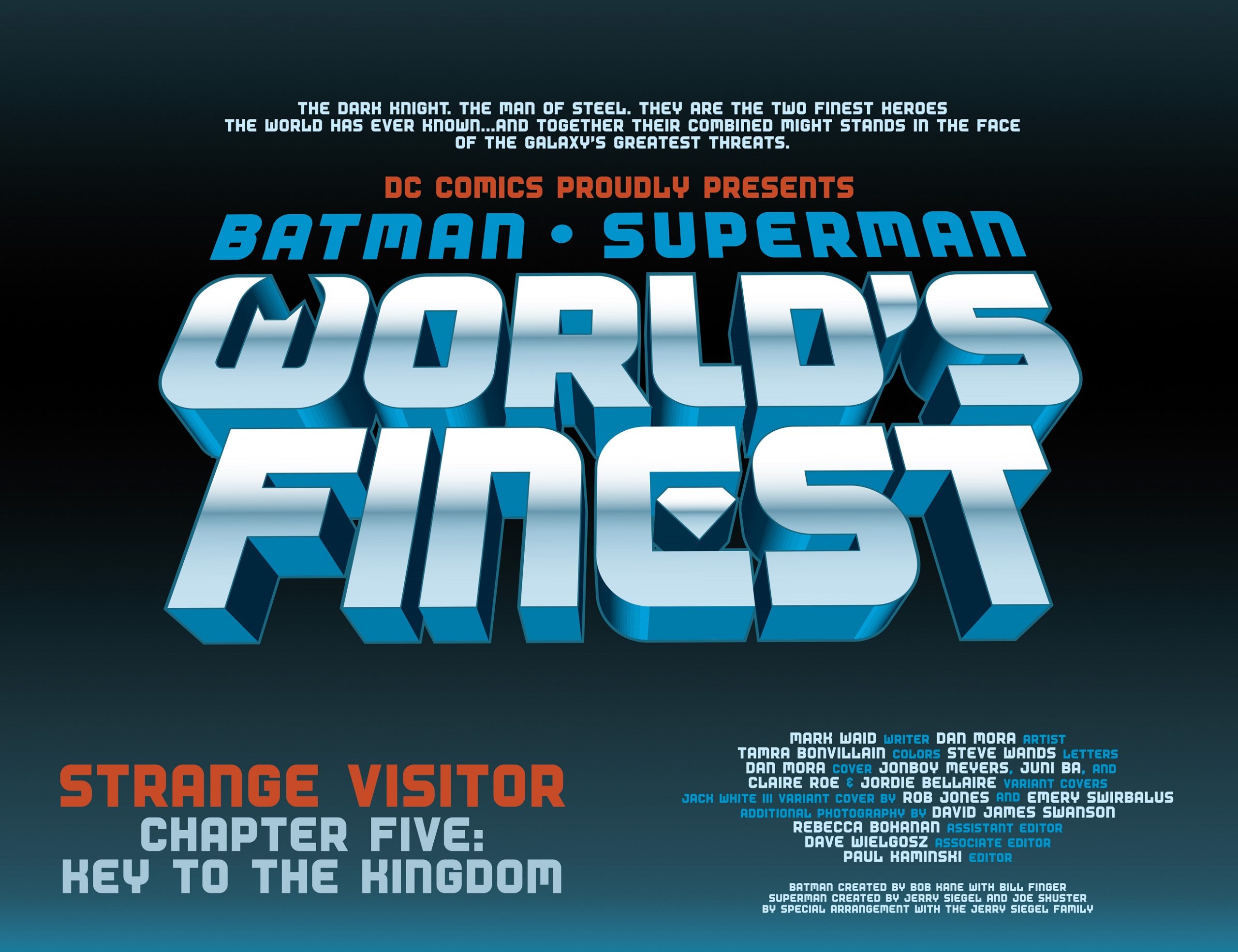 Personally, I think the introduction of Magog is brilliant. World’s Finest weaves the old and the contemporary together, establishing an interesting continuity as context for Kingdom Come. There have been a few stabs in the past at establishing Magog’s backstory, however, each of them was pitched as the Magog of Earth-0.

As far as I know, we’ve yet to have a definitive origin for the Magog of Kingdom Come (Earth-22). Thus, Boy Thunder’s relationship with Superman and the Joker now explains the events of Waid’s masterpiece, while firmly tying the story to DC’s main continuity. Also, the epilogue of World’s Finest #11 opens the door to Waid addressing his Kingdom Come sequel, The Kingdom, which opens up a plethora of interesting storytelling possibilities.

As to be expected, Dan Mora once again delivers an excellently drawn issue that highlights all of his strengths as an artist. His characters are expressive, his action sequences are dynamic, his visual pacing is spot-on, and his draftsmanship is second to none. As far as traditional comic book artists go, Dan has it all. His style is accessible and visually stunning.

One aspect that I particularly love about Mora’s art is his character designs. Over the past eleven issues, he’s visually captured a bygone age of DC with a modern twist. Tonally, World’s Finest is a Silver Age book and visually, it unapologetically leans into Silver Age character designs. It’s especially clear with the Teen Titans, as Mora draws them in their original costumes. This homage to DC’s past is charming, as this series captures the joy and excitement of comics from yesteryear.

World’s Finest #11 is incredible. It’s apparent that Waid isn’t done with this story, so I’m excited to see what happens next. Mora continues to impress with what’s obviously a remarkable talent and I don’t think I could ask for much more in a series.