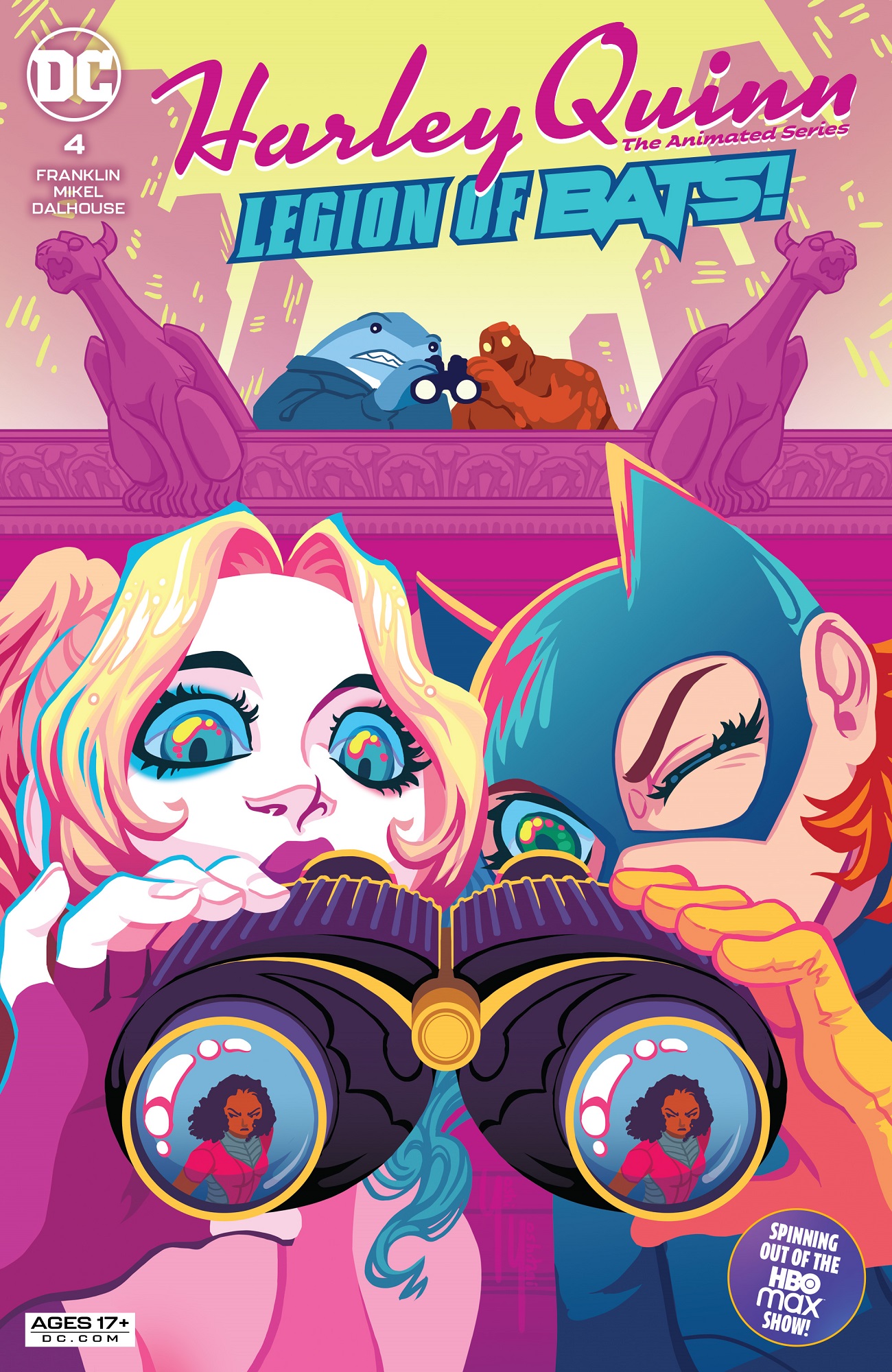 Harley Quinn: The Animated Series – Legion of Bats #4 gets wonderfully dramatic, as the code word this issue is “secrets“. What is the true definition of a secret? Harley and Ivy must be pondering that themselves this issue as they’re each holding something back.

The gang’s in full swing and there’s much in store for our beloved characters. Before we dive in though, the covers for this issue are some of my absolute favorites.

I know, I say that a lot but it really seems at this point like the artists are just giving it their all and just having a blast! From a nostalgic hilarious “family” photo of the Bats and Harley to a visual representation of being split down the middle, each cover is a fantastic choice. Kudos to Dan Hipp, Yoshi Yoshitani, and Ranae De Liz for giving us everything and more.

Ivy’s still coming to terms with the fact that her ex is in town, they’ve had dinner together, and talked on the phone without Harley knowing. Not only is she facing her own feelings on the matter, but stressing over Ms. Quinn’s reaction to the situation. Frank tries to be her voice of reason but his words seem to be falling on deaf ears.

Meanwhile, Harley narrowly avoids King Shark and Clayface’s questions about meeting up with Babs to discuss the details of a mission. Their conversation’s interrupted by Lady Marabunta in the midst of kidnapping one of the Fox children. Springing into action, they seem to save the day but there is far more than meets the eye. A plot is brewing, one that spells disaster with a capital D.

There’s a lot to unpack from this book and the tension’s definitely building. New characters are joining the fray and that just builds the enjoyment, making us excited to see how their roles will unfold in coming issues. Also, as a bonus we get two artists this issue with Shae Beagle and Jon Mikel taking parts in the book. Watching the interactions of the Bat family is always hilarious. I literally laughed when Nightwing got called a “Butt Munch.”

With so many plots unfolding I’m excited to see where the events of Harley Quinn: The Animated Series – Legion of Bats #4 will lead us. I’m certainly excited to see what awaits Harley and Ivy as they both try to figure out where they stand, both as individuals and together as a couple. Also… just what is Lady Marabunta up to? It seems like she’s much more than meets the eye. I guess we will all see in the next issue.